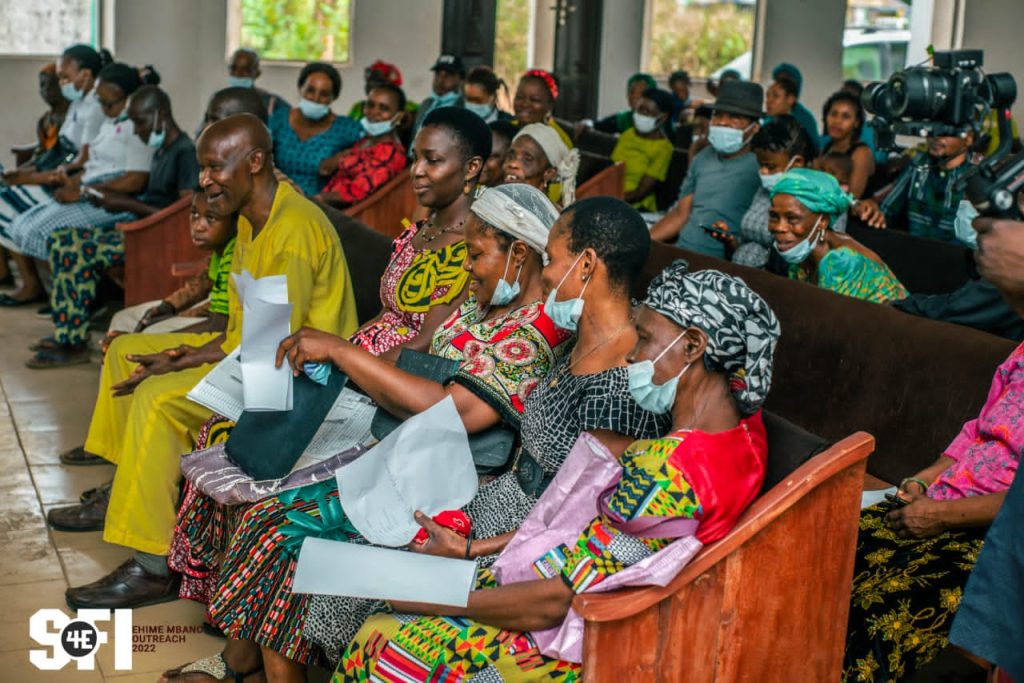 The six-day medical outreach organised by the senator, representing Imo North in the National Assembly, Chukwuma Frank Ibezim, has come to a beautiful climax, leaving octane notes of service and appreciation.

The outreach, which kicked off at designated centres in Okigwe Local Government Area, also stretched to the five other LGAs across the constituency, including Isiala Mbano, Ihitte Uboma, Obowo, Ehime Mbano and Onuimo.

Several constituents with one health challenge or another thronged the various venues and were attended to by top-notch health professionals that came for the outreach.

The medical team did not only listen patiently to the complaints of the people, they also dutifully diagnosed their ailments and prescribed appropriate treatment, including educating them on healthy lifestyles.

They took turns to educate the people on what to do to keep healthy and encouraged them to abstain from foods, activities and places that can be injurious to their health as well as calling on them not to hide their medical history from medical practitioners if they want solutions.

The beneficiaries poured encomiums on Ibezim for delivering on his campaign promises, adding that the medical outreach came at the right time, especially for the sick and elderly ones, who lack resources to seek for medical attention.

They also prayed for the senator and urged him to make the medical outreach a routine activity, assuring him of their continued support.

Speaking at the climax of the exercise at the his home church, St. Paul’s Cathedral, Ezeoke Nsu, Ehime Mbano LGA, Ibezim, on behalf of Imo North Senatorial District, thanked Governor Hope Uzodinma, the National Primary Healthcare Agency, and all the health care professionals for their support and participation in medical outreach, praying God to reward them in immeasurable ways.
During the service where octogenarians in the church were celebrated, the oldies also received on-the-spot medical assessment and treatment while Ibezim gave them them gift tokens.

Meanwhile, Sen. Ibezim also visited Amauzari community in Isiala Mbano LGA where he met with leaders and other well meaning sons and daughters of the community. He commiserated with the people over their losses during the flooding of last rainy season.

Ibezim had during that devastating occurrence reached out to the leaders of Amauzari community and promptly deployed his Constituency Technical Officers to liaise with identified flood victims to ascertain their immediate needs.

As a follow up, the Distinguished Senator partnered with the National Emergency Management Agency, NEMA, the state government and other SFI partners to assist the people of Amauzari in many ways.

Apart from the relief items and cash awards Ibezim doled out to the victims, the Senator met with the community’s think tank to plan processes for emergency management and disaster mitigation as we enter this year’s rainy season.

Senator Ibezim committed himself to continuing to work with both the state and Federal Government to resolve conditions that result in such natural disasters.

He urged the people of Amauzari to be patient, as there are no quick fixes to the threats of natural disasters.

However, the senator reassured them of his commitment to assist his constituents and mitigate their suffering while working and partnering with relevant agencies to address conditions that exacerbate such emergencies.