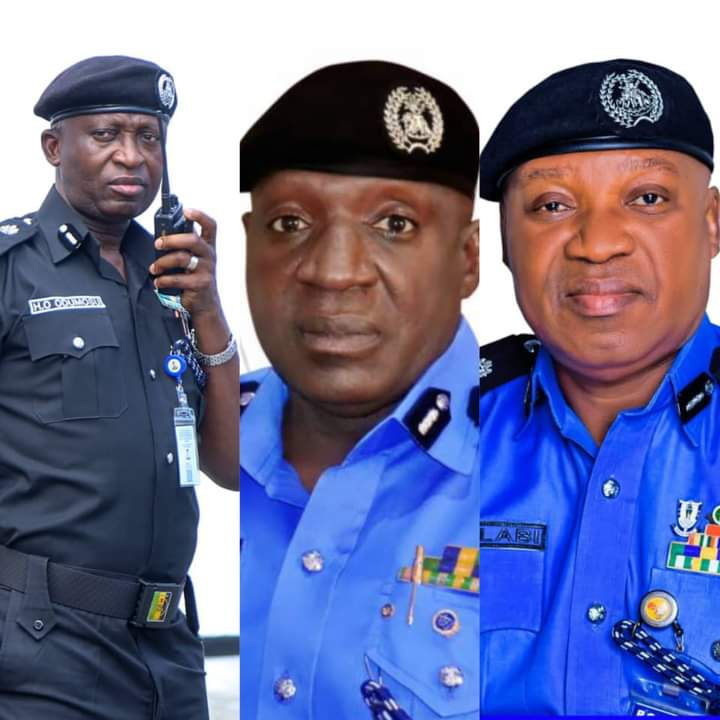 This is because
Odumosu who was promoted three weeks ago from the rank of Commissioner of Police (CP) to the next rank of Assistant Inspector-General (AIG) of Police by Police Service Commission (PSC) will be decorated tomorrow Friday January 14, 2022 with his new rank

A signal from office of the Inspector-General of Police (IGP) Alkali Usman Baba with Reference DTO; 121715/01/2022 directed that, “decorating newly promoted senior officers from the rank of Commissioners of Police is scheduled for Friday January 14, 2022”

Odumosu is due to retire on January 22 after completing his statutory age. He served meritoriously in Lagos During his tenure Odumosu had sleepless nights resulting in low crime rate in Lagos.

Discrete investigations reveal that, two CPs are on the chess board one of who wilk succeed Odumosu tomorrow

We reliably learnt that, though
Mohamned, had served in various capacities in Lagos State like Odumosu.”and knows Lagos terrain like his palm, Lagos State governor Babatinde Sanwo+Olu is said not to be dispose to him.

We also learnt that, Babajide Sanwo-Olu had made an overture to the IGP Alkali and to the Police Service Commission (PSC) on behalf of CP Alabi

Alabi like Mohammed who knows Lagos terrain like his palm, once served as DPO in Lagos then as Mobile Squadron Commander in two different Mobile Squadrons also in Lagos where he quelled several riots
He was later moved to Bayelsa and Tarava states as a DCP..
Several officers in Lagos State command who spoke under strict anonymity saud, they “prefer Alabi to Mohammed. He is a simple officer every police man would be free to work with. Though he is a tough officer yet he does not intimate officers who work under him,” many officers said at separate times.
However it is not yet clear if Gov Sanwo-Olu would have his choice approved by the PSC and FHQ

The SUPREME diiscrete investigations reveal that, Sabwo-Olu”s grouse against Mohammed is that he was allegedly soft towards northern commercial motor cyclists (Okada’ riders) who were said to have contravened the COVID-19 lockdown order
We reliably learnt that the governor summoned Mohammed to his residence on a weekend in 2019 and challenged him on the allegation that he (Mohammed) was soft towards Northern Okada’ riders
Mohamned was DC Operations in Lagos State before he was promoted to CP last year
.
FHQ source hinted that, Alabi may be deployed to Delta to replace Mohamned if Mohammed is eventually moved to Lagos

We reliably learnt that the signal of posting of the officers was slated for last week Friday January 7, 2022 but was postponed till tomorrow because the Permanent Secretary of PSC was still on holidays.

Promotion is good most especially when the person Merritt it
As for police,well,I believe they still have much to do