IN WHATEVER FIELD I FIND MYSELF, I TRY TO PROVIDE SOLUTIONS – FOLAKE ANI-MUMUNEY 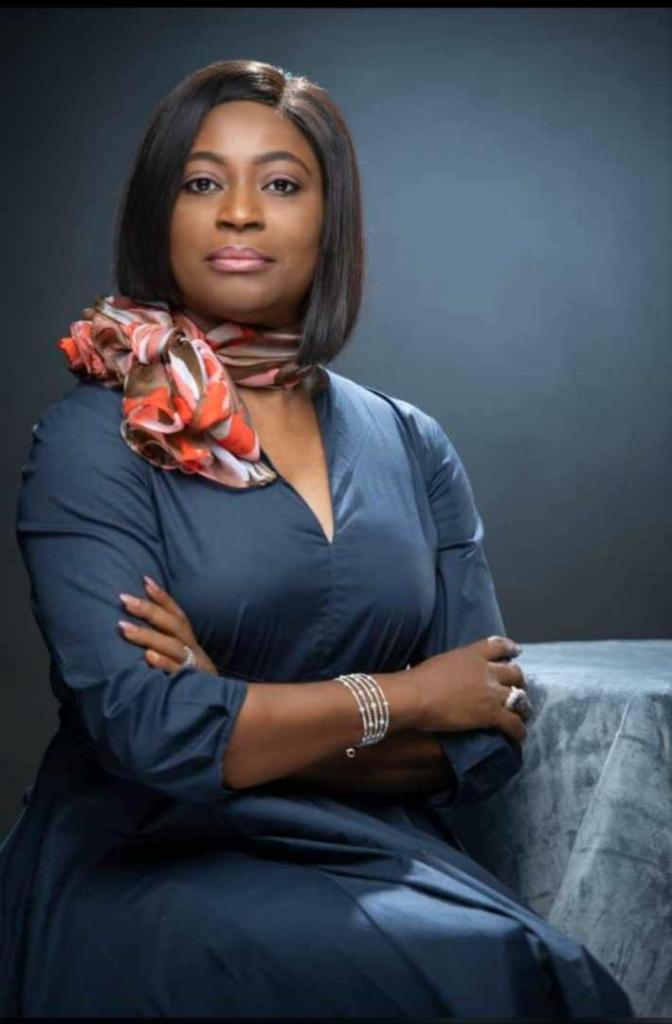 The marketing professional who sells the best of Africa, Folake Ani-Mumuney

The world knows her to be a marketing expert, but she likes to think of herself as a solutions provider. She was the first black woman in a top management position in British Airways, managing the marketing functions for both Europe and Africa.

She is credited with initiating online ticketing and online check-in, and it was because of her expressed interest in Africa that Europe and Africa were merged for marketing purposes under British Airways. She now leads the Marketing & Corporate Communications team, First Bank Limited/ FBN holdings as the Global Head.

She is Folake Ani-Mumuney; FAM, as some of her colleagues like to call her.

Folake was born on 13th May 1968 in Lagos Nigeria, to the family of late Dr Francis Owosina, former Medical Director of the National Orthopedic Hospital who served between 1977 and 1989.

Her father was reputed as the brain behind the recognition of the National Orthopaedic Hospital, Igbobi as a World Health Organisation collaborating centre in 1979, after he introduced hip replacement and spinal surgery and developed the general and specialised Orthopaedic and Emergency Services department of the hospital. One might say that Folake already had high bars to surmount based on the sheer magnitude of her father’s precedence.

When her elder sister was to resume school, Folake cried and wailed insisting on going to school as well. Because of this, she started schooling quite early such that at the age of 15, she was already done with her secondary education and had already been admitted to study law at the University of Ife. Her parents felt she was too young to go to a university, and instead enrolled her at Queen’s College, Lagos, to do her A-levels.

However, one of her uncles chided their decision, pleading that she be allowed to go to the university. Her parents eventually settled to allow her study Philosophy at the University first, before going to do law. It didn’t seem proper to them that she could become a lawyer at the age of 19. After the degree in Philosophy, Folake went to the University of Buckingham, England to study law.

After her law degree, Folake decided to do a diploma in Business Computing Systems Analysis and Design. “I felt I had missed out on the internet revolution and that was my way of catching up,” she said in an interview.

While studying business computing, she learnt SQL (Structured Query Language) and learnt how to code and build things. “It helped me to become what I have become today, which is a solutions provider.  I don’t say I am a marketer or I am a strategist or I am a business analyst, which are all things I have done.  I provide solutions.

In whatever field I find myself, I try to provide solutions.  The only thing I don’t think I can do is maybe brain surgery or rocket science.  But everything else, there is a principle, there is an approach, and if you don’t know, go find out who knows and put it all together.”

She later attended the Harvard Business School for an Executive Program. She has several management certificates and affiliations with many professional bodies.

In 1999, FAM joined the British Airways Plc as a graduate trainee and was put on a fast-track program to become a Business Analyst (UK) Strategy & Business Planning Manager. This meant she had to think along the lines of providing solutions to the business.

“We did amazing things. We conceptualized a whole idea of moving everything online—online ticketing, online check-in.  People said it would be impossible but we did it. I was a big part of creating Terminal 5.  It was a huge, huge project, to be able to bring everything in, bringing the network and everything,” she recalled in an interview.

When she indicated interest, she was posted to West Africa and one of the solutions she introduced was buying tickets from the bank. It was a unique solution for the West African market but was soon exported to other parts of the world.

She served as Head of Marketing Services, Africa for 4 years, and then spent another year as the Head Brands, Policies & Communications for Europe & Africa (covering 59 countries). In 2009, she left British Airways to join Dangote Group as the Chief Marketing and Communications Officer.

Recalling how she was headhunted to join the group after organizing the Mandela 90th birthday party in London, Folake said, “In less than two minutes he (Dangote) helped me make up my mind. I knew I wanted to be a part of something great, I knew I wanted to be part of taking a Nigerian brand to the global stage.

After all, I was doing that for an international brand.  And I did it very successfully such that I won awards and accolades. But he said: ‘Come and do it. Because if we don’t do it, if we don’t take Nigeria to the world, then the negative narrative on Nigeria is what we would hear—we would never hear the positive stories out of Nigeria.  So come and do this. Come and join me.”

She joined the Dangote Group and for the next year, was part of the drive to rebrand the organisation and project a positive narrative for the largest conglomerate in Africa to the rest of the world. From there, she moved to join First Bank Limited as the Head of Marketing and Corporate Communications. Mumuney was appointed to the Board of FBN Insurance Brokers Ltd in September 2017.

In 2017, Ani-Mumuney emerged as the 10th President and first female President of the Advertisers Association of Nigeria in a keenly contested election. She became Vice Chairman of the Junior Achievement Nigeria in August 2016, and Executive Council Member of the World Federation of Advertisers in March 2018.

Folake Ani-Mumuney also chairs or co-chairs a handful of private sector and NGO Boards, and also contributes to the public sector through her appointment into select committees.

She clinched the Lifetime Achievement awards at the Marketing World 2019 awards, in Ghana.