The Debt Albatross and Banking in Nigeria: Ecobank, Vigeo and Victor Osibodu 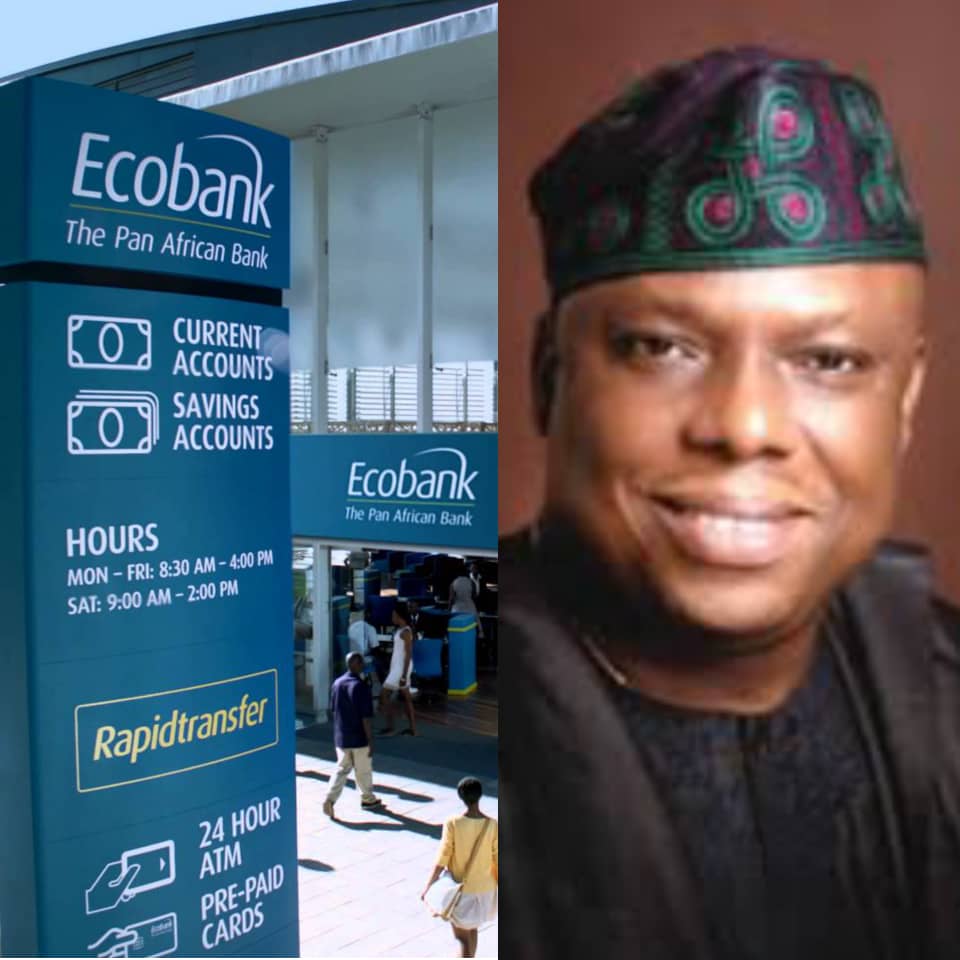 Vigeo Limited was granted various credit facilities to support its business in 2007 by the former Oceanic Bank (Now Ecobank Nigeria Limited), which it failed to liquidate upon expiration in 2008. The Bank had financed the purchase of the Vessel known as MV- OLUFUNKE on behalf of Vigeo and repayment of the facilities was to be made from cashflow from the Company’s operations, including cashflow from the financed Vessel. The facilities were secured with a Legal Mortgage over the Vessel  financed, as well as the Personal Guarantee of the Chairman of Vigeo, Mr. Victor Gbolade Osibodu, amongst others.

Interestingly, Mrs. Olufunke Osibodu, wife of the Chairman of Vigeo Limited was a former Managing Director of Ecobank Nigeria and a former top Group Executive of the Ecobank Group. She is also a major shareholder in Vigeo Limited, a company she owns with her husband. There are concerns in the market that Mrs Osibodu may have used her position as a former top Executive of the Bank to shield the company and her husband from settling the obligations.

In 2017, following Vigeo’s recalcitrant nature, Ecobank commenced a recovery action against the Company and Mr. Victor Gbolade Osibodu in Suit No. FHC/L/CS/1553/2017 – Ecobank Nigeria Limited v Vigeo Limited (Owners of MV Vigeo Olufunke) and Anor, for the recovery of the outstanding exposure, which was in excess of N26,000,000,000.00 (Twenty-Six Billion Naira) as at December 2021. The Court had early in 2017 granted a Mareva Order freezing the Company’s accounts in all Banks in Nigeria, based on an application filed by Ecobank in an attempt to recover the huge exposure, which constitutes its depositors’ and shareholders’ funds.

In the ongoing suit, Ecobank seeks the following reliefs:
An order of Court for payment of the outstanding sum plus interest at the rate agreed by the parties until final liquidation

An order of Court for the  forfeiture and sale of Victor Gbolade Osibodu’s beneficial ownership of 80% of Vigeo House at 6, Osborne Road, Ikoyi valued at about N800MM, pursuant to the personal Guarantee he executed in favour of the Bank

An order of forfeiture and sale of Victor Osibodu’s beneficial ownership  of the property at 16A, Milverton Road, Ikoyi valued at N700,000,000 as at 2017,

An order granting Ecobank ownership, control, lien and disposition of; all shares held in any companies by the 1stand 2nd defendants  with the Federal Republic of Nigeria, cash at hand and held in Bank or any financial institution in Nigeria, all financial investments standing to the Credits of the 1st and 2nddefendants whether held in shares, bonds, treasury bills or other financial instruments, amongst others.

General and exemplary damages in favour of the Bank in the sum of N100,000,0oo.oo for loss of business expectation and lack of good faith by the 1st and 2nddefendants.

Reliable sources from Ecobank have confirmed that the Vigeo loan has been fully provisioned by the Bank, in line with regulatory requirements. However, the Bank will continue to pursue the debtor until full recovery of the debt.

The peculiarity of the Nigerian financial crisis which hit the Banking Industry hard, was largely due to huge loans gone bad that were given to these debtors many of whom simply refused to pay because they consider themselves the untouchable in the society, who should get away with not observing the obligations that come with borrowing money from Banks. The refusal of Vigeo Limited and the Osibodus to settle their outstanding indebtedness to Ecobank seems to be the trend amongst debtors who brandish themselves as the movers and shakers in the society. They obtain huge loans from Banks to support their lifestyles and float other businesses with no intention of repaying the debt. For instance, the promoters of Vigeo are the owners of Citiserve and Benin Disco, amongst others and it is widely believed that the Electricity Company (Benin Disco) was set up using loans obtained from Ecobank. There is something particularly distasteful that this development brings to the Nigerian economy in general and the Banking Industry in particular.

What is even stranger is that the debtors many of whom have been established to be chronic defaulters are unperturbed by the crisis occasioned by their nefarious activities. This attitude has led to several financial crises in Nigeria, culminating in the financial crisis in 2009, which resulted in the setting up of AMCON to take over delinquent loans and keep the Banks afloat. There are several negative implications of debtors’ default in meeting their loan obligations – thousands of jobs were lost in the Banking industry because of the crisis that resulted from the many debt defaults on account of this behaviour. Indeed, some Banks like Oceanic Bank (from whom Vigeo originally obtained the loans) did not survive the crisis, and Ecobank had to step in to acquire the Bank. The financial system and the overall economy are still reeling from its aftermath, as billions of Naira of our Commonwealth were invested to rescue the distressed Banks.

It is therefore being advocated that this is a matter the relevant authorities must look at seriously. Chronic defaulters  who go from one Bank to another throwing their political, economic connections and supposed business weights around, to secure loans are well known. There is need for cooperation and partnership to identify and blacklist such well known serial and recalcitrant defaulters who think they can use their political and economic powers to avoid meeting their obligations.

The matter, before Hon. Justice Bolgoro of the Federal High Court, Ikoyi, was adjourned to March 17th and 30th for commencement of trial.