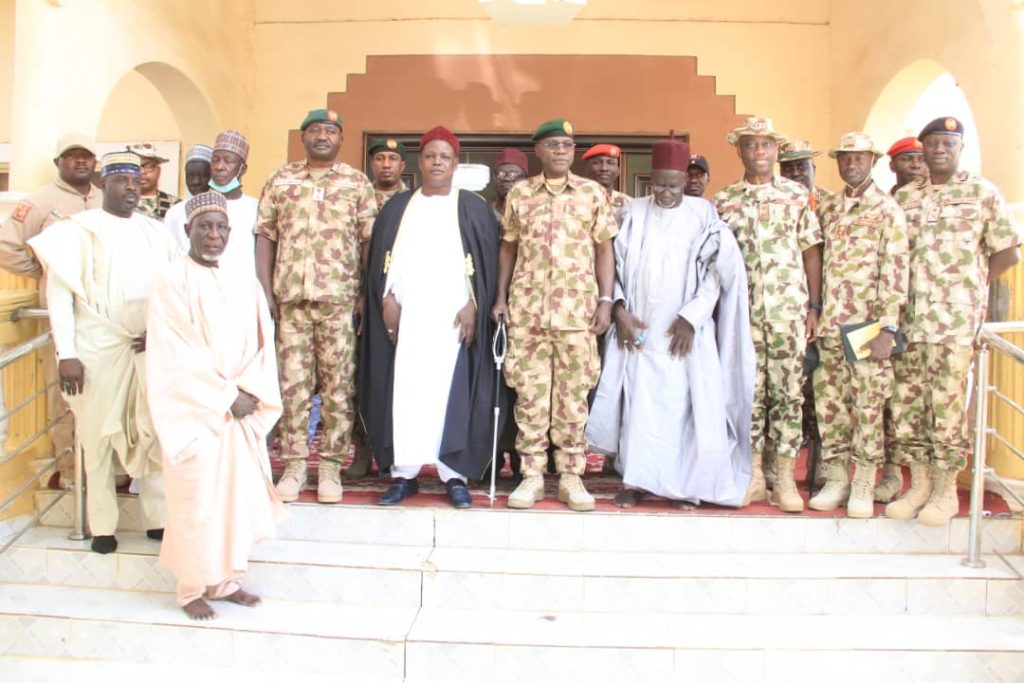 The Chief of Army Staff (COAS), Lt Gen Faruk Yahaya has commenced an operational tour of the North East(NE) Theatre of Operations, where troops are currently leading the onslaught against Boko Haram(BH) and Islamic State West Africa Province(ISWAP) terrorists. The COAS arrived Headquarters Theatre Command(TC) in Maiduguri, on 2 February 2022, where he was briefed by the Theatre Commander, Operation HADIN KAI (OPHK), Maj Gen Chris Musa on the current security situation in the theatre. 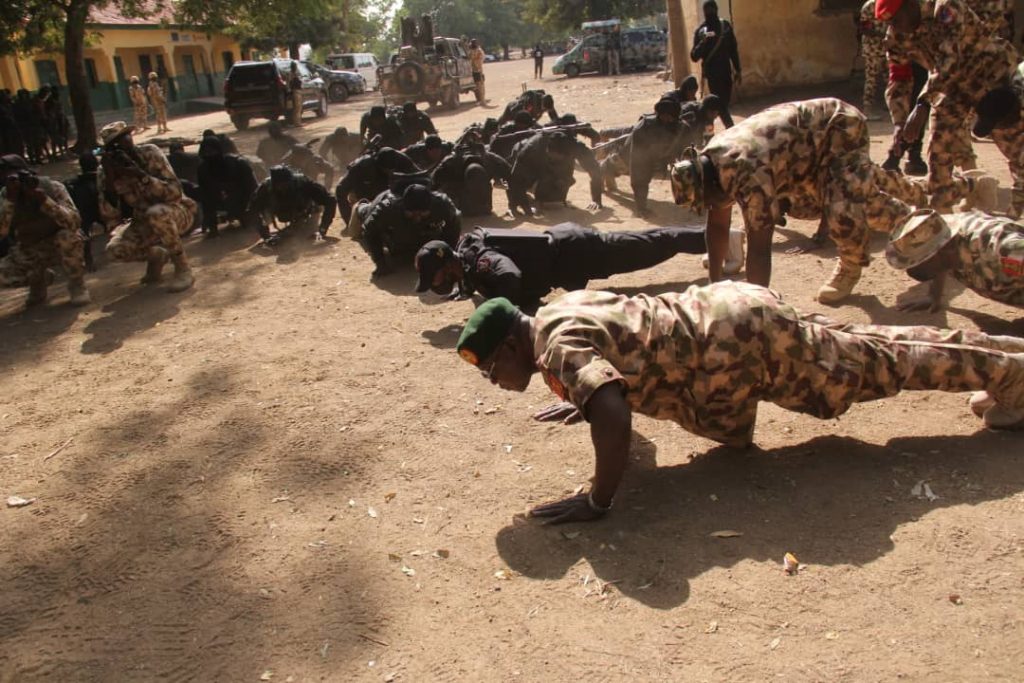 The COAS with his team later proceeded to Biu and Buratai towns, where he interacted with troops. In his address, the COAS lauded troops for their sacrifices and commitment in the ongoing fight against terrorism and insurgency. He charged them to be more vigilant and alert to their responsibilities, adding that with discipline and commitment, the war in the NE will be brought to an end. He reassured troops that administrative and operational challenges confronting their units will be given the desired attention.

While on the tour, the COAS paid homage to the Emir of Biu, His Royal Highness, Alhaji Mai Mustapha Umar, at his Palace. The Royal Father assured the COAS of the unflinching support and cooperation of his traditional council and the good people of Biu Emirate to the Nigerian Army(NA).

The Emir conveyed the appreciation of the Emirate to the COAS for the sacrifices and commitment displayed by troops in combating the insurgency in his domain. He urged the COAS and indeed the NA to remain resolute in discharging its constitutional responsibilities.

Speaking during the visit, the COAS stated that he was at the palace to pay homage and solicit the support of the traditional leader and his subjects in the ongoing counter insurgency operations. He averred that the cooperation and goodwill of the traditional institution and the citizenry are invaluable for meaningful and sustainable operational success.

The Debt Albatross and Banking in Nigeria: Ecobank, Vigeo and Victor Osibodu