The Police Community Relations Committee (PCRC) in Lagos State led by Apostle Kehinde Showemimo has today laid the foundation for the first-ever secretariat owned by any state Police Community Relations Committee (PCRC) in Nigeria. This is also as the body commissioned a new office complex project for the men and officers of the Alausa Police Divisional Headquarters in Ikeja, Lagos. The office complex which consists of five rooms and two toilets will enhance service delivery for the police officers and men in the formation. 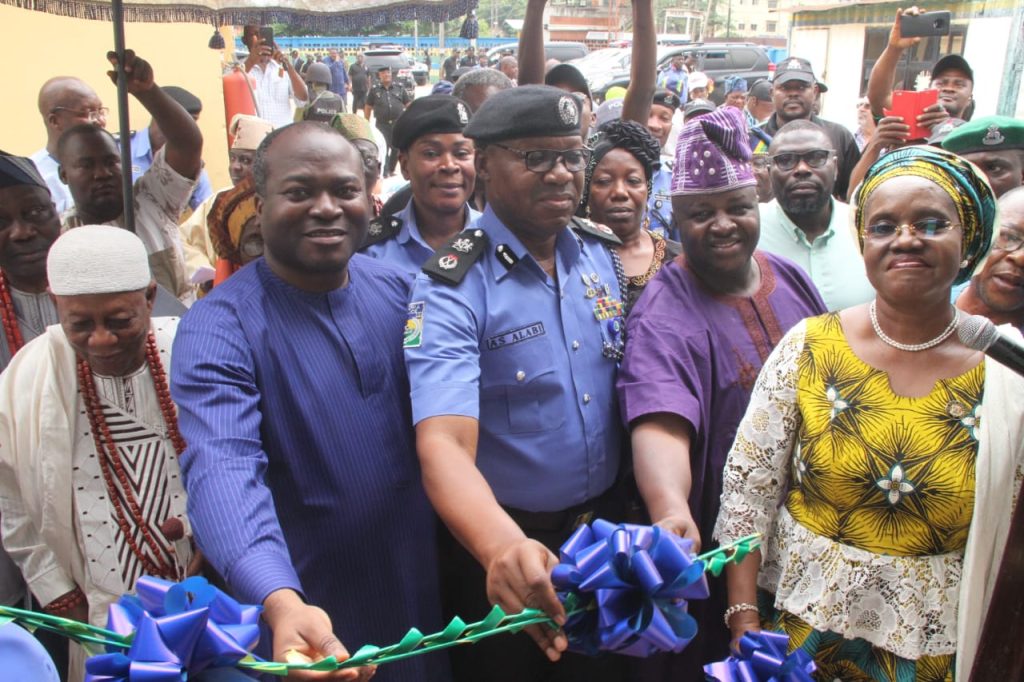 Speaking at the ceremony, Mrs. Folashade Jaji expressed her delight at the feat achieved by the Lagos PCRC. ‘Mr. Governor is happy about the work you are doing. I want to commend your effort in providing office for the Police because as a result of EndSars, many policemen became disgruntled by the killing and destruction. I hope and pray such will never happen again. If you are working for someone and it is not appreciated, your morale will be dampened. I want to appeal to the Police to jumpstart your morale.’ 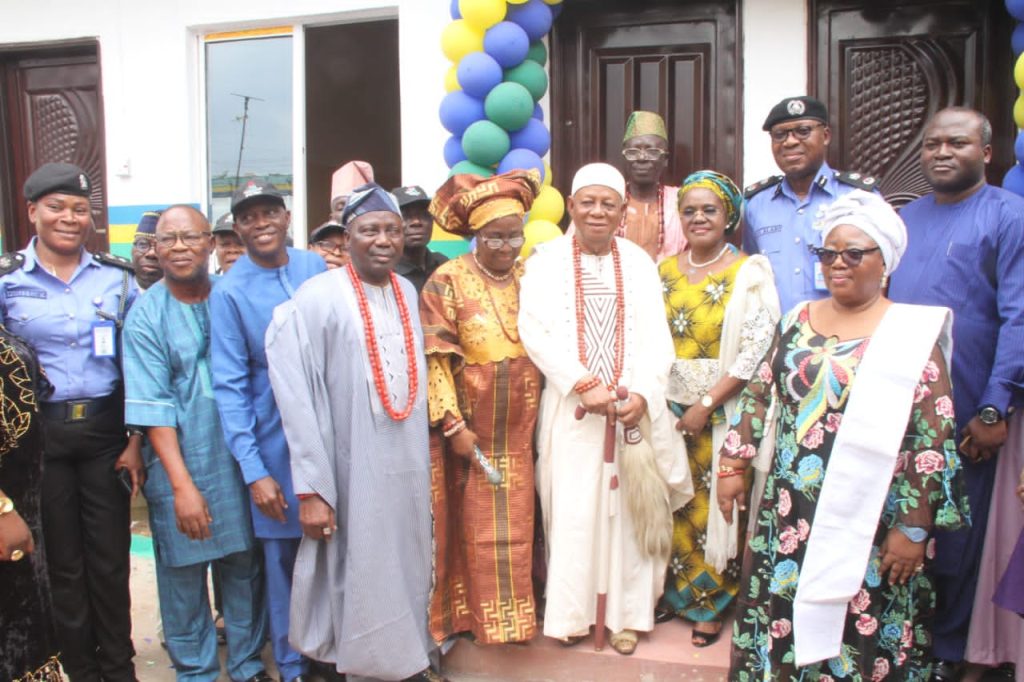 On his part, the Commissioner of Police, Lagos Command, CP Alabi said ‘PCRC is actually part of us because they are based in all communities. The achievement of the Police so far is not for Police alone, it’s for PCRC. I also appreciate the government of Lagos State for their support. The encomium we get is because of their support.’

‘I am not surprised because I know that they are committed, dedicated, and believe so much in us. The office complex will enhance our productivity. We will utilize it optimally. We are also waiting for you to start your secretariat’, Town Crier News Nigeria can report.

The Lagos CP thanked the Area Commander of Area F, the DPO and officers of Alausa Police Division for doing well, ‘by my index, Alausa is one of the places we have less crimes. You are close to the seat of government so keep it up.’

The Special Guest of honor at the occasion and Board Member of the Lagos State Security Trust Fund (LSSTF), Dr. Ayo Ogunsan established that the essence of the gathering is because of the hard-working, selfless, and committed police officers who put their lives on the line to maintain security.

On the core responsibility of the Police, Dr. Ogunsan added: ‘the Police represents the civil authority of government. Their job is to maintain the law, to maintain public peace and order. They are also to detect and investigate crimes and criminality.’

‘Whoever supports their mandate is my friend and that’s why I associate myself with PCRC. You have my support always and we will also try and pull more people to your organization that will be able to support this cause. But please any day you deviate from the cause of supporting them, we lost everything that we stand for’, Dr. Ogunsan who is also the Grand Patron of PCRC told the leadership and membership of PCRC gathered at the occasion.

He then encouraged the police officers to remain selfless and committed to the good work they are doing, assuring them that PCRC will continue to do more for them.

In his opening speech, the Chairman of PCRC Lagos, Apostle Showemimo noted that the office complex project is showing dedication to the safety and security of Lagos through unalloyed support of the Police. ‘PCRC has been toiling day and night through collaboration, information gathering and dissemination, support and encouragement for the Police. PCRC Lagos has made impact in almost all 112 divisions and 14 area commands across the state especially in terms of logistics and infrastructure support.’

On the idea of the secretariat, Trek Africa Newspaper gathered that it was meant to be a melting pot for the Police and community relationship where the public can freely interact without the discomfort of the custody of the Police. The project started during the term of former IGP Adamu Mohammed through the DIG Baraya who directed the AIG Hakeem Odumosu retired to find a space within the Alausa environment.

‘Incidentally, the appropriate location has a temporary structure being used by the divisional headquarters. PCRC chose in its magnanimity to first build the office for the occupiers before embarking on the secretariat project.’

The DPO of Alausa division, CSP Oluwatoyin Elizabeth Opadola appreciated the state PCRC members for their immense contribution towards the great initiative. While also thanking the Lagos CP Abiodun Alabi for his continuous support, she requested for more manpower.