Ahead of the Osun state gubernatorial election holding on Saturday 16th July, 2022, the Commandant General of the Nigeria Security and Civil Defence Corps (NSCDC), Dr Ahmed Audi has approved the deployment of 11,226 officers and men to cover the 3,763 polling units, collation centres, flash points as well as Critical National Assets and Infrastructure in all the 31 Local Government Areas of the State.

In a press statement e-signed and released to the National Association of Online Security News Publishers, NAOSNP by the Corps’ National Spokesperson, DCC Olusola Odumosu stated that, “Preparatory to Saturday’s Gubernatorial election in Osun State, the Commandant General of the Nigeria Security and Civil Defence Corps (NSCDC), Dr Ahmed Audi, mni, has approved the deployment of 11,226 officers and men to cover the 3,763 polling units, collation centres, flash points as well as Critical National Assets and Infrastructure in all the 31 Local Government Areas of the State.”

According to the statement, “He disclosed that the deployed personnel were derived from the National Headquarters and nine State Commands; Osun, Ondo, Ekiti, Oyo, Ogun, Lagos, Kwara, Kogi and Edo to supply manpower for the election.”

The CG stated that the objectives of the Corps in the forthcoming election is to create a secured environment for its successful conduct and enhance the general security in the State before, during and after the election.

He explained that the personnel had attended various workshops on best practices during election.

They have also been acquainted with the provisions of the Electoral Act as regards to Rules of Engagement, hence, must comply with the Corps’ Operational Code, Standard Operating Procedure and above all, display of professionalism and high sense of discipline throughout the election.

This robust operational order has been activated to ensure a hitch free exercise and guide against molestation and intimidation of the electorates by hoodlums or party thugs.

Dr Audi hinted that in readiness for the election, the Corps’ undercover personnel from the National Headquaters have joined their counterparts in Osun State for covert operations to nip any security compromise in the bud.

To ensure that critical assets of government are not vandalized by criminal elements before, during and after the election, there shall be deployment of the Ant-vandalism Squad, Critical National Asset protection unit and other special forces to all key points in the State to protect them against vandalism, damage or arson.

He stressed that, a pool of officers shall be drawn from Special Forces, such as Arms Squad Unit, Counter Terrorism Unit (CTU), Chemical Biological Radiological Nuclear and Explosives Unit (CBRNE), the Special Female Squad, Rapid Response Squad, K9 and SWAT Unit, different from the regular conventional personnel, in order to have a successful execution of the assignment.

He reiterated the Corps’ readiness to partner sister agencies to ensure a hitch-free poll and to guarantee crime-free environment to enable eligible voters exercise their voting rights. 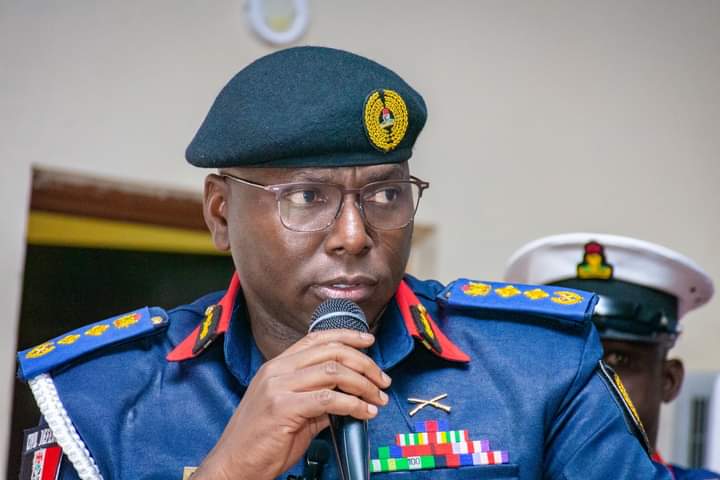 Primate Ayodele Reveals The Next Prime Minister Of United Kingdom