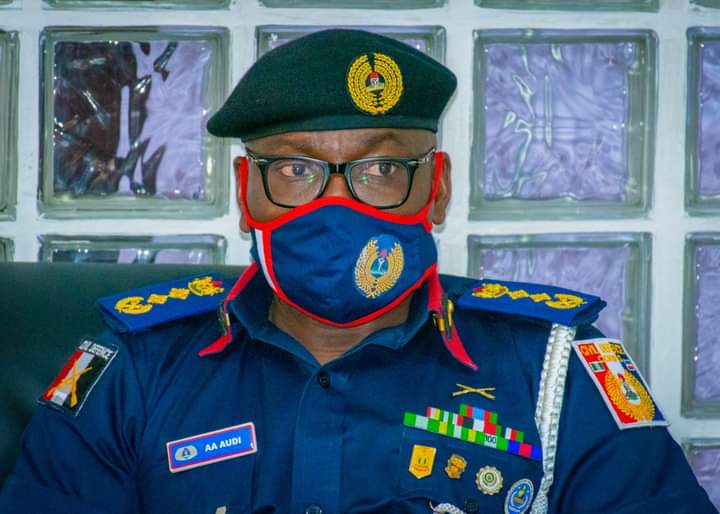 The Commandant General of the Nigeria Security and Civil Defence Corps, NSCDC, Dr Ahmed Abubakar Audi has restated his assurance to restructure and reconstitute the anti vandal unit of Rivers State command with a view to prioritize the safety and protection of Critical National Assets and Infrastructure.

In a press statement e-signed and released to the National Association of Online Security News Publishers, NAOSNP by the Corps’ Director of Public Relations, DCC Olusola Odumosu stated that, “The Commandant General of the Nigeria Security and Civil Defence Corps, Ahmed Abubakar Audi, PhD, mni, has affirmed his commitment to sanitizing and rejiging the Rivers State Command of the Corps for effective service delivery and optimal performance.”

According to Odumosu, “This is in the furtherance of his assurance to restructure and reconstitute the anti vandal unit of Rivers State command with a view to prioritizing the safety and protection of Critical National Assets and Infrastructure towards putting an end to attacks or wanton vandalism.”

“NSCDC as the lead agency in safeguarding all Critical National Assets and Infrastructure in Nigeria is poised to putting in place a robust response and coordination system to guarantee safety and formidability of the country as Africa’s largest economy and leading oil exporter with the largest natural gas reserves.”

Dr Audi made this bold statement, while receiving the report of an Investigative committee set up to investigate the allegations by the governor of Rivers State against some personnel said to be aiding and abbeting suspected illegal dealers in petroleum products.

The committee which conducted an on the spot assessment of different locations in Rivers State including the NSCDC jetty and the exhibit yard where all impounded oil tankers, drums of illegally refined products, barges and boats were kept while awaiting Court judgement was headed by Acting DCG operations, Mohammed Lawal Haruna from the National headquarters Abuja.

The CG decried the action of some bad eggs within the Corps in various formations and gave stern warning to all heads of anti vandal unit to refrain from any form of compromise, charging them to be more committed, purposeful and patriotic in fulfilling the mandates of the Corps without prejudice.

“Henceforth, a telescopic monitoring would be launched on the activities of the anti vandal squads in all formations and anyone not living up to expectation would be shown the way out immediately. You must wake up from your slumber to arrest and prosecute vandals and criminals. Audi said

In a transparent move to ensure greater efficiency in the frontline of the Corps Anti Vandalism campaign in Rivers State which is the epicenter of oil exploration activities, the Corps helmsman methodically rejig the Command by removing the former Head of the Anti Vandal Unit who is from the North Central and replaced him with a New Head from South East, the State Commandant has also been replaced with a New Commandant from the North West while the Zonal Commander hails from the South South.

“I have charged the New Commandant and the newly reconstituted Anti Vandal Unit to launch a total war against petroleum pipeline vandals, illegal oil bunkerers and all economic saboteurs by dislodging vandals, arresting oil thieves and dismantling all illegal refineries and road blocks. Any attempt to delay immediate prosecution of arrested suspects is tantamount to compromise and any personnel caught collecting settlement or tampering with impounded tankers, petroleum products and other exhibits would be sanctioned and dealt with decisively according to the Standard Operating Procedures and Code of Ethics of the Corps”…. Audi said.

He assured that the NSCDC under his watch will not condone any act of recklessness, indiscipline, negligence or compromise by any operatives as this is not only counter productive but at variance with his principles and the corporate existence of the Corps.