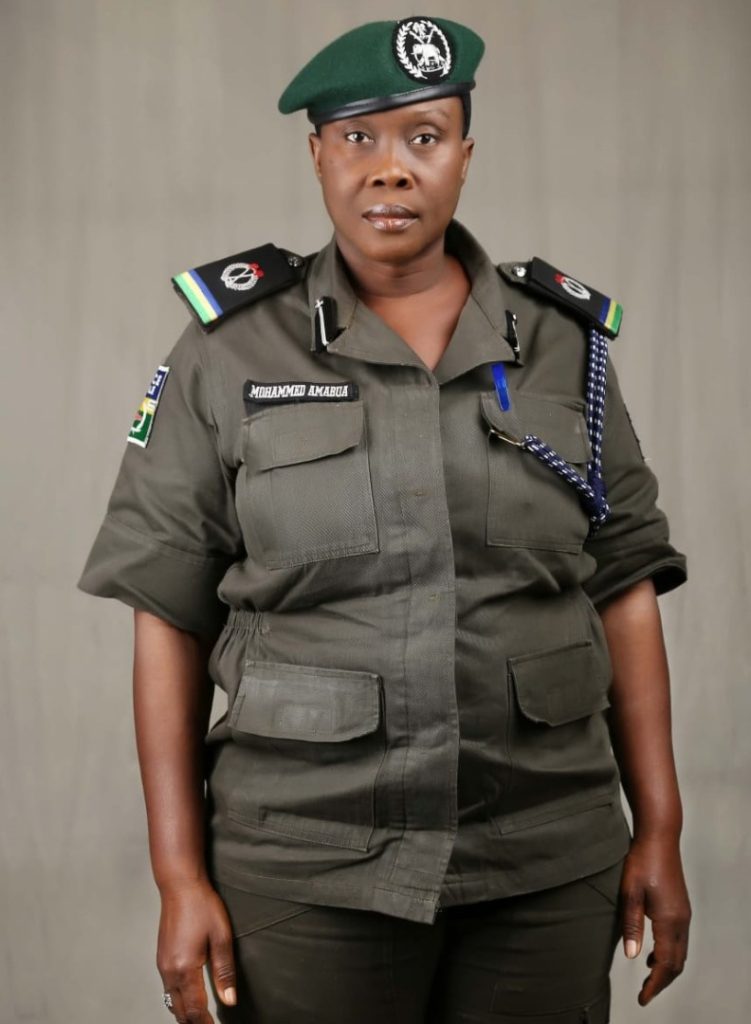 An Assistant Commissioner of Police of the Nigeria Police Force, ACP Amabua Ashe Mohammed has been appointed the First Female Police Adviser for the Multinational Joint Task Force in N’Djamena, Chad.

In a press statement e-signed and released to the National Association of Online Security News Publishers, NAOSNP by the Force Spokesperson, CP Frank Mba stated that, “Assistant Commissioner of Police (ACP) of the Nigeria Police Force, ACP Amabua Ashe Mohammed has been appointed the Police Adviser for the Multinational Joint Task Force in N’Djamena, Chad. With this appointment, ACP Amabua becomes the first female Police Officer in history to hold the tasking position of coordinating policing activities, ensuring discipline and professionalism and providing advisory on the management and improved peace-building efforts, in the fight against Boko Haram insurgency by the Multinational Joint Task Force.”

According to Mba, “The Officer, who has a commendable professional record and vast experience in International Peacekeeping Operations, has served in several peacekeeping missions spanning through two decades. She was a member of the Nigerian contingent to the United Nations Mission in Kosovo in the year 2000, the African-led International Support Mission to Mali in the year 2013, amongst others, where she distinguished herself severally and earned the prestigious United Nations Medal for professionalism.”

“ACP Amabua, legal adviser and prosecutor, is an expert peace builder and versatile community policing advocate. She is a graduate of Law from the University of Maiduguri and Master’s degree holder in International Law and Diplomacy from the University of Lagos. She has also attended several professional courses and trainings on Human Rights and Rule of Law advocacy and mentoring as well as mission field coordination and safety.”

The Inspector-General of Police, IGP Usman Alkali Baba, psc (+), NPM, fdc, while congratulating the officer on the new feat, enjoined her to bring her wealth of experience to bear in advancing the mission and service delivery of the MNJTF. He noted that the appointment of ACP Amabua is a testimony of various commitment and contributions by Officers of the Force in the fight against insurgency and ensuring community peace and safety in Nigeria and across the globe.

The Officer has since resumed duty.