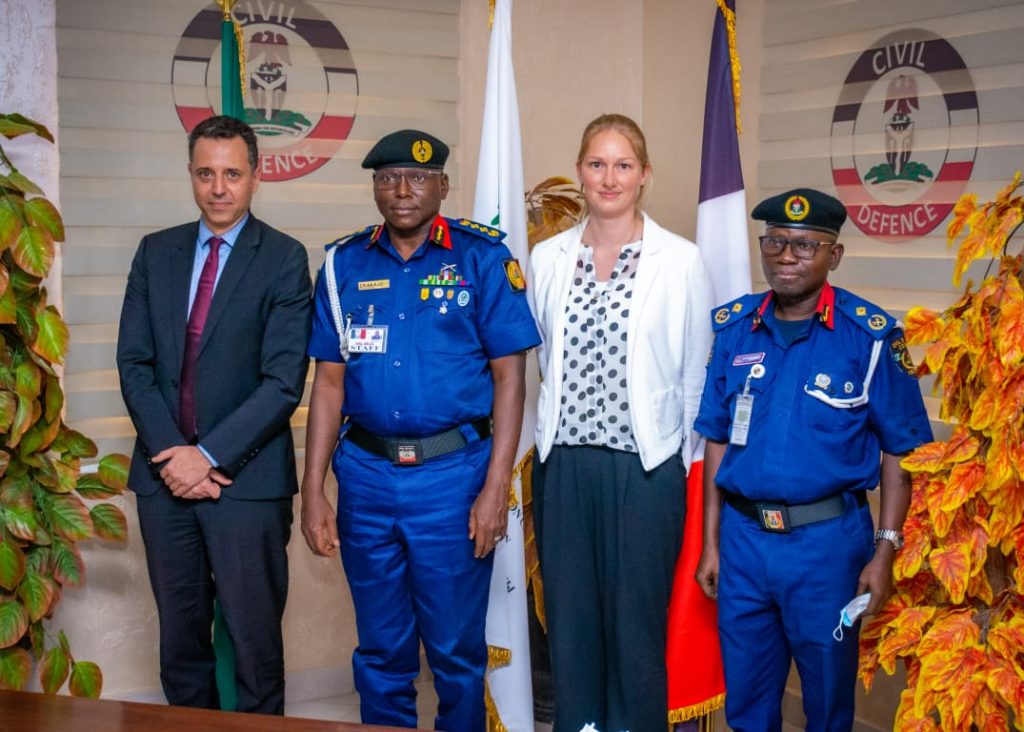 Posted By AdminIn his determination to ensure the transformation of the Nigeria Security and Civil Defence Corps, NSCDC through human capital development, Dr. Ahmed Abubakar has reassured his commitment to sustain the existing partnership between the Konrad Adenauer Stitfung, KAS.

In a press statement e-signed and released to the National Association of Online Security News Publishers, NAOSNP by the Corps’ Director of Public Relations, DCC Olusola Odumosu stated that, “Determined to ensure the transformation of the Nigeria Security and Civil Defence Corps through human capital development, Dr Ahmed Abubakar Audi, mni, has restated his commitment to sustain the existing partnership with Konrad Adenauer Stitfung (KAS) and promised to promote good working relationship and a conducive environment for the partnership to thrive.” 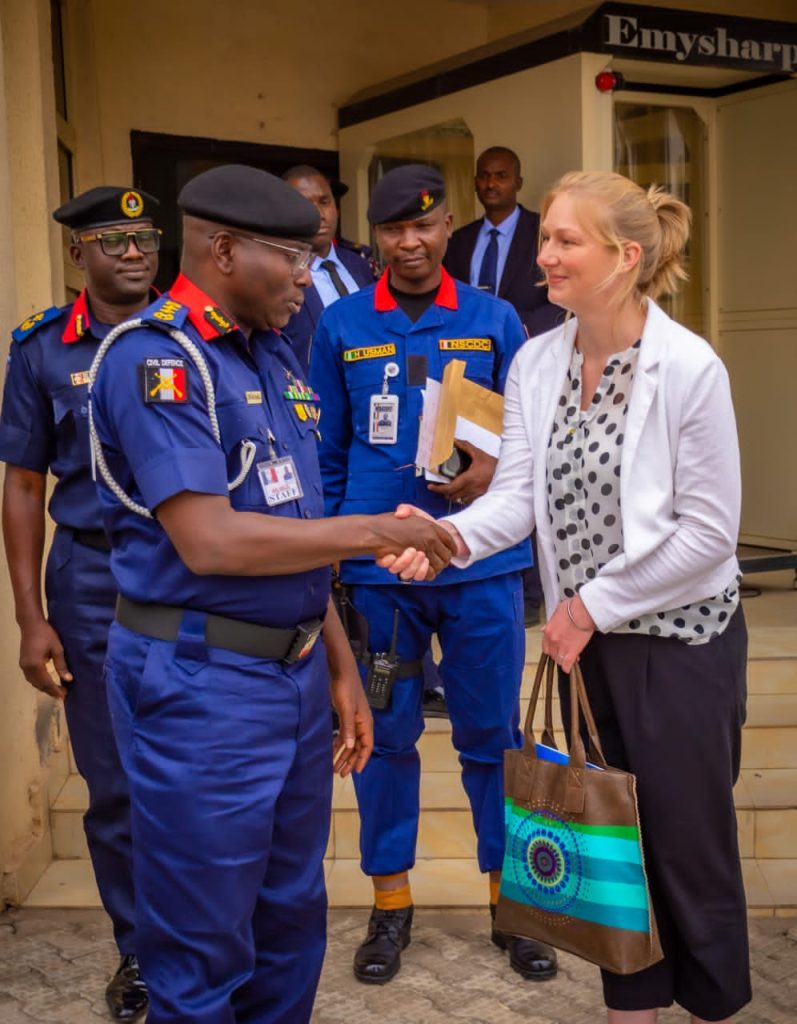 According to Odumosu, “The Commandant General who stated this while playing host to the new Sub-saharan Africa Desk Officer of KAS, Mrs Julia Sander, described KAS as a viable partner in training and retraining of officers and men of the Corps in different areas of its mandates, attesting that on his part, he has attended more than 10 trainings and workshops organized by the organisation while growing in the service, not to mention the numbers of personnel nationwide who have benefitted immensely from their programs.”

“He appreciated the international body for the numerous training programs organized for the Corps in peace and conflict resolution, mediation skills, training for NSCDC instructors and the donation of ICT equipment to the college of security management, Abeokuta.”

Dr Audi added that KAS has equally assisted in creating a platform for collaboration and synergy amongst security agencies in Nigeria through inter service training and workshops which is intended to address current security challenges such as terrorism, kidnapping, banditry etc, facing the country.

According to the Corps helmsman, his leadership understood the importance of training in the growth and development of any organization, hence, the reason for currently investing more in manpower development of personnel through infrastructural upgrade of all Civil Defence training academies nationwide and setting up of a high powered ministerial committee to develop a standard curriculum for the service in order to bring out the best in the staff.

Speaking on the purpose of her visit to NSCDC National Headquarters, Abuja, Mrs Julia Sanders, explained that as the new Sub-saharan Africa Desk Officer of KAS, there is need to familiarize with various partners such as NSCDC in order to get more insights on the Corps activities with a view to strategically plan for more future collaborations and engagements.

She further appreciated NSCDC for living up to its responsibilities through its immense contribution to security of citizens and protection of critical national assets and infrastructure of government and commended the CG for creating a conducive environment for the partnership between the Corps and KAS. Reassuring that more training programs is in the pipeline to compliment the previously held ones in the South-South, North-East and North-West among other locations, stressing she hopes the partnership would be sustained.

Similarly, the Country Representative of KAS, Dr Vladimier Kreck, who has worked very closely with the Corps, commended NSCDC for its discipline and forthrightness so far exhibited within the period he has worked with the Corps and encouraged the CG not to relent in his drive to take the service to a whole new level.