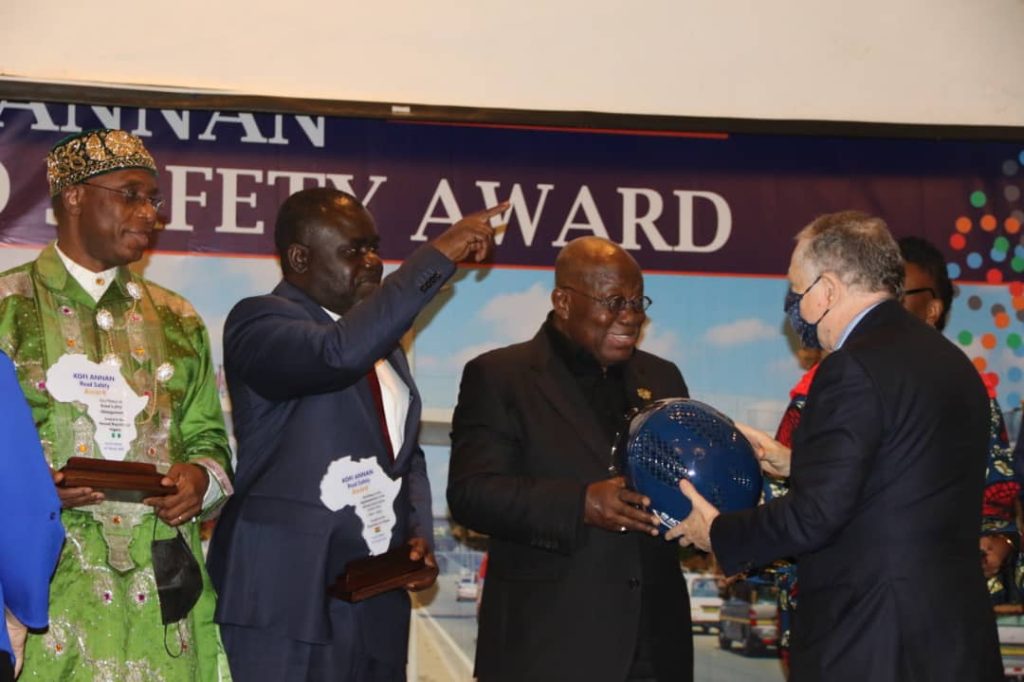 The Federal Government of Nigeria has received a major accolade for its continuous support towards the entrenchment of safety of lives and properties on Nigerian roads, and its commitment to excellence in the implementation of African road safety action plan.

In a press statement made available to the National Association of Online Security News Publishers, NAOSNP stated that, “The Federal Government of Nigeria has received a major accolade for its continuous support towards the entrenchment of safety of lives and properties on Nigerian roads, and its commitment to excellence in the implementation of African road safety action plan.”

According to statement, “The award, according to the Corps Public Education Officer, Bisi Kazeem was organised in recognition and honour of African countries that have made significant contribution towards effective implementation of the United Nations Decade of Action for road safety in the last decade and was given during the maiden edition of the Kofi Annan road safety award held in Accra, Ghana on Wednesday.” 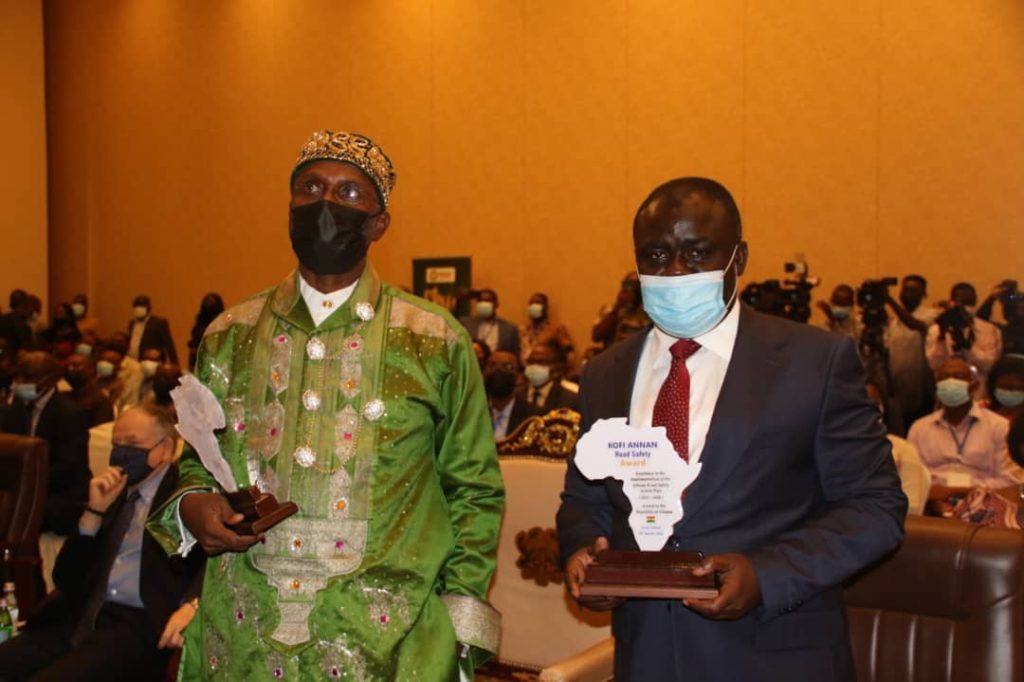 “The maiden edition honoured 5 countries who have performed excellently in the implementation of the African road safety action plan between 2011 and 2020.”

His Excellency, the President of Ghana, Nana Addo Dankwa Akufo-Addo, during the presentation of the awards, likened road traffic crashes to a global pandemic and public health issue that must be addressed collectively.

He emphasised the need for the award ceremony to be sustained to encourage African countries on the need to learn from global best practices. The Nigerian Award was received by Minister of Transportation, Rt Hon Rotimi Chibuike Amaechi. Nigerian entourage includes the Permanent Secretary, General Services Office of the Secretary to the Government of the Federation’s office who represented the SGF, Dr Maurice Mbaeri, Corps Marshal, FRSC, Dr Boboye Oyeyemi and FRSC’S Corps Public Education Officer, Bisi Kazeem.

The Corps Marshal, Dr. Boboye Oyeyemi who was elated with the award, appreciated the commitment and support of the President Muhammad Buhari led Government to road safety in Nigeria.

“I must applaud Mr President for his unflinching support to the Federal Road Safety Corps through the provision of basic operational and rescue tools, since the inception of his administration. This support has immensely impacted on the operations of the Corps and we are glad to be recognised not only nationally, but also within the African sub region”.