The Commander Naval Base Lake Chad (NBLC) Baga, Commodore Kabir Mohammed has expressed appreciation to the outgoing Base Information Officer (BINFO) and other outgoing personnel of NBLC for their contributions to the Base and the Theatre of Operation; HADIN KAI (OPHK). 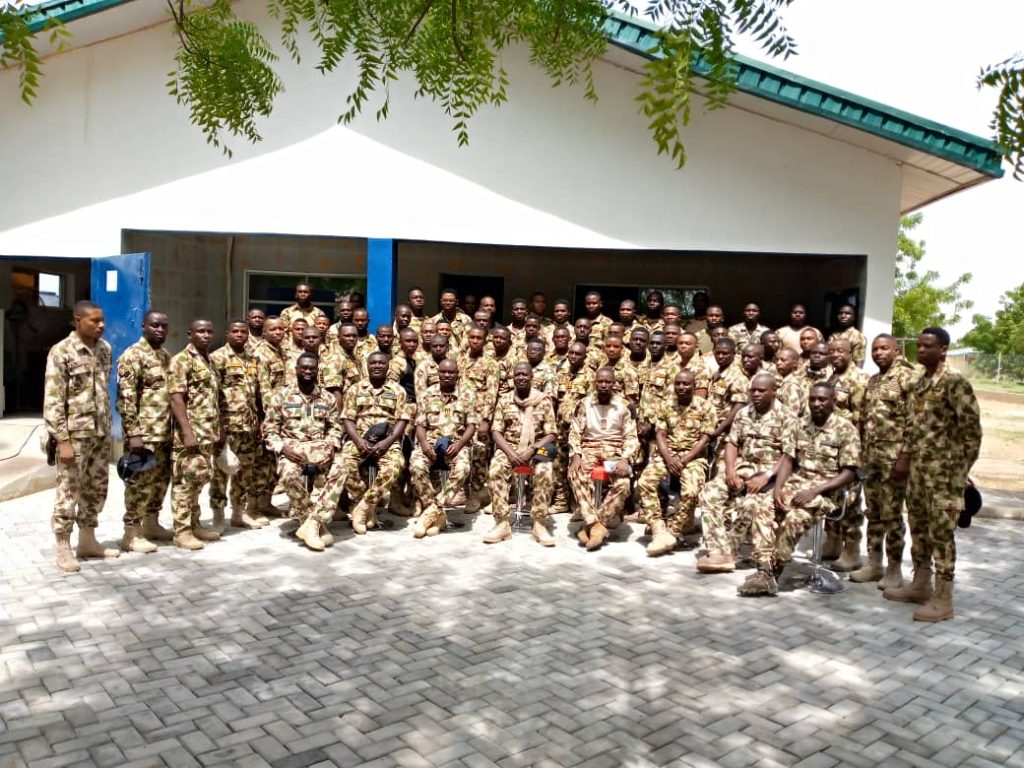 He made this known during a farewell event and media parley with journalists to celebrate the outgoing personnel. Riding on the activities of the Nigerian Navy in Baga, Borno State and the collaborative efforts of the media in ensuring a consistent and balance reportage of NBLC, Commodore Mohammed commended the outgoing personnel for their conduct and professionalism.

He conveyed his best wishes to their families while wishing them well in their next assignment.

In a related development, the Outgoing Base Information Officer, Sub-Lieutenant Tochukwu Okeke expressed appreciation to the Commander for the unalloyed support accorded to him to perform his duties. He attributed his success as the BINFO to what he called “unprecedented support from journalists covering the Counter Insurgency Operations in the state”. He urged journalists to extend similar support to his successor; Sub-Lieutenant Hamza Adamu.

Highlight of the event was the rendition of goodwill message by the Commander and group photographs.