Defamation
Trial in a case of alleged breach of public peace, conspiracy and defamation against Mr Abraham Joseph, a former staff of Forestry Research Institute of Nigeria (FRIN), was on Wednesday stalled due to the absence of the trial magistrate, Mrs S. Adeshina.

Town Crier News Nigeria reports that Joseph was on May 24 arraigned on a three-count charge of breach of public peace, conspiracy and defamation.

The defendant had earlier pleaded not guilty and was granted N100,000 bail with one surety in like sum. 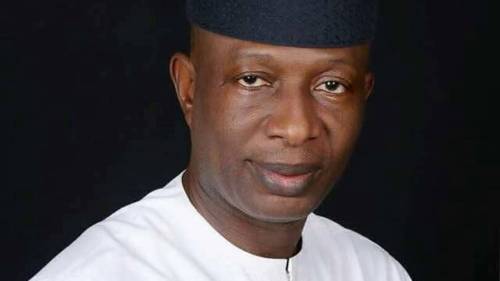 The court also directed that the surety should be a blood relation of the defendant.

The case was then adjourned until June 29 for trial.

However, at the resumption of proceedings on Wednesday, the Senior Magistrate was not available for the trial, while counsel in the matter picked Aug.18 for the continuation commence of trial.

It would be recalled that the Prosecuting Counsel, Mr Sikiru Ibrahim, had informed the court that the defendant and others at large conspired with Sahara Reporters to publish a defamatory message against Prof. Adepoju Olusola, the Director-General of FRIN.

Ibrahim said that the publication was intended to tarnish the reputation of Olusola and cause breach of public peace, knowing it to be false.

Section 249 (d) of the Criminal Code Cap 38 Vo.II Laws, Oyo State of Nigeria 2000 states,
“every person who, in any public place, conducts himself in a manner likely to cause a breach of the peace, shall be deemed idle and disorderly persons and may be arrested without warrant, and are guilty of a simple offence and liable to imprisonment for one month.”
More:

Section 517 says,
“Any person who conspires with another to commit any offence which is not a felony, or to do any act in any part of the world, which if done in Nigeria would be an offence but not a felony, and which is an offence under the laws in force in the place where it is proposed to be done, is guilty of a misdemeanor and is liable to imprisonment for two years.”

Section 375 of the Criminal Code Act states, “any person who publishes any defamatory matter is guilty of a misdemeanor and is liable to imprisonment for one year.”