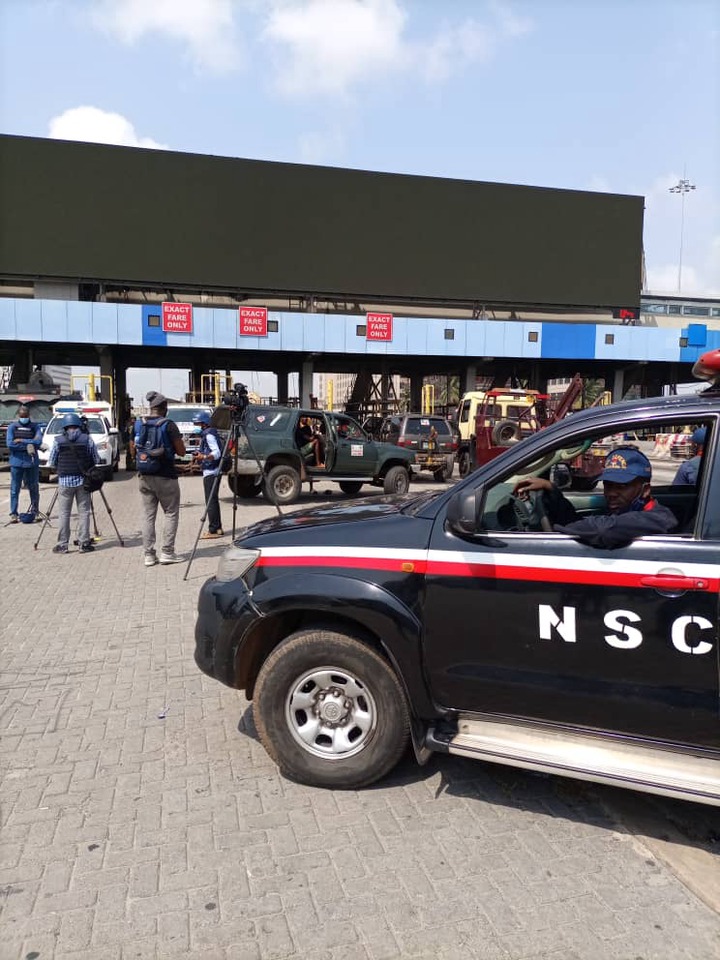 Nevertheless, while the Nigeria Security a d Civil Defense Corp remains civil in the way it discharges it’s duties and functions, it as well frowns against flagrant disobedience to state orders by anyone or any group in the state.

We shall continue to play our roles, which includes to assist in the : maintenance of law and order, protection of lives and property in the state and the protection of critical national assets belonging to Federal, State and Local governments amongst others. These and many more, we have been doing very assiduously in the state and across the country.

The Commandant Nigeria Security Civil Defense Corp Lagos State Command , Commandant Ayeni P K, has also warned and directed that the deployed personnel must be highly professional and ethical in their conduct, while discharging their duties without fear or favour of anyone.