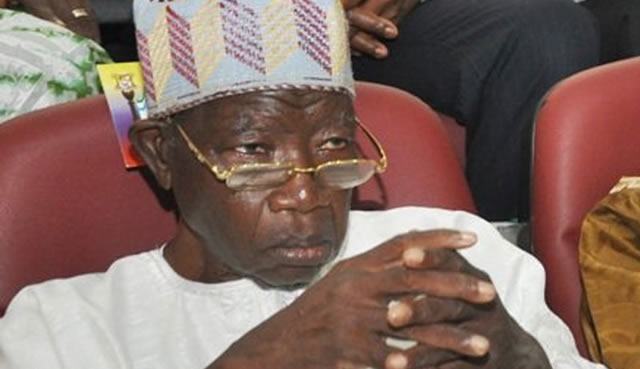 Senator Adeyeye who expressed this in Ado Ekiti, Ekiti State capital, in a release signed by his Media Manager, Gboyega Adeoye, said the essence of governance lies in the ability of the elected to impact positively in the lives of the people.

Jakande who was also a Minister of Works and Housing under the regime of late Gen Sanni Abacha, died in his sleep Thursday morning and was interred in line with Islamic rites in Lagos, Friday.

Paying last respect to the legendary politician, Adeyeye, extolled the exemplary and selfless service of Jakande, describing him as; “a magical creation, a master servant with genuine concern for the masses.”

The former Minister of State for Works, Adeyeye, said Jakande in his lifetime, distinguished himself for the massive infrastructural development recorded during his four-year tenure as Lagos State governor, especially the numerous Jakande Estates built across local governments and investments in schools.

Report said Jakande had revalidated his APC membership on Wednesday before he passed on in his sleep the following day.

According to Adeyeye, “Jakande lived for the good of others, state and country and his legacy of standing for all would be long remembered while his impact on the commercial nerve centre of the country, Lagos State, which was the former national capital, would continue to inspire visionary leadership .

He extolled the contributions of the former governor to the growth of democracy and good governance in the country, describing him as “a patriot, whose wisdom would run through generations, especially in putting people first in development plans.”

“It is on record that Alhaji Jakande throughout his tenure lived in his personal house in Ilupeju area of Lagos and also used his personal car, apart from other landmark projects consummated by his administration.

“He would remain one of the best public office holders in the political history of Nigeria, based on how he transformed Lagos State and Nigeria during his tenure as governor and minister of works and housing.

Adeyeye described Jakande as an epitome of honesty, dedication and selflessness, who used his elevated positions for the betterment of the people he served.

He said the late Jakande was one of the few Lagosians and Nigerian leaders that demystified politics by bringing governance closer to the people.