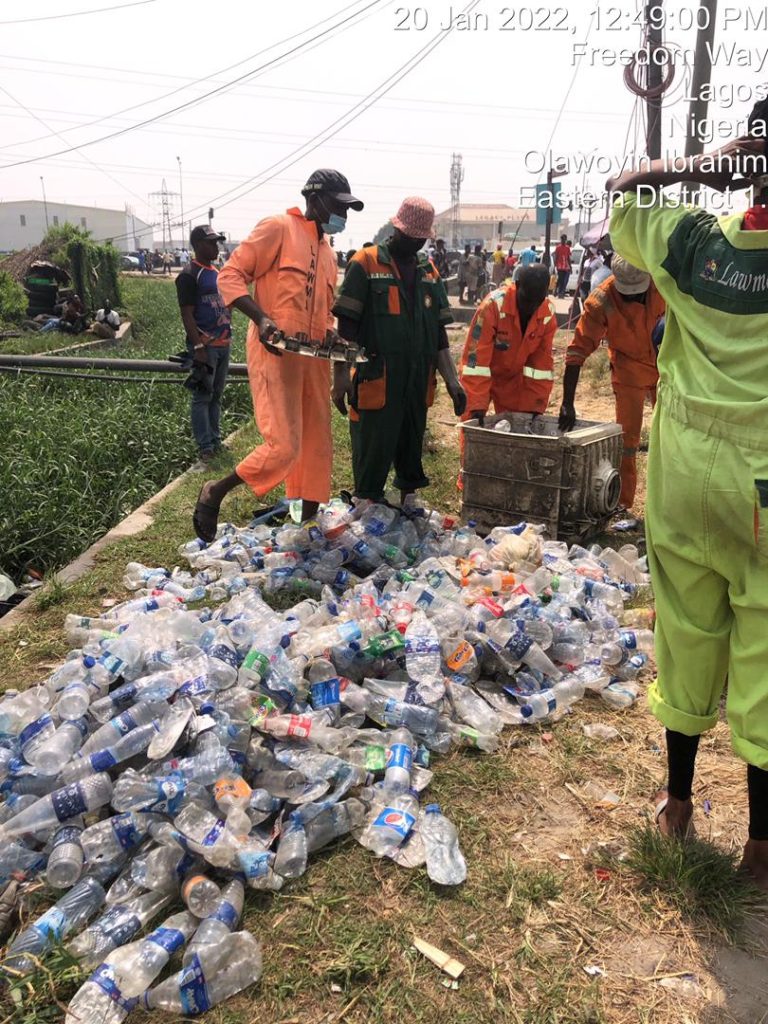 As part of it mandate to ensure a cleaner Lagos, the Lagos Waste Management Authority has embarked on a two day massive enforcement operation across the State.

In a press statement e-signed and released to the National Association of Online Security News Publishers, NAOSNP by the Agency’s Spokesperson, Mrs. Folashade Kadiri stated that, “Lagos Waste Management Authority (LAWMA) has embarked on a two-day enforcement operation at Lekki axis, to clear the roadsides of various illegal activities defacing the environment.”

According to Kadiri, “The exercise involved clearance of waste nuisance and dislodging of street trading from First Roundabout to Jakande axis, as well as Freedom Way entrance, on Lekki Epe expressway.”

“The Managing Director/CEO of LAWMA, Mr. Ibrahim Odumboni said the operation would ensure that the area was rid of structures and elements constituting environmental nuisance, such as littering and improper waste disposal, currently undermining efforts of the Authority at maintaining sustainable cleanliness.”

He said, “Our enforcement team is carrying out a two-day campaign, which began on Thursday, January 20, 2022, to stem the tide of littering and defacing of the environment, ensuring that effective sanitation is sustained within the VI axis of the state”.

Odumboni pointed out that street trading activities by some persons in the area, had attracted all forms of gathering, including beggars, thus leading to high level of environmental degradation, including littering and open defecation.

The LAWMA helmsman stated that the agency had rolled out various programmes and initiatives, aimed at achieving a consistently clean environment across the metropolis, calling on residents to support those efforts, by avoiding indiscriminate waste disposal and other vices.

He also implored residents to imbibe the habit of bagging their wastes at all times, using appropriately covered waste bins for containerisation, as well as patronising assigned PSP operators, who had been mandated to evacuate wastes generated by tenements.

For inquiries on waste management related issues in your area, please call LAWMA toll-free numbers: 07080601020 and 617 (for GLO users).