The Senator, representing Imo North Senatorial District in the National Assembly, Sir Frank Ibezim, is unrelenting in his trail blazing projects since he arrived at the Red Chambers a little over a year ago.

Ibezim was elected after a hard fought battle to complete the the tenure of Senator Benjamin Uwajumogu, who died in December 2019.

On assuming his seat in the Senate, the former Imo Commissioner for Agriculture and Natural Resources left no one in doubt as regards his capacity to give the zone an unprecedented representation.

He has continuously churned out life-transforming projects and attracted democracy dividends that shut the mouth of naysayers, who out of jealousy, had dismissed him as a political neophyte during the campaign.

Through his efforts, many constituents of the zone have secured employment, or benefitted from one government financial intervention or another. This is apart from the school library project and infrastructural developments, such as road construction and tackling environmental degradation in the zone.

Many youths have also benefited from multiple trainings after which they received startup kits to become self-employed instead of social deviants and security risk.

This time around, Ibezim has literally set the senatorial district ablaze with glowing lights in all nooks and crannies of the area.

It is more like the light shining out of the hitherto thick darkness of the Imo North, also called Okigwe Zone.

All over the six local governments of the district, the lights blaze such that the evening markets and other business activities are bustling

In all, over 400 solar street lights were installed across the major markets, strategic areas, villages, and churches, even extending to several individuals in the six local governments that comprise the zone

The major markets received the lion’s share of 10 solar street lights each to boost the economic activities and security measures around them.

This could be seen in Umuelemai Urban Market, Isiala Mbano LGA, as well as in other major markets and centres across Okigwe Zone, as Ibezim’s Solar Street Light Installation Project glows across Imo North.

The project at Umelemai stretched from Agbaja Rd. end of Umuahia-Anara Highway to Polaris Bank and further down to Umelemai Urban Market

Highly appreciative constituents lauded Ibezim for his silent but an outstanding and pace-setting representation of the zone.

One of the constituents, Ozo Atita, Speaker of the zone’s socio-political group, Okigwe Forum, told our correspondent:
“Tell him (Ibezim) to stop hiding his achievements.I drove past Anara, Amaraku, Eke Ezeala Market, and Umuelemai and noticed that this man has installed light in every nook and cranny of these areas. You could pick a needle by 10 pm in these areas. I was astonished, yet nobody is talking about this. I heard he did so in the six LGAs.”

Self-effacing Senator Ibezim has remained focused on the job without blowing his own trumpet.

Strangely, despite his outstanding performance, the lawmaker has been denied a return ticket to the Senate under cloudy circumstances much to the chagrin of the constituents, who are unhappy with the unpopular decision.

However, what is important to the lawmaker is to etch his name on stone and this he has effectively done. There are testimonies that he has done in just one year what many before him could not do in eight years in the National Assembly.

Consequently, Ibezim seems to have put that behind him and vowed to continue working for the people despite the unfair treatment while he leaves posterity to judge. 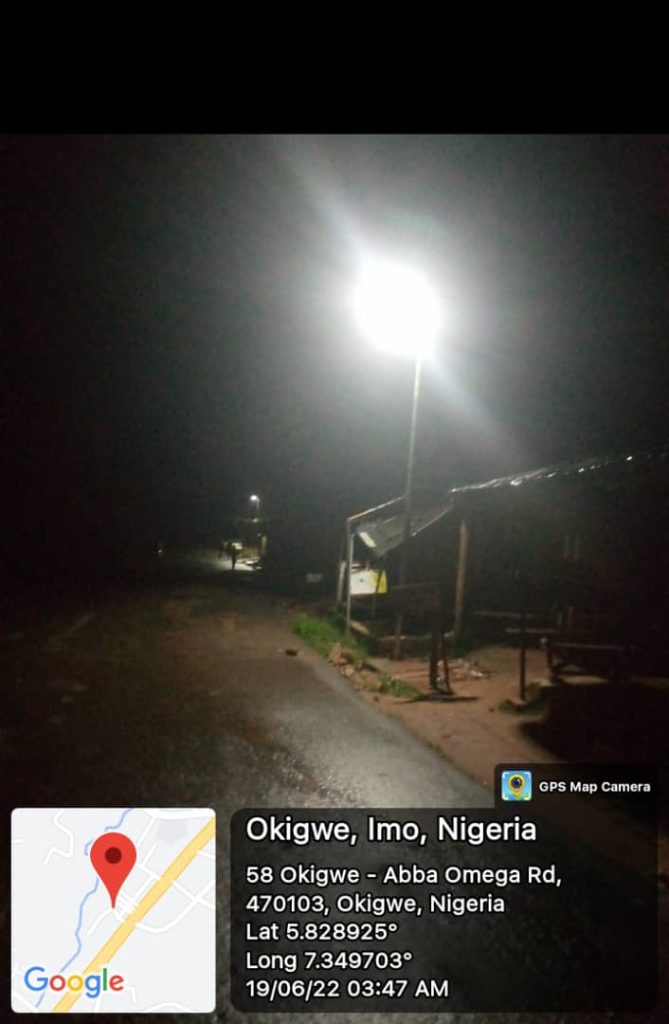 It is hoped that his unfair treatment would be among the ones to receive justice, as President Muhammadu Buhari promised last week, and deservedly so.