An Ikeja High Court has ordered Oshodi Local Government Area (LGA) of Lagos to pay N1Million compensation to a motorist, Mr Louis Idahosa for extorting him of N28,000 for allegedly driving against traffic (one-way).

The judge said that threatening, harassing and extorting N28,000 from Idahosa by Oshodi LGA officials and impounding his vehicle under the guise that he drove “one-way” was illegal.

Justice Adamson noted that the applicant’s fundamental human rights as enshrined in Sections 34, 36, 41(1) and 44 the 1999 Constitution was breached by Oshodi LGA.

The judge ordered the LGA to refund the Idahosa of the N28,000 and gave an injunction restraining Oshodi LGA from harassing road users.

“An Order is hereby granted directing the respondents (Oshodi LGA) to refund to the applicant (Idahosa) N28,000 which was extorted from him under the guise that he drove one-way without affording him fair hearing.

“An Order of perpetual injunction is hereby granted restraining the respondent or its agents from harassing, threatening or arresting motorists or road users for traffic offences, imposing fines and impounding vehicles. 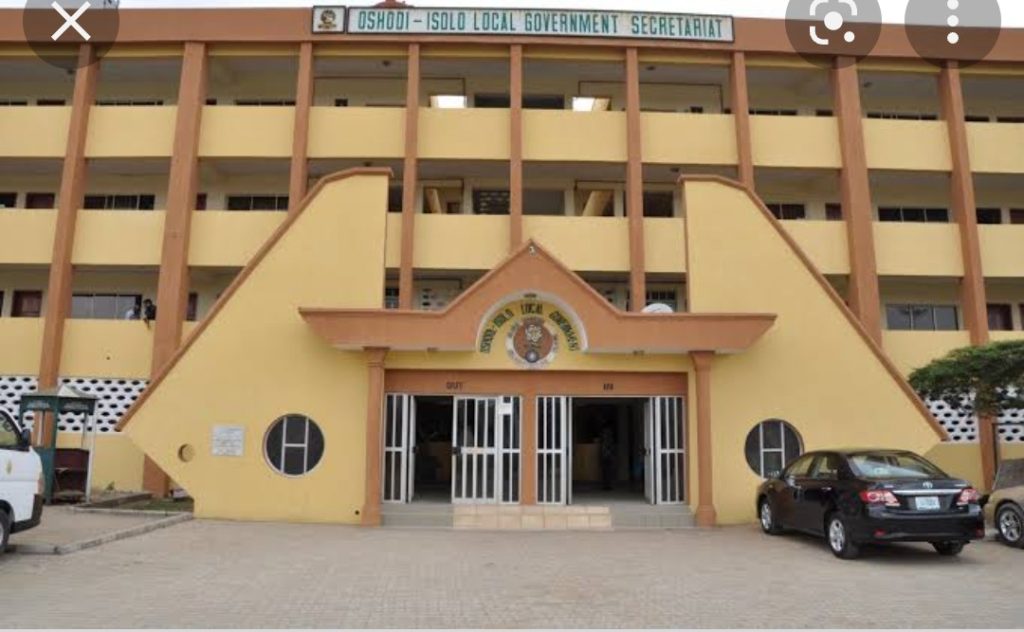 “Doing so is ultra vires (beyond legal power or authority) their powers outlined under the 1999 Constitution of the Federal Republic of Nigeria (as amended),” Justice Adamson said.

In addition to the N1million compensation awarded in favour of the applicant for breaching his right to a fair hearing and freedom of movement, Justice Adamson also awarded a cost of N100,000 against the counsel for Oshodi LGA, Mr L. O Mazoke.

According to Eze, Idahosa on Aug. 28, 2019 while being driven by his driver in his Toyota Corolla car with registration number LAGOS KRD 551 CZ along Oyetoyo Street., in front of the Oshodi/Isolo LGA, they were accosted by six men who were not in uniform.

“They stopped and arrested Idahosa and his driver insisting the driver contravene traffic laws by driving one-way and were taken into the LGA office.

“Idahosa insisted that any crime had been committed, he and his driver should be arraigned in court.

“Officials of the respondent did not agree to an arraignment but resorted to harassing, intimidating and threatening them with continuous detention.

“The applicant was forced to pay N28,000 into the respondents treasury.

“He however discovered that only N25,000 was written on the receipt issued and upon enquiry, he was informed that the outstanding N3,000 was gate pass fee,” Eze said.

Oshodi LGA in court documents however denied extorting Idahosa noting that the persons who arrested and extorted the applicant and his driver were not staff of the LGA.

The LGA also noted that it did not authorise anyone to extort money from the applicant.