The Lagos Neighborhood Safety Corps (LNSC) is prepared to synergize efforts and collaborate with SKIBANJ Foundation (SF) to curb the menace of drug abuse in government secondary schools within Oshodi-Isolo Local Government Area.

The partnership agreement was reached during a courtesy visit by the agency six man committee, Oshodi District on drug abuse, led by the Operation Officer, NCO 1 Oyetayo Olabode, to the Chief Executive Officer of the foundation, *Hon. Adebanji Atewogboye*, yesterday.

The CEO of the foundation who is popularly known as *SKIBANJ* received the security agency in his office, appreciated the officers and described its partnership with SKIBANJ Foundation as a commendable collaboration.

His words: “Truth be told, the rate at which drug abuse is increasing is alarming in secondary schools and youths generally.  It is an issue of concerned and needs to be curtailed before it worsen the generation. So, It needs an urgent solutions from both the youths, parents, schools, government and non profit organizations.

“Sincerely, I really appreciate the proposed partnership by the security agency with SKIBANJ Foundation and to identify us as worthy and appropriate NGO among others, we are ever ready to support the agency in the noble course; and even in the area of providing LNSC, Oshodi-Isolo some facilities that could aid its operations in area of Oshodi-Isolo”. 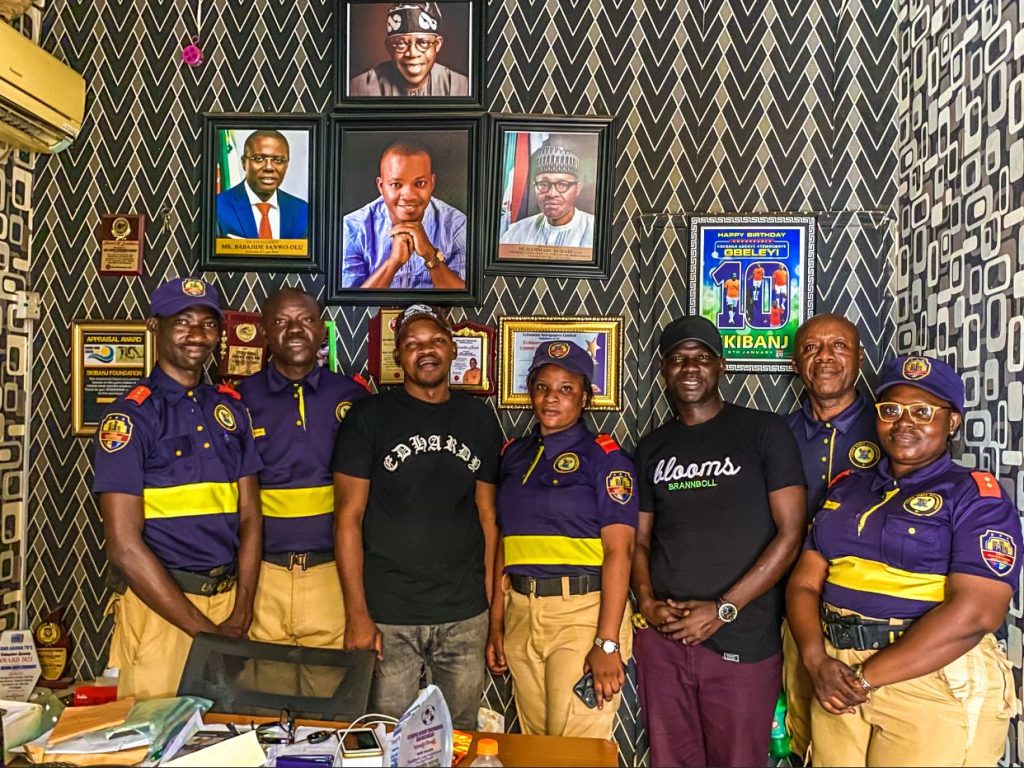 Earlier in his speech, NCO 1 Oyetayo noted Hon. Adebanji SKIBANJ’s contributions to the society through his NGO and appreciated him.

“First and foremost, we paid you, Hon. SKIBANJ, a courtesy visit to appreciate what you  have been doing in the community. We have looked around to identify stakeholder to partner with and thought of you as notable one to arrest the the menace of drug abuse, especially secondary school students.

He said further that the environments have been polluted with drug abuse and becoming a tradition  among secondary school students.

NCO 1 Oyetayo added that the partnership with SKIBANJ Foundation is necessary so that a sensitization programme would commence as soon as students resume for next term.

Meanwhile, the security agency used the opportunity to seek for assistance on facilities and equipment that would aid its operation within the areas, which Hon. SKIBANJ promised as a support.

As a uniform safety Corps, LNSC which was established by a law of the Lagos State House of Assembly in 2016 to assist Nigeria Police Force, had NCO I Adeyanju Mojeed (Parade Instructor), NCO II Ogunyimka Opeyemi, NCO II Adeleke Haruna, NCS Shitayo Omolade and officer Akure Olusegun in attendance for the courtesy visit”