“Order from the above”. This is a common utterance from Nigerian security and government officials especially whenever they are flouting the laws. For example, yesterday some police men who claimed to be directed by the Chairman Lagos State Taskforce, CSP Shola Jejeloye were found demolishing and excavating building materials from a private resident at Wasimi, Onigbongbo Village, Maryland, Ikeja Area of Lagos State. When accosted by the owners of the properties, the police men claimed they have ‘orders from the above’ to dismantle the said properties and take them away. It was a clear crisis of threat, tears, anger and misuse of government machineries 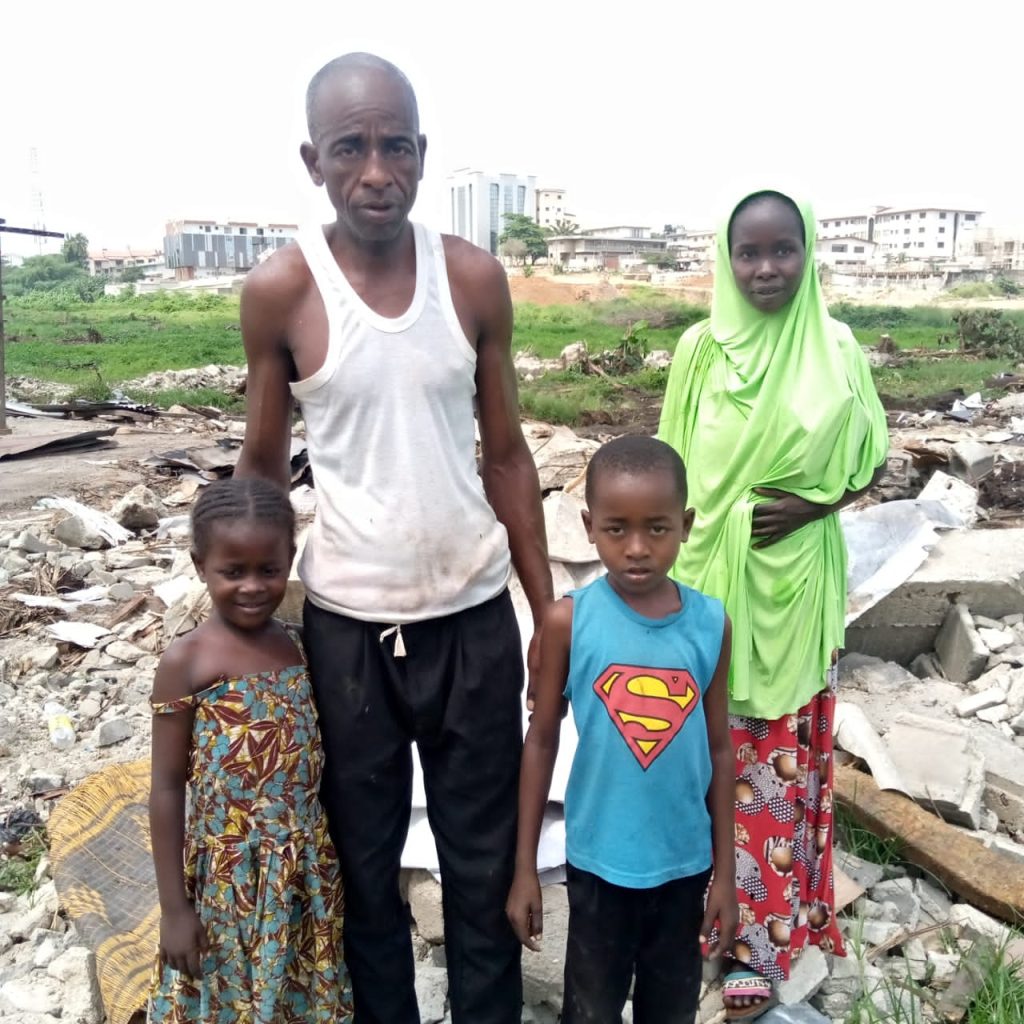 The police team came with heavy moving earth machinery including tractors and swamp buggy excavators with which they not only destroyed properties belonging to Lagosians but went as far as completely leveling their homes.

Alhaji Hakeem Osuolale, one of the property’s owners in the area, told SECURITY MONITOR that his destroyed properties when quantified is well over N1, 000,000, 000 (One Billion Naira). ‘They did not only demolish my buildings, they came with cutting tools and carted away all the meters and any valuable items met on my land”. I was not served any legal document to warrant the demolition. I was not invited to justify my ownership of the properties. All I saw was a demolition exercise with just ordinary utterance that they (police men) were acting based an order from the above”. 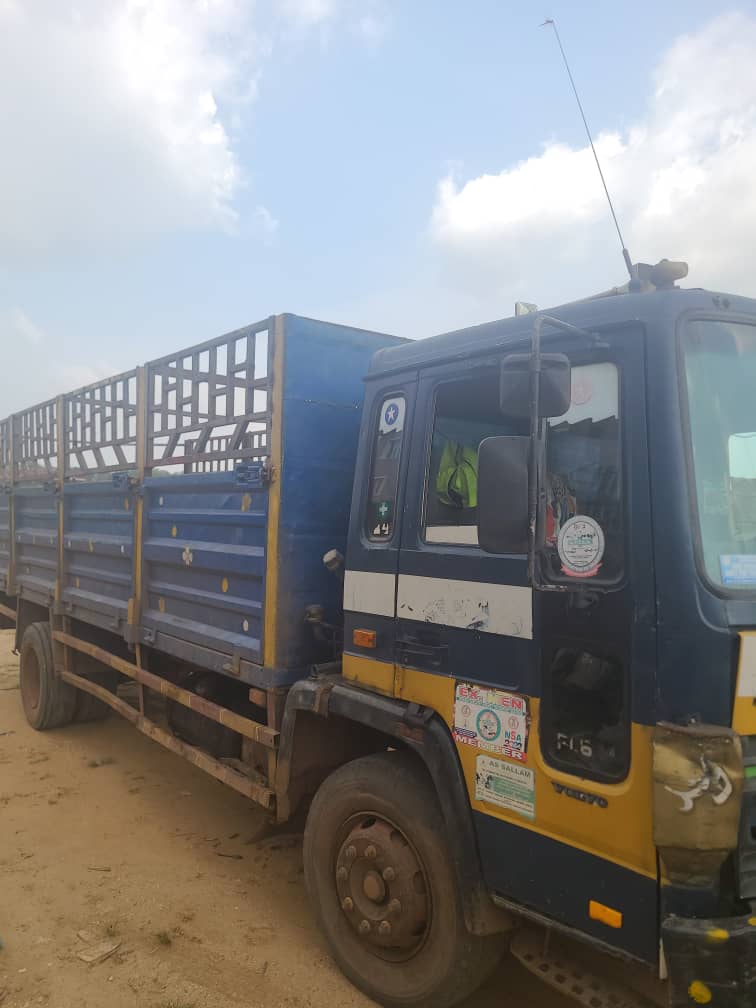 Osuolale who alleged CSP Jejeloye of illegal movement on his Maryland property in company of a young lady buttresses his ownership of the said landed properties with documents which shown Survey Plan No. OGEK/018/77 dated the 12th day of January 1977, Deed of Conveyance dated the 29th day of March 1978 executed between the accredited representatives the family who originally own the land. The the legal document is between Ilubamito Branch of Wasimi Family, as seller and Madam Dorcas Aduke Ogunseye, as buyer. Findings reveal this was registered as No. 65A on page 65A in Volume 1694 of the Register of Deeds at the Lagos State Land Registry, Lagos State. 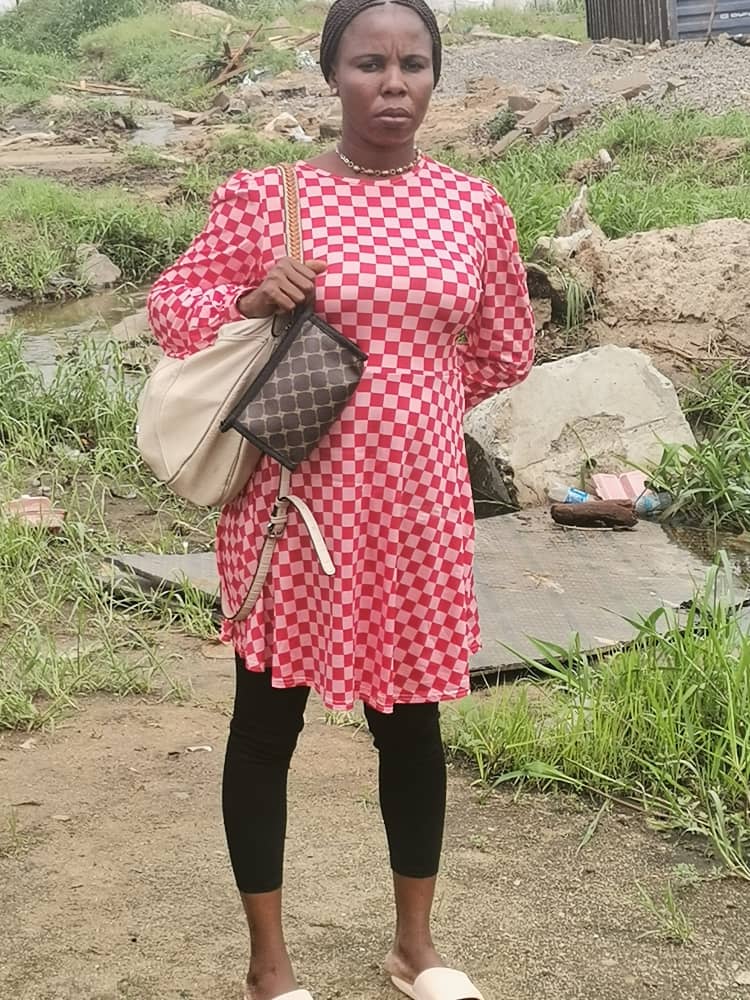 “CSP Shola Jejeloye has a history of uncivilized destruction of properties at the Easton Towers, Wasimi Village, Maryland, Lagos State. He had earlier on the 12th day of August, 2021 in the company of Idris Salako, the then Commissioner for Physical Planning and Urban Development in Lagos State invaded my property which led to a protest litigation where I’m seeking N3,000,000,000 (Three Billion Naira) damages at the Federal High”

Chief Ganiu Sodiq, the Asoju Oba of Onigbongbo royal dynasty wonders why government will embark on demolition without prior notice. The monarch lamenst the lost incurred by many residents and the agony associated with their homelessness. He charges government and security agencies to be lawful and do things according to the dictates of the law.

Eyitayo Abiodun, legal practitioner and counsel to the victim of demolished houses said “ I don’t understand the reason or legal justification of the actions of CSP Shola Jejeloye, when under the guise of carrying out the orders of the Inspector General of Police, led a team of fully armed Police officers, who we understand were instructed to unleash violence on anybody putting up any resistance to the illegal demolition of private properties. And it is unfortunate that the police which supposed to be a custodian of the law are flouting the law. The questions we are asking now is whether commissioner of police or the Inspector General of Police, IGP, order CSP Shola Jejeloye to deploy armed Policemen and demolition team to carry out the demolition and if the IGP gave the instruction, on the petition of another private citizen or government agency. And if the property owner was not entitled to be heard on the Petition in relation to his rights over the land before enforcement is carried out, and if enforcement is to be carried out, can it be done without a Court order?

The legal practitioner who affirmed he will be going to court to seek redress stated that it is imperative to ask if the directives were not given by the IGP, is CSP Shola Jejeloye, now above the law, and not supposed to be called to order for acting in an unprofessional manner which is oppressive to the lives and properties of citizens he is supposed to be protecting as a police officer?

In a petition forwarded to the IGP, Copies of which were sent to the Lagos state Governor, the Lagos state commissioner of Justice and Attorney General of the state, Commissioner of Police, and the Chairman of Lagos Taskforce, Alhaji Osuolale who felt cheated and oppressed over the demolition requests for a full scale investigation into the facts and circumstances of this matter. He also request that the IGP should prevail on CSP Shola Jejeloye to restrain himself from using brutal force against the lives and properties of fellow Citizens entrusted to his care as a Police officer bearing arms for the good of Nigerian society.

All efforts to speak with CSP Jejeloye over the crisis proved unfruitful as he neither pick call nor responded to messages sent to him. If was also said not to be on seat when journalists visited his Oshodi office on Wednesday.

However, Olumuiwa Adejobi, a Chief Superintendent of Police, CSP and Force Police Public Relation Office, FPRO told Town Crier News Nigeria that complains about activities of the police men attached to the Lagos Taskforce should be channeled to the Lagos State Government.

RIVERS 2023: Eze Issues Quit Notice to Wike and his PDP….Describes Over 800-Member Tonye Cole Campaign Team with Amaechi Leading the Force as a Strong Composition to Rescue Rivers State…Pleads with Those not Yet on the List to Cooperate with the Party and Partner with the Campaign Team for Victory …Describes Appointment of his Media Son as Media Director of the Campaign as a Welcome Development.