Federal High Court Ruled That The Arm Has No Power To Arrest ,Detain And Investigate Crimes Says It IS Usurp Police Power 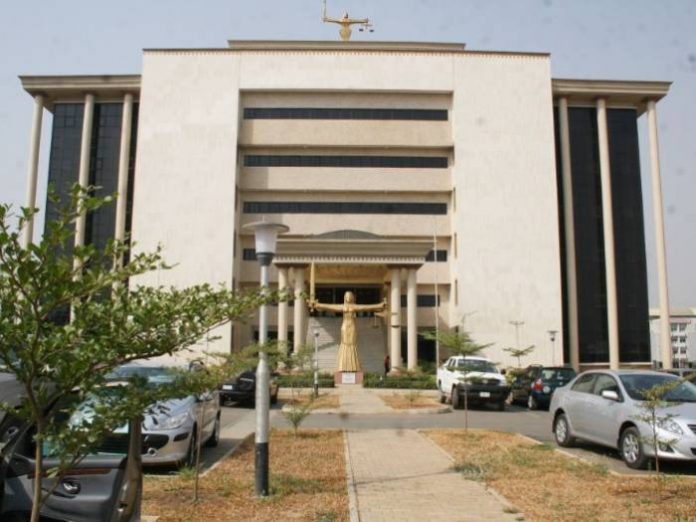 It was relief and jubilation in Abuja today as Mr Justice Taiwo Taiwo of the Federal High Court put an end to the protracted Fundamental Rights Enforcement suit brought by Miss Grace Anita Paul against the Chief of Army Staff ,the Nigeria Army, Inspector General of Police and the Nigerian Police Force .

Miss Paul alleged that officers of the Nigerian Army invaded her residence and abducted her to Mambilla Barracks in Abuja on October 24th 2019 where she was subjected to inhuman and degrading treatment, and untold hardship. She was kept in a guardroom with other male inmates. She was later transferred to the SARS where she was kept for more than 2 months without charge or trial. During the period of her incarceration, her small business collapsed as her customers disappeared. Miss Paul produces hand woven and plastic bags used by market women.

In the Judgment delivered on the 17th day of February, 2021,Justice Taiwo held that the Nigerian Army lacks the power to arrest, investigate and hold in custody,anyone who is not subject to the Armed Forces Act or any other military law. While dismissing the objections of A.A. Mohammed, SAN, who appeared for Nigeria Army, Justice Taiwo held that the Military should not usurp the powers of the Nigerian Police under Sections 4 and 84 of the Police Act which empowers the Police to detect and investigate crime.

Akpomiemie Akpomiemie of Abdul Oroh and Co, Counsel to the Applicant had argued that the Military lacks the power under S217 of the Constitution of the Federal Republic of Nigeria, 1999 to arrest, detain and investigate anyone not subject to Military law.

Akpomiemie also argued that the detention of the Applicant by the defunct SARS of the Nigeria Police is illegal, unlawful and unconstitutional.

In his considered ruling, Justice Taiwo held that for Democracy to thrive, all agencies of government should act within the law. He awarded damages of 5 Million Naira against the 1st and 2nd Respondents (The chief of Army Staff and the Nigerian Army) and 10 Million Naira against the Inspector General of Police and the Nigerian Police Force sued as 3rd and 4th Respondent. The police did not defend the petition.Justice TAIWO also made an order or perpetual Injunction restraining the Nigeria Army and the Nigeria Police from further violation of her rights. He also ordered the Police to return all her seized items within 7 days.

Akpomiemie commended the court for the erudite judgment and for restating the true position of the law irrespective of the powers involved.

Miss Paul said she was relieved that justice has finally been served considering the humiliation and the indignity she went through. She said her family in Akwanga Nasarawa State tried to prevail on her to withdraw the case because they were afraid of the army but “if I remember what they did to me, I felt it is better to die than to tolerate it.” Her Elder brother Emmanuel said he now believed that the judiciary is the last hope of the common man and woman.

Ehingbeti 2021: An In -Covid Jamboree