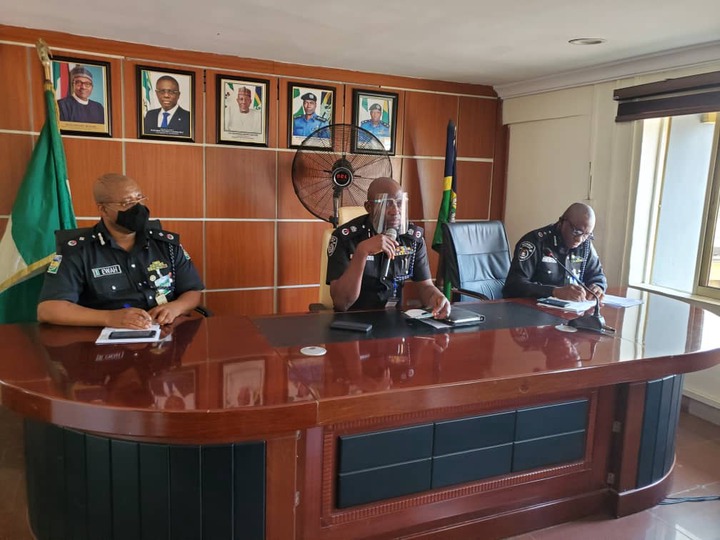 CP Hakeem Olusegun Odumosu in a Meeting with Officers

CSP Muyiwa Adejobi Lagos Command Police Public Relations Officer had made it known to the Newsmen ,that the Commissioner of Police Lagos State Police Command CP Hakeem Olusegun Odumosu had mobilized additional men to Alakuko and the affected areas will be updated soon.

A Resident who spoke on anonymity said , that All the policemen at Dalemo have left o.

” The OP Mesa too has gone

” I saw the DPOs of Alakuko and Alayinla, they have all gone. The NURTW leader controlling Kola Alagbado known as Istijabah was also here to calm the guys but all of them have gone.

” The atmosphere is relatively calm now bit the guys may continue.

” There is supposed to be a police patrol stationed here for some time.

CSP Muyiwa Adejobi Lagos Command Police Public Relations Officer ,Said ,that ,” We have effected some arrests. I will make the command’s position on this know soon.

” In a meeting now. The CP had called the .eating of all d Area Commnaders and Mobile Police accross the state.

No Room For Lawlessness,Hooliganism In Lagos_ CP