The Leader Of INRI Evangelical Spiritual Church, Primate Elijah Ayodele has faced backlashes following his prophecy against the ambition of Labour party candidate, Peter Obi ahead of the 2023 presidential election.

During the release of his annual book of prophecy ‘Warnings To The Nations’ on Saturday, 9th Of July, 2022, Primate Ayodele had mentioned that Peter Obi isn’t ordained to become Nigeria’s next president and that he is only a noise maker who will not be victorious at the end of the day.

It seems this statement didn’t go down well with followers of the politician and they have since launched a social media attack against Primate Ayodele, while also calling him names.

While reacting to this, a political analyst, James Obi has warned the followers of Peter Obi to take caution because attacking Primate Ayodele will only ruin the chances of their candidate in the election.

He stated that when a prophet speaks about the future, one has to wait for the time to come before making statements that are not suitable for the man of God.

Obi referred to Primate Ayodele’s past prophecy on the candidate of the APC in Anambra election, Andy Uba, stating that Primate Ayodele told him that he won’t become governor in the state but his supporters launched an attack against the man of God but at the end of the day, they had to lick their wound.

He advised them to take precaution, apologize to the man of God and wait till the 2023 election before castigating Primate Ayodele.

‘’The social media attack launched against the person of Primate Elijah Ayodele, the prophet of God is totally uncalled for. The man of God has prophesied, this prophecy has a time frame to come to pass which of course is 2023 during Nigeria’s presidential election. If Peter Obi emerges, we can castigate the prophet but if he doesn’t emerge, we just give Glory to God for speaking through his prophet ahead of time.

I believe a prophet doesn’t speak out of his own intelligence, a prophet speaks according to what God showed him, do we now blame the prophet for listening to God? Is it a sin to be a prophet? It gives me so much worry when ordinary human beings that don’t have a relationship with God at all castigate a man who has devoted all his life to the service of God, you don’t even have the right to tackle whatever he prophesies as long as he continues to prove his calling with the fulfilment of prophecies.

I remember vividly in 2021 when Anambra governorship election was held, Primate Ayodele had long before the election released names of aspirants who won’t become the governor of Anambra state and surprisingly, the candidate of the APC, Andy Uba was mentioned in the list.

Instead of listening to the prophet and probably reach out to him for spiritual assistance, Andy Uba’s media team started sponsoring stories against the man of God, calling him names and lying against him; At the end of the day, Andy Uba didn’t even come second in the election and was even sacked by the court as the APC candidate, erasing the memory of his participation in the Anambra governorship election. He could have corrected it and not gone through so much disgrace but because of his obstinacy to the word of God, he was deeply humiliated.

The same thing goes for Governor Dave Umahi and his colleague, Governor Ben Ayade who were warned by the prophet against decamping to APC. Primate Ayodele categorically told them that they won’t get what they are looking for in the ruling party but they never listened, we all know how they were made irrelevant in the party’s presidential primary.

It’s unfortunate that the supporters of Peter Obi are going through that same path of obstinacy against the word of God. They are so blindfolded to know that Primate Ayodele is just a vessel, God is the originator of the prophetic warning. Well, the earlier they know, the better that Primate Ayodele will not even bow for their attacks, rather, they will continue to ruin the chances of their candidate who is still trying to build a political structure.

If Peter Obi is wise, he better calls his supporters to order, they can speak against any other person but attacking Primate Ayodele who is a proven servant of God? That’s dangerous for his ambition.’’ 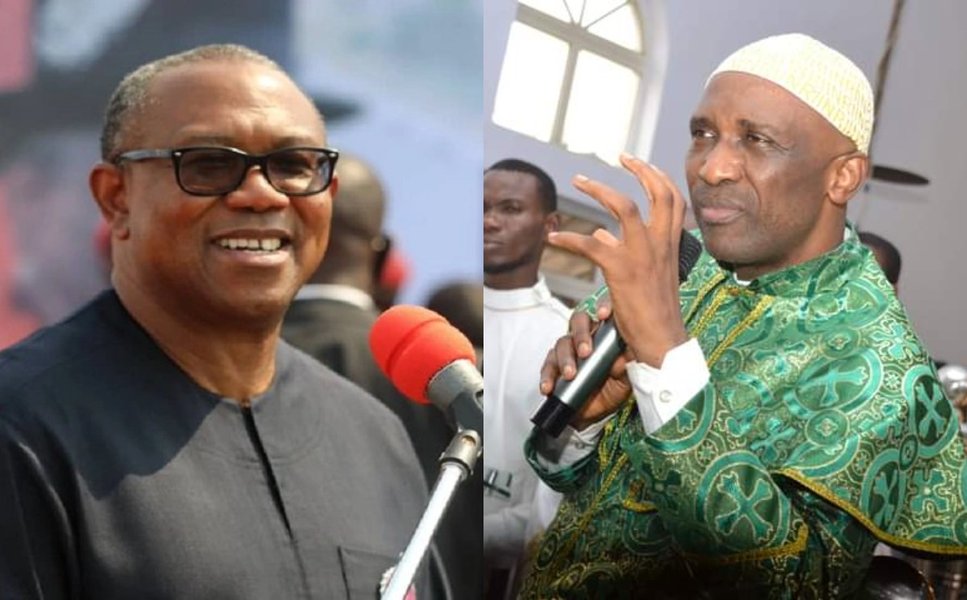