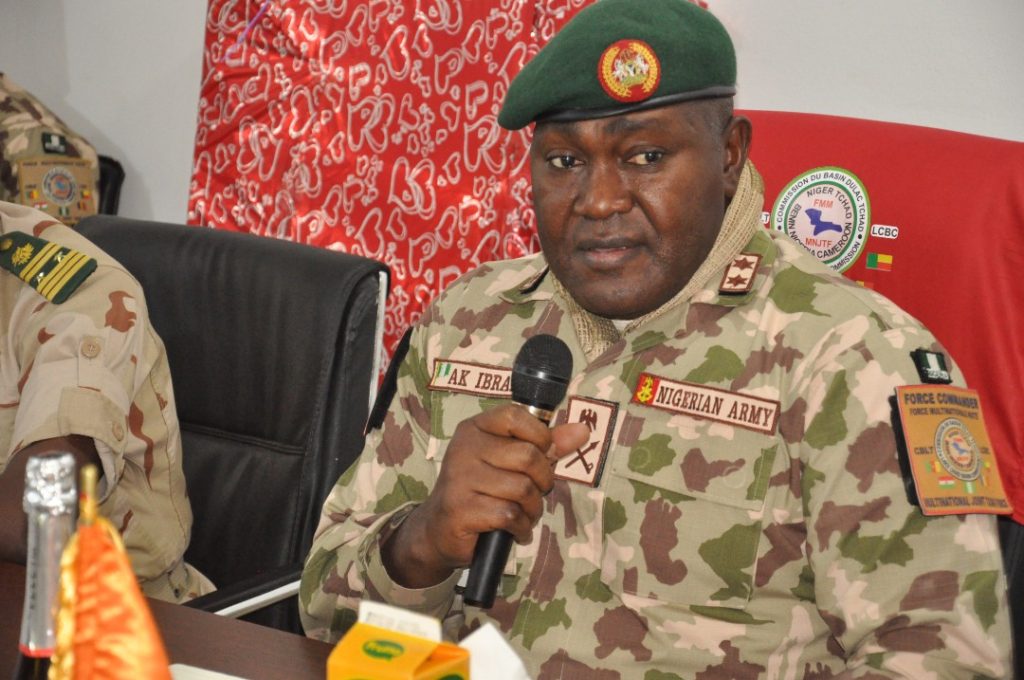 The Headquarters Multinational Joint Taskforce (MNJTF) organized a befitting send forth in honour of Lieutenant Colonel Segolene Hobson (British Army) on the occasion of her successful completion of tour of duty which took place on 16 February 2022. Lt Col Hobson was the Commander Liaison and Support Team MNJTF as part of Operation TURUS and a United Kingdom (UK) Staff Officer for Development and Stabilization with Centre for Coordination and Liaison (CCL) in N’Djamena Chad. 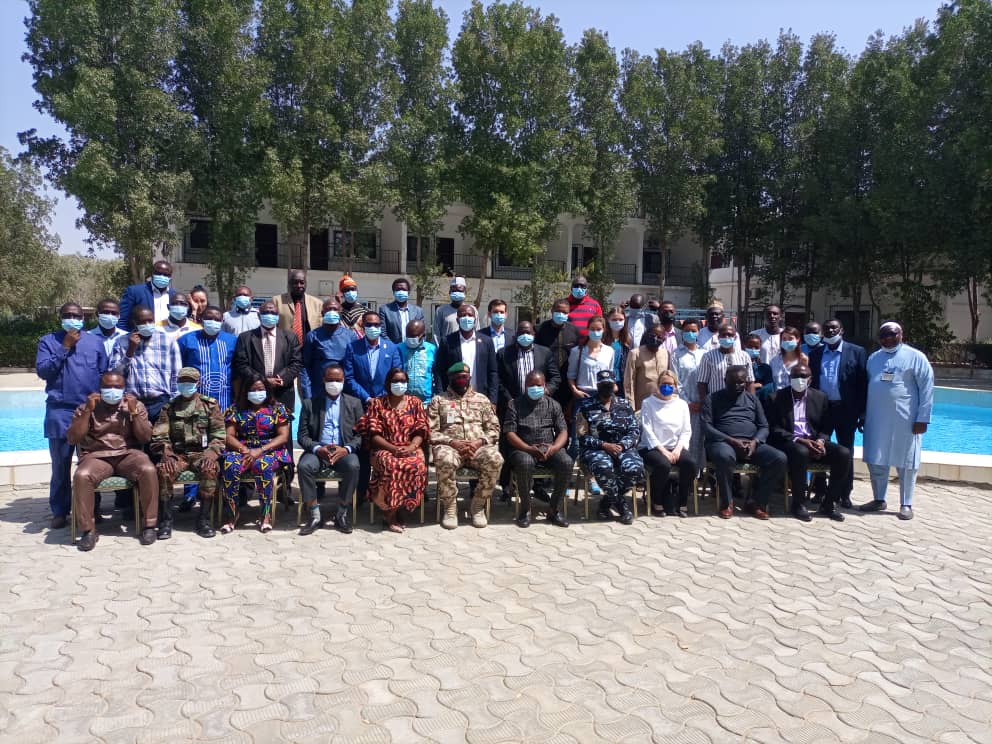 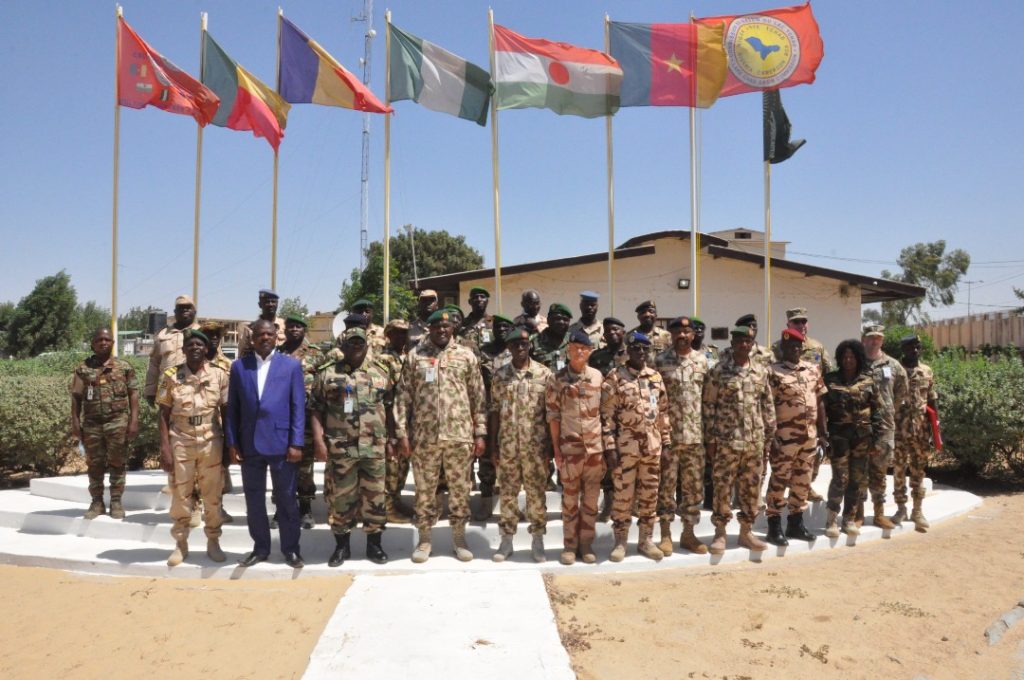 General Ibrahim praised her efforts in coordination of the medical outreaches for communities and conduct of series of training packages for MNJTF personnel, as part of the UK government support. He added that, the training packages and donation of twelve combat cameras will surely improve the troop operational efficiency and proficiency. 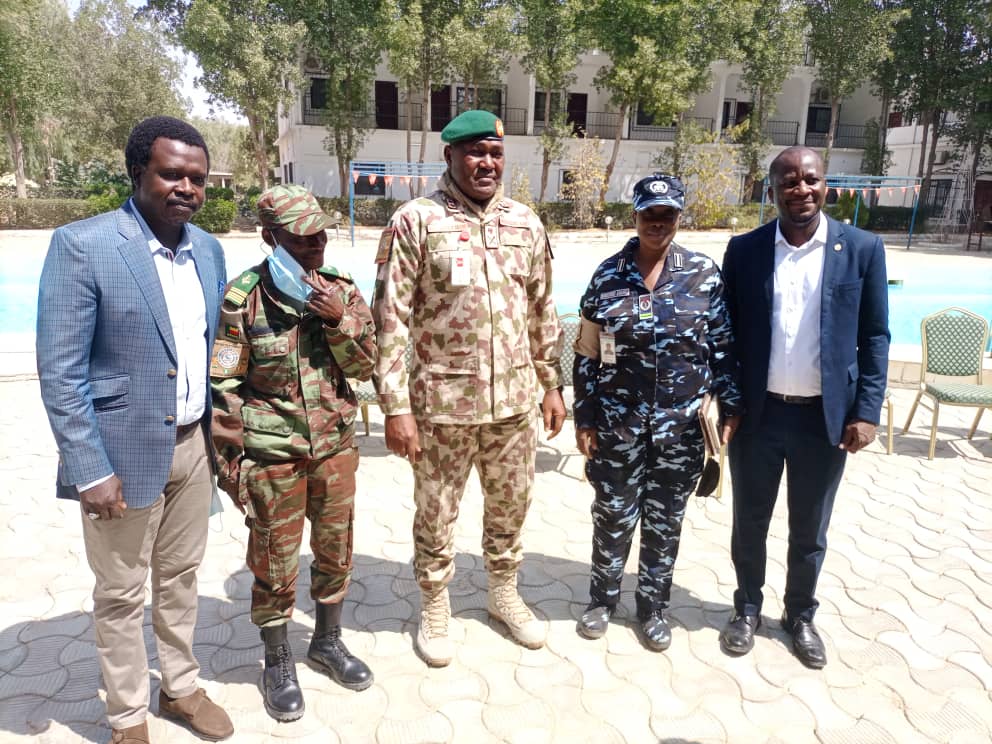 General Ibrahim urged to have a focused and proactive partnership between MNJTF and UK forces, pointing out that working together with partners will speedily end terrorism in the region. He said, such global alliance and collaboration will definitely open opportunities to explore common goals and aspiration in the fight against terror. Highlights of the event included decoration of the honorary MNJTF medal and presentation of the souvenirs to the departing senior officer. The event was hitch free.

In a similar event, an Executive Session in honour of Colonel IM Kabir (Nigerian Army) the outgoing Chief Military Intelligence Officer(J2) was held on 18 February 2022 at the HQ MNJTF N’Djamena Chad. Colonel Kabir has completed his tour of duty and will soon proceed on retirement after thirty-two years of meritorious service in the Nigerian Army. General Ibrahim lauded his deep analysis of information and near perfect projections, which impacted positively in the recent conduct of field operations. He said, it is a pride to serve in the military profession meritoriously and retire honourably in good health, hence he congratulated and wish him success in his future endeavours.

In another development, a total of twelve Military Staff Officers (MSOs) from Chad, Nigeria and Niger republics have completed their tour of duty. During the medal presentation ceremony, the MSOs were decorated with MNJTF medals, presented certificates and customized plaques on 18 February 2022. The colourful ceremony was in recognition and appreciation of their selfless contribution and support to the conduct of various operations across the sectors for the restoration of peace and security in the region.

General Ibrahim expressed satisfaction with their performance, which has enabled the Force to execute various offensive and humanitarian operations in the course of achieving the mandates of the MNJTF. Stating that, the situation in Lake Chad is getting better, now Internally Displaced Persons (IDPs) are returning to their localities and engaging in different socio-economic activities. “Despite ongoing terrorists surrender to the troops, the Force will continue to launch offensive attacks until the remnant of the criminals are totally smoked out of their enclaves” he added. 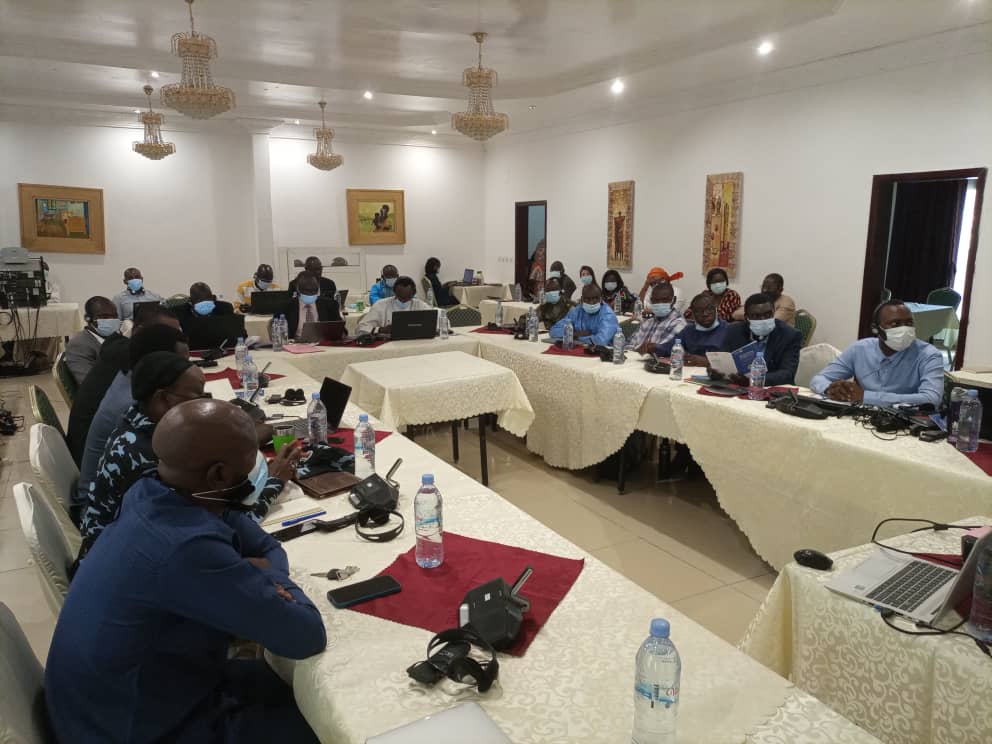 The FC appreciated the unrelenting support of the Troops Contributing Countries to MNJTF in accomplishing its mandates, thus restoring the much-needed peace and security in the region. He paid tribute to the fallen heroes, who paid the supreme sacrifice. He prayed for the eternal repose of their souls and wish speedy recovery to the injured ones. All the events were hitch free