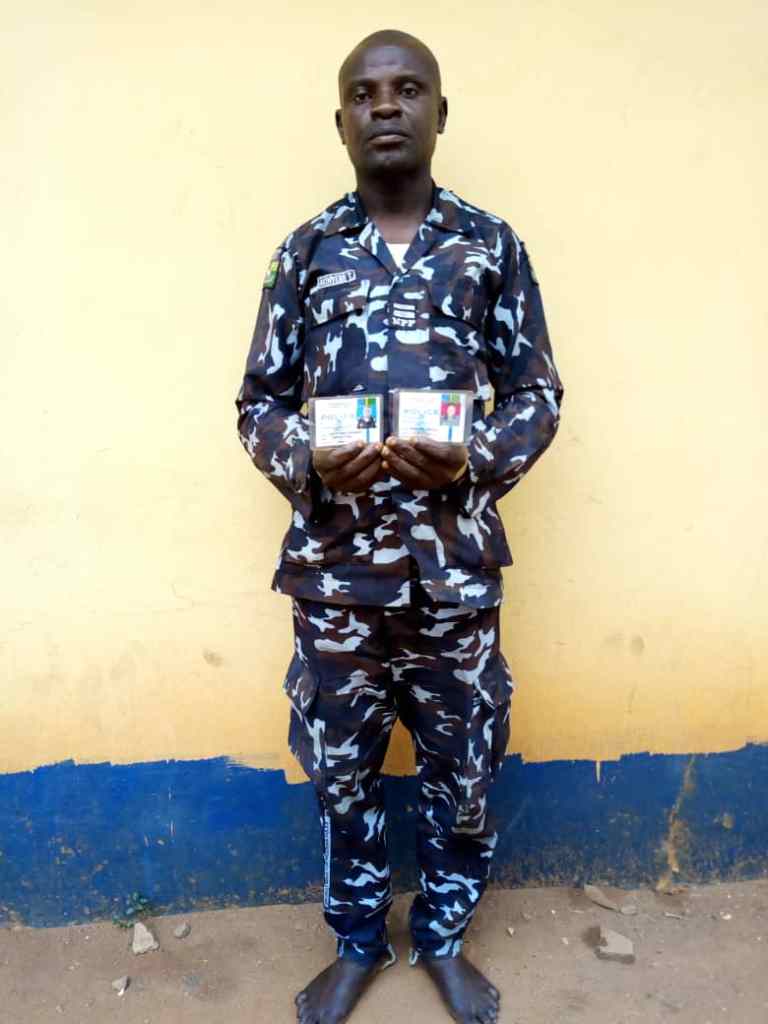 In a statement by the police public relations officer in Ogun State, Abimbola Oyeyemi the suspect was arrested while policemen attached to Sagamu divisional police headquarters were on routine patrol and sighted the suspect in full police camouflage uniform at under the bridge along Lagos Ibadan expressway.

The Police Spokesman noted that the conduct of the suspect raise suspicion of the policemen who then stopped to question him.

Immediately the patrol vehicle stopped, the suspect took to his heels and was chased and apprehended.

Oyeyemi added that on interrogation, he confessed been a dismissed policeman using the uniform to extort unsuspecting members of the public.

Items recovered from him aside from the uniform is a police warrant card.

Meanwhile, the commissioner of police CP Lanre Bankole has ordered a full investigation into the activities of the suspect with the view to charge him to court as soon as possible.

*SECURITY OF HYRO-CARBON INFRASTRUCTURE: CHIEF OF DEFENCE STAFF MEETS WITH GOVERNORS OF OIL PRODUCING STATES AND OTHER STAKEHOLDERS*