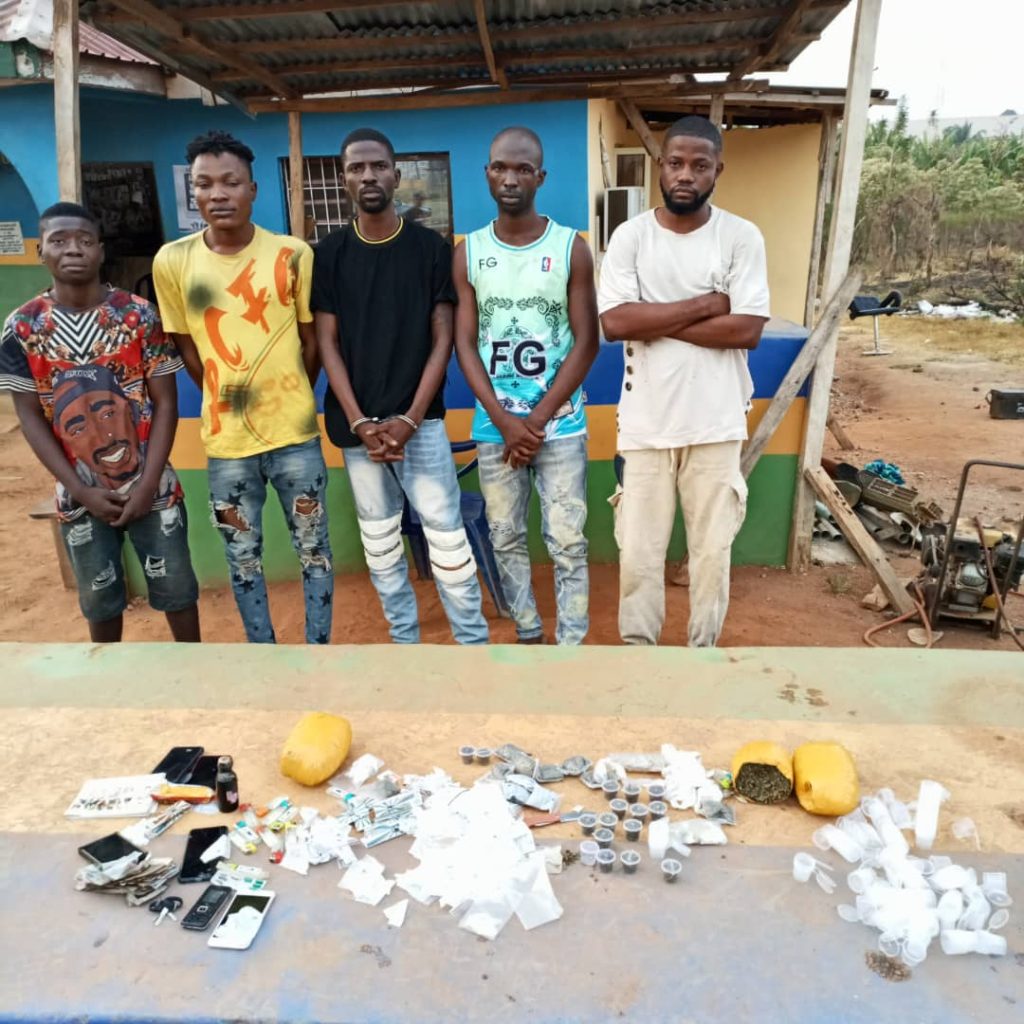 Operatives of Rapid Response Squad was On February, 18 2022 at about 02:30 Pm when the Command received a credible tip off that a group of suspected cultists were sighted in one INSPIRATION HOTE , Ikere-Ekiti ,of Ekiti State Southwest Nigeria. 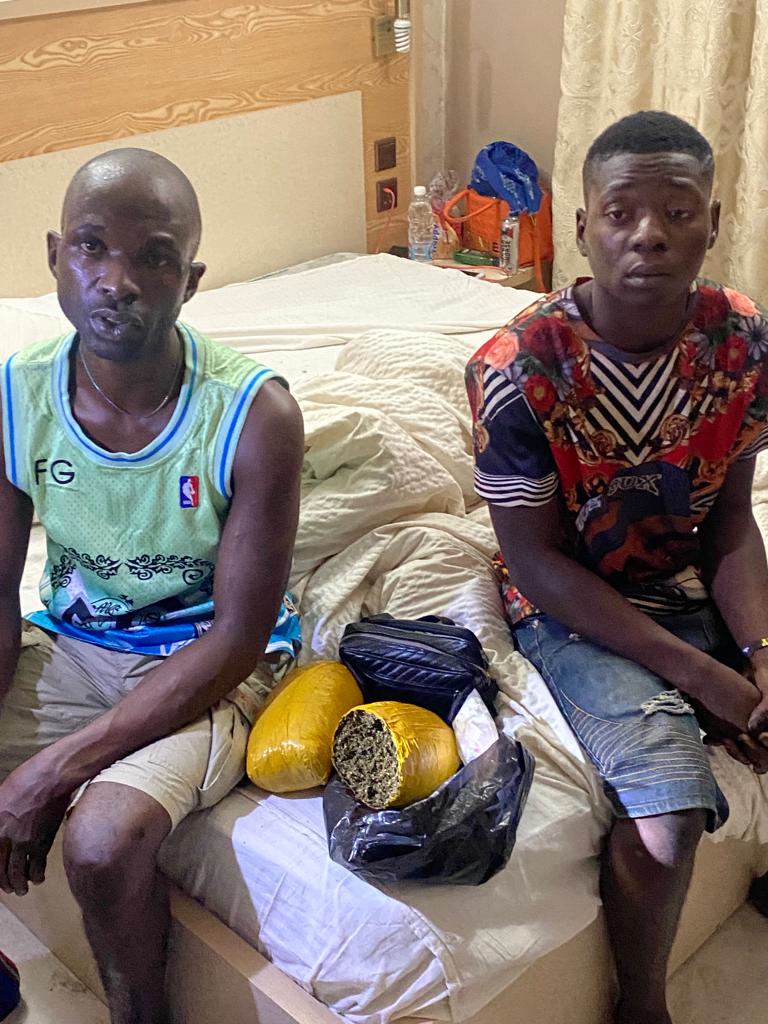 ” Upon the receipt of the information, the operatives of the Rapid Response Squad(RRS) swung into action and on getting to the hotel, one Adewumi Gboyega a.k.a PASU, Temitope Oyeyemi a.k.a THIAGO, Kazeem Ayomide a.k.a SATIM, Adewumi Praise and Olayinka Emmanuel were found in one of the hotel rooms.

He State that ,” During interrogation, the arrested suspects confessed to be illicit drug dealers.

” The Ekiti State Commissioner of Police, *CP TUNDE MOBAYO,* while commending the members of the public for their cooperation and support in providing timely and useful information to the Police that has led to the arrest of the suspects and other criminal elements in the society, promises that the Command, under his watch, will not relent in its efforts to cripple the activities of criminals in the State. He Concluded