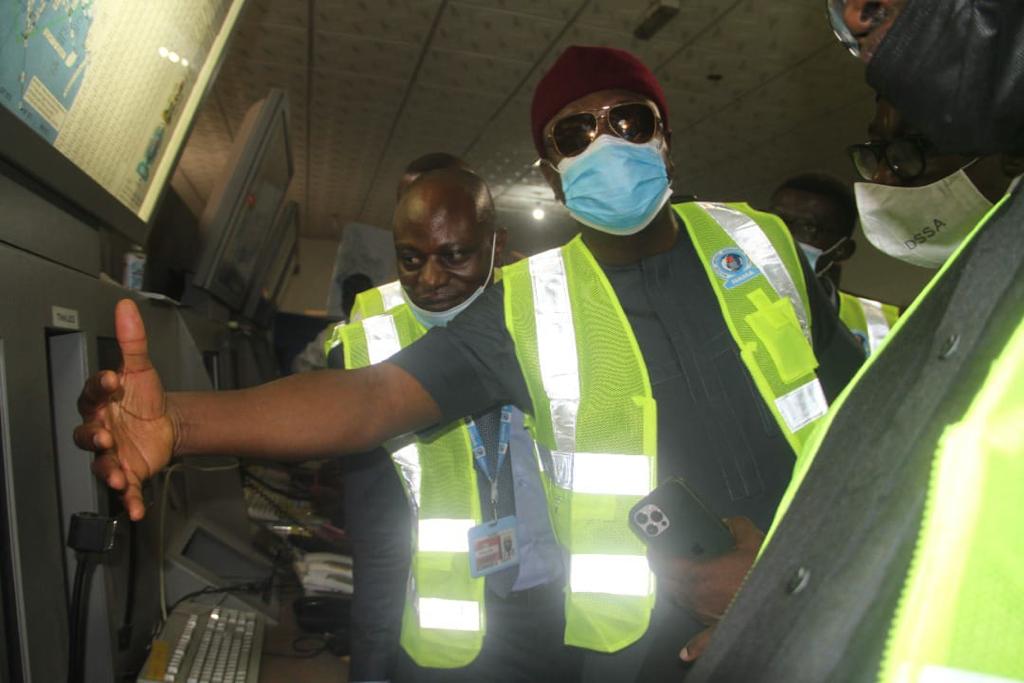 Ibezim noted the failure of aviation authorities to provide facilities befitting the current status of the airport, which ranks fourth in the country in terms of passenger traffic and revenue generation is unacceptable and wondered why things are the way they are.

The senator was among the combined team of the Senate and House of Representatives Committees on Aviation, who embarked on oversight tour of aviation agencies in Lagos and urged the authorities to address the deficit at the airport without any further delay.

He asked the Managing Director of the Nigerian Airspace Management Agency, NAMA, Mr. Mathew Pwajok why the Sam Mbakwe Cargo Airport should not have Category Two Instrument Landing System, ILS, despite the fact that it ranks fourth in terms of passenger traffic and revenue generation.

The installation of Category Two lLS, if effected, would reduce the airport weather minimal to 300 metres as against 800 metres minimal visibility, which applies at the moment.

“My people are suffering undue delays and flight cancellations, as a result of this weather challenge and it’s affecting businesses in the South East,” Senator Ibezim lamented, urging the relevant agencies to urgently address the matter.

The NAMA boss and his Nigeria Civil Aviation counterpart, Captain Musa Nuhu, assured that plans were in progress to upgrade the facilities at the airport because of the volume of traffic to Owerri.

Captain Nuhu further said: “For Category Two ILS, which is to be provided by NAMA to function efficiently, the Federal Airports Authority of Nigeria (FAAN) must install a corresponding airfield lighting system and all these cost a lot of money.”

However, he noted that the airport deserves Category Two ILS because of the volume of aircraft and passenger movements currently being recorded at Owerri Airport and promised it must be installed soon.