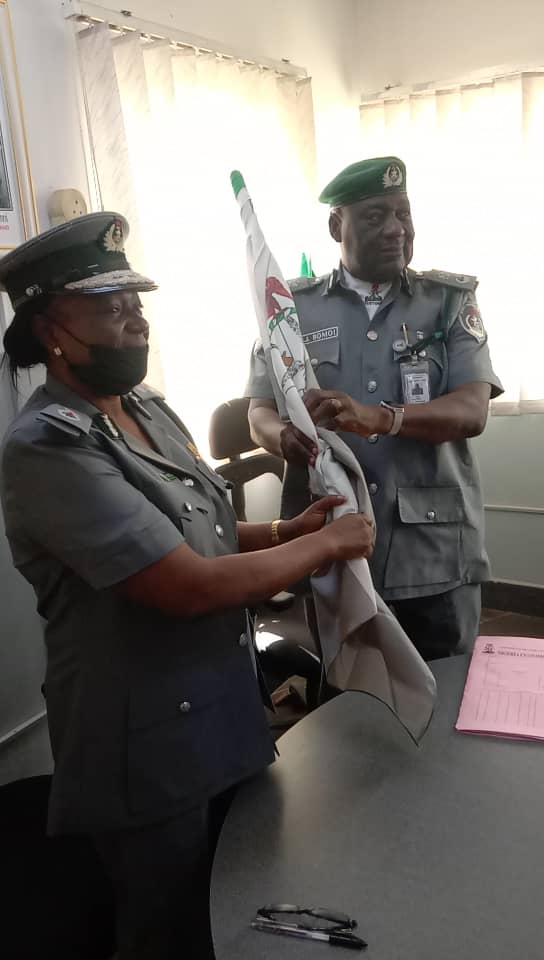 Comptroller SJ BOMOI was one of the Customs Comptroller who were recently redeployed by the Comptroller General of Customs, Col. Hameed Ibrahim Ali (rtd) on 8th of February,2022.

Until his appointment, Compt. SJ Bomoi has served under verious capacity such as, CIU Team Manager for 8 year’s, Ag. CAC IMO/ABIA and Customs Controller Transport and Logistics at the Service Headquarters.

In a brief handing and taking over ceremony that took place in the Command’s Conference Hall with stakeholders present, the outgoing CAC, Compt. NP Burromvyat mni. Welcomed and Congratulated Compt. SJ Bomoi to FCT Area Command. She thanked Officers and Men of the Command for the cooperation and support accorded her and urged them to do more to the new Comptroller. 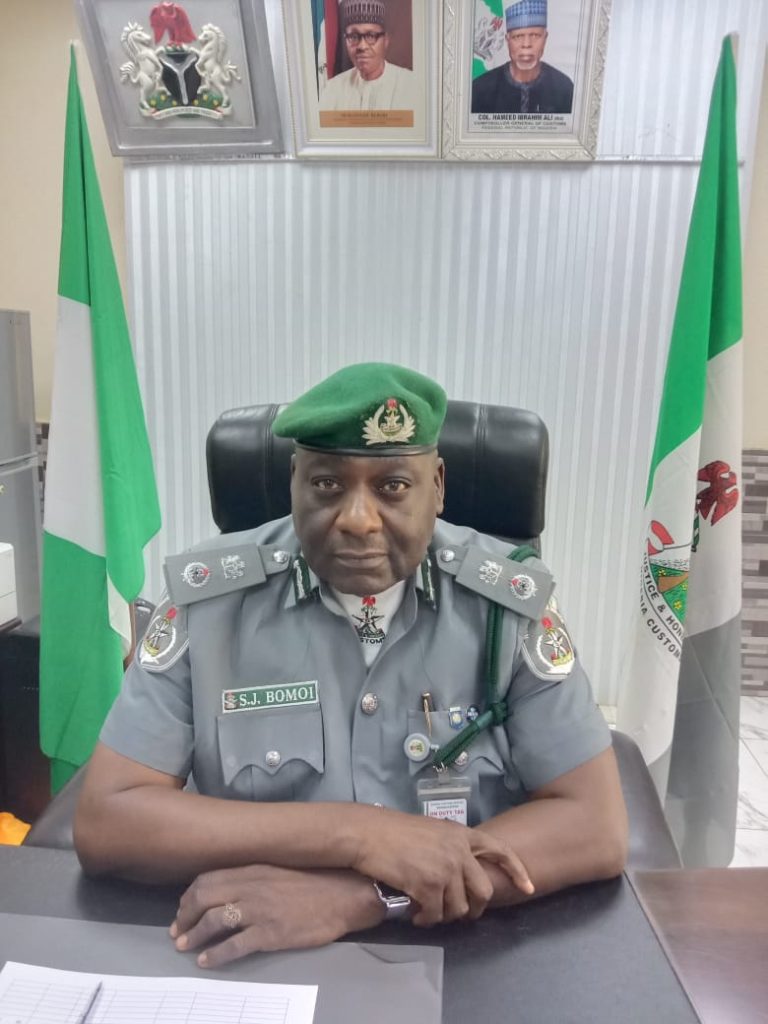 Compt. SJ Bomoi in his speech Thanked the outgoing Comptroller and commended her for the precedent she as set. The new CAC promised to work with all units and informed Officers and stakeholders that he operates an open door policy.

He called on Officers and Men as well as stakeholders to accord him same cooperation they gave Compt. NP Burromvyat mni. Compt. Bomoi said he is a man of peace, however indiscipline will not be tolerated.