In a press statement made available to the National Association of Online Security News Publishers, NAOSNP stated that, “The Managing Director/CEO of Sterling Bank Nig. Plc. Mr. Abubakar Suleiman along with his team hosted the management team from the Lagos State Security Trust Fund (LSSTF) led by Dr. Abdurrazaq Balogun the Executive Secretary/CEO. The visit was in furtherance of the partnership of the bank with the Fund towards the continued sustenance of a safe and secure environment where businesses can thrive and for the prosperity of all.”

According to the Statement, “Sterling bank has partnered with the Fund since its inception in 2007 by making significant contributions towards the improvement of security in the State. While the Executive Secretary/CEO of the Fund briefed the management of the bank on the activities and security interventions the Fund has been engaged with in recent times, it noted that the issue of security was very critical with Lagos being a mega city with a daily influx of migrants from other parts of the country and beyond the borders, the pressure on state infrastructure is huge, there is a higher probability of robbery and violent crimes, not to mention, the increasing issue of drug-related crimes amongst the youths, etc.”

‘‘LSSTF has been effective in facilitating safety and security in the State due of its transparency and accountability of showing donors that their monies are being expended judiciously in the procurement of vehicles, logistics and training for the security agencies in the State”, Balogun said. 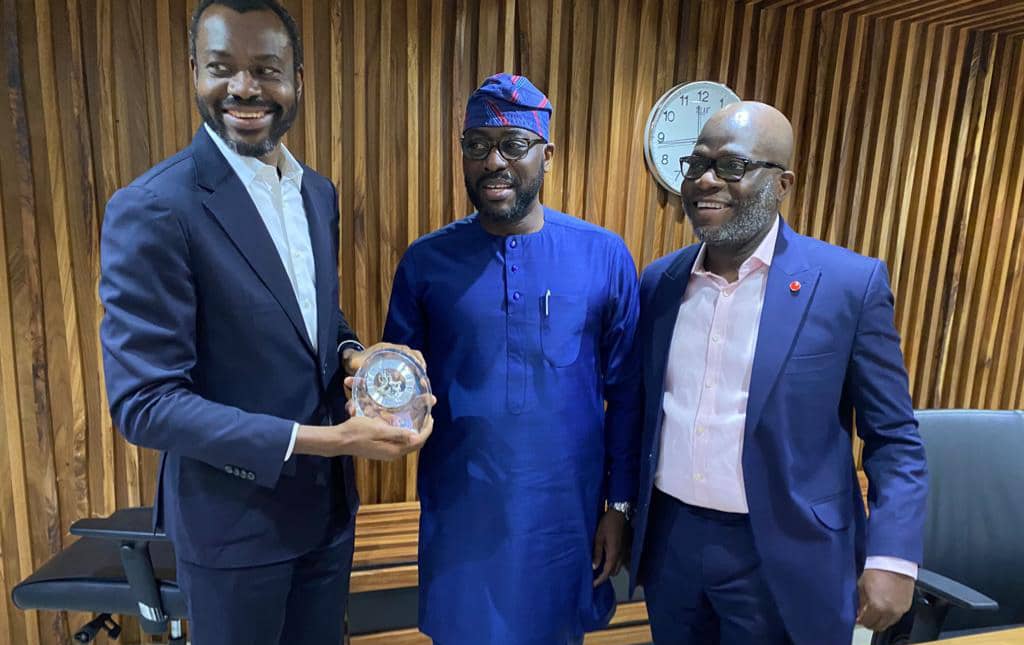 In response, Mr. Suleiman said that the visit was very timely as it gave his team a better understanding of the relevance of the Fund. It was however noted that despite Lagos being perceived as the safest state in the country, it should not be taken for granted.

The safer a state is perceived to be, the more the need to intensify efforts to keep it that way.  The aftermath of a crime could indeed become more expensive than its prevention, he stated.

He went on to say that while the bank will make its donations to the Fund and collaborate with the Fund where necessary to improve the challenge of insecurity and traffic management, it will encourage the Fund to come up with a strategy that commits the bank and indeed other corporate organizations to an annual subscription/support for a more structured intervention.

Dr. Balogun expressed the Fund’s immense gratitude for the pledge made by Sterling Bank and its buy into the Fund’s mandate and encouraged other stakeholders to take a cue from the bank to do same.