An officer of the Lagos State Traffic Management Agency (LASTMA), Abdulwahab Lawal has been honoured with a Peace Award by the Rotary Club of Lagos in recognition of his sterling qualities and devotion to duty yesterday 9th February, 2022 at the Boat Club, Ikoyi, Lagos. The honour was presented by the President of the Club, Babawale Agbeyangi. 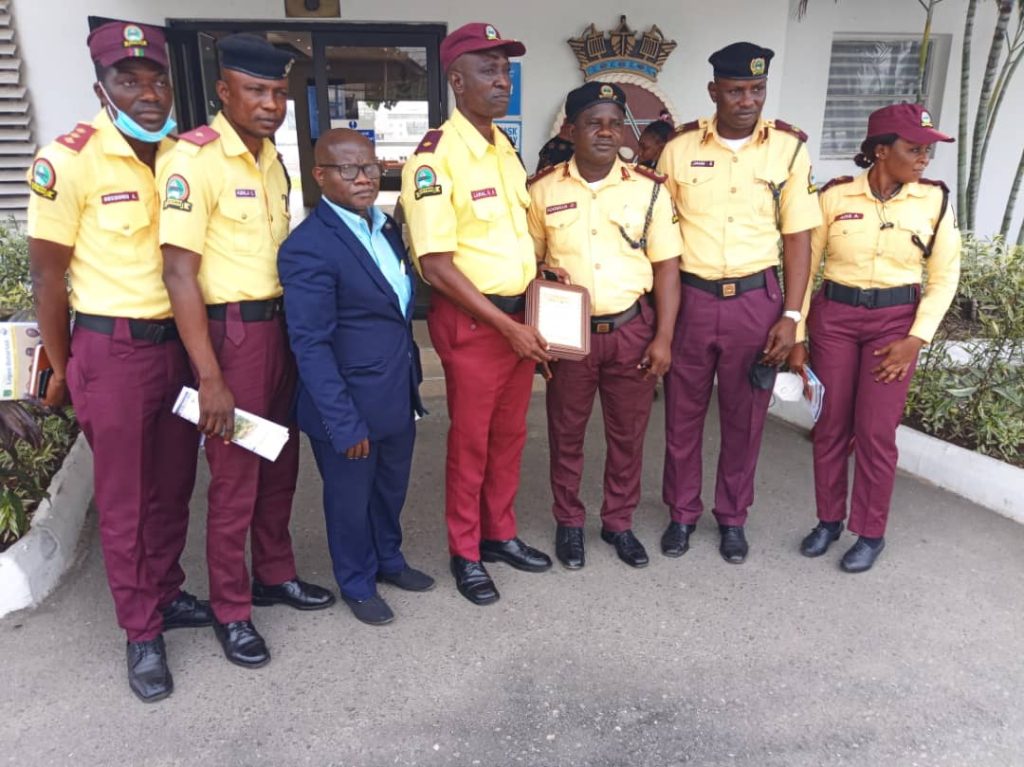 The LASTMA Officer Abdulwahab Lawal, supported by members of his family, representatives from headquarter and field staff of LASTMA, was full of praises for the Rotary Club of Lagos for finding him worthy of the honour. He further reiterated his commitment to keeping up his tremendous efforts to ensure that Lagos traffic is moving on- and off-rush hours Dedeigbo Ayodeji Samson of Town Crier News Nigeria reports.

The traffic agency has enjoyed a fresh burst of orientation, dedication, staff motivation and discipline under the leadership of Bolaji Oreagba since inception last year. It is poised to do more for the traffic situation in Lagos.

Expressing his excitement on the welcome development, the GM of LASTMA, Bolaji Oreagba praised the Rotary Club for bringing such an initiative which will serve as a morale booster not just for LASTMA but all public servants and indeed all Nigerians. He lauded the commitment of the officer, Abdulwahab Lawal and wants all officers to take a cue and ensure that sanity is kept in Lagos traffic.