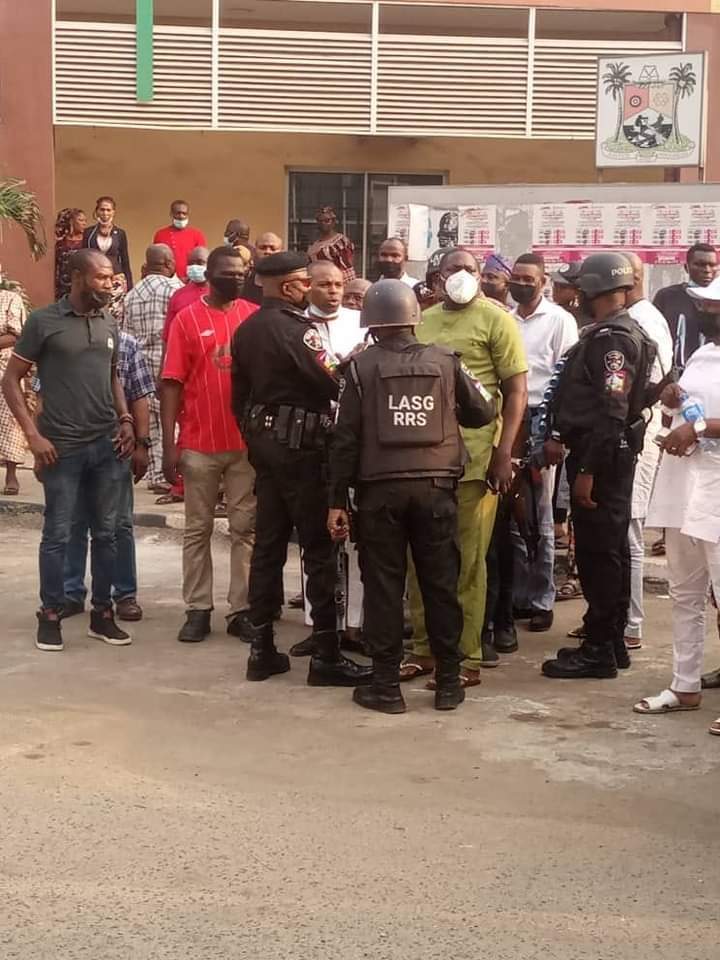 Lagos Rapid Response Squad (RRS), led by its Commander, CSP Olayinka Egbeyemi this evening arrested the two principal suspects in the constant clashes in Idumota and its environs which has intermittently crippled commercial activities in the area.

The arrest was effected today at a meeting where the two NURTW members along with some other stakeholders converged.

The latest clash which occurred last week Thursday reportedly led to the death of a victim while commercial activities were paralyzed in the area for some time until a joint team of police officers were deployed immediately to the area to restore peace.

Kunle Poly and Sego are presently being transferred to Zone II, Onikan, Lagos.