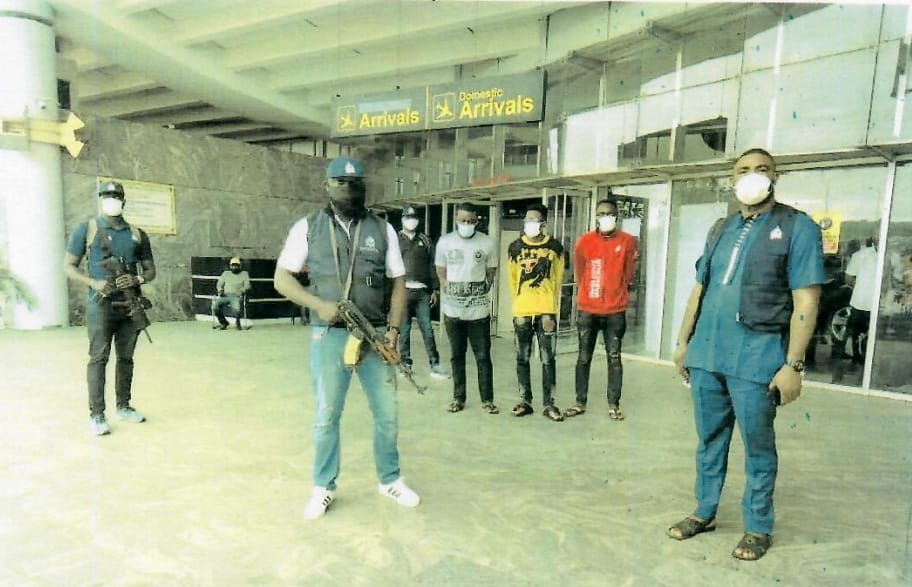 A combined and coordinated operation of the Nigerian Police and the International Police (INTERPOL), has yielded positive results as 12 alleged member of a prolific cybercrime network, has been arrested.

A statement exclusively obtained by the National Association of Online Security News Publishers (NAOSNP), and signed by the Vice President INTERPOL (Africa) and
Head, National Central Bureau Abuja, Director, DACORA, AIG (Dr) Garba Baba Umar, revealed that the joint operation, which was carried out by the officers of the Nigerian Police Cybercrime Unit and INTERPOL National Central Bureau (NCB) in Nigeria, exposed suspects said to be members of Silver Terrier, a network known for Business E-mail Compromise (BEC) scams which have harmed thousands of companies globally.

Describing how the intelligence-led operation was planned and executed, the statement stated the two prolific institutions undertook a 10-day operation, which lasted between December 13 and 22, where cybercrime officers simultaneously operated in Abuja, Lagos and Asaba in Delta State, arresting targeted suspects identified, ahead of time with intelligence provided by the INTERPOL.

The statement also noted that “Field operations were preceded by an intelligence exchange and analysis phase, where the Cybercrime Unit of NPF used INTERPOL’S secure global communication network – i24/7 to work with the Police Force across the globe and also help in the investigation of BEC scams liked to Nigeria.

“Preliminary analysis confirmed that the suspect’s collective involvement in BEC criminal schemes associated with more than 50,000 victims. One of the suspects arrested has in his possession more than 800,000 potential victims’’ domains credentials on his lap top. Another suspects had been monitoring conversation between 16 companies and their clients and diverting funds to Silver terrier whenever the companies’ monetary transaction is about to be made.”

Sending a note of warning to the public, the Police reminded all and sundry of the need to protect themselves as increased threats of cybercrime continues to make wave, stressing that the following advice featured in INTERPOL’s #JustOneClick, #WashYourcyberHands, #OnlineCrimeIsRealCrime and #BECarefulcampaigns be strictly adhered to.