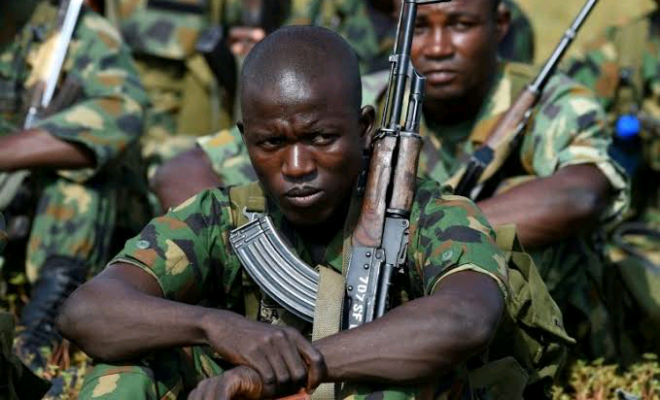 Amid the ongoing fight against insurgents in some parts of the country, about 300 soldiers have disengaged from the Nigerian Army, Town Crier News Nigeria has learnt.

According to two separate lists obtained by our correspondent, the said soldiers are drawn from various formations across the country.

While the first list contains the names of 27 soldiers, the second listed 191 soldiers. The lists, however, did not distinguish between those embarking on voluntary retirement and those who resigned for medical reasons.

The approval of the formal disengagement of another 77 soldiers was contained in a memo dated January 13th, 2022, as seen by our correspondent.

It read in part, “In compliance with the provisions of Reference A. the COAS vide Reference B has approved the voluntary discharge of the above named MWO and 76 others. The soldiers are to proceed on terminal leave WEF 10 Jun 22 while their disengagement dhe takes effect from 10 Jul 22 in accordance with the NA Administrative Policy and Procedures No 27 Paragraphs 3 and 4.

“Accordingly, I am directed to please redest you relay to their units to release the affected soldiers to report at HQ CAR with their unit service documents for documentation NLT 15 Mar 22 with a current photograph and ensure that:

“a. All forms of military controlled items, arms, ammunition and items of combat kits are recovered from the prior to the disengagement date and certify that they are properly de-kitted.

“b. They complete all necessary documents for withdrawal from:

The Nigerian Army or its spokesperson is yet to confirm the development at the time of filing this report.

However, this isn’t the first time that soldiers are exiting the Nigerian Army. In January 2021, Premium Times reported that a total of 127 soldiers — who have neither attained retirement age nor mandatory years of service — resigned from the Army, dealing a huge blow to the fight against insecurity in the country.