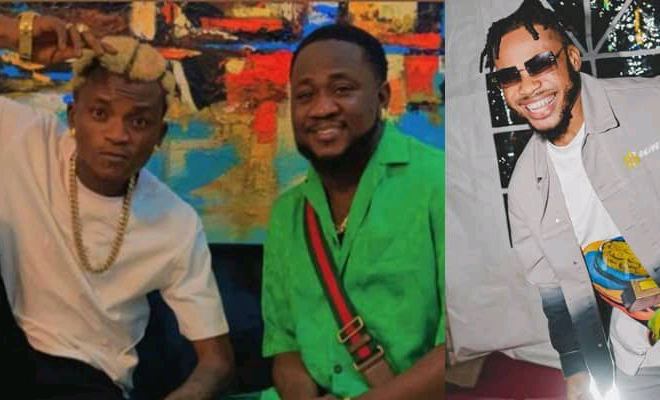 It appears the relationship between fast-rising singer, Portable and Poco Lee has turned sour after the former accused the celebrity dancer of theft.

Portable, whose song ‘Zazoo Zeh’ featuring YBNL boss, Olamide and Poco Lee, is currently enjoying massive reception from fans, took to his TikTok page to call out the dancer for ripping him off his money.

The fast-rising singer, in a now-viral video, explained that the dollars he was sprayed by Afrobeats superstar Wizkid at a recent show was stolen by Poco Lee, saying the dancer only gave him $600 out of $3,000.

He also alleged that the dancer is receiving credit for their hit track, citing the arrangement of names on the song.

“Na me get Zazoo. It should be Portable X Olamide featuring Poco Lee. Are you mad or something? N*gga, respect yourself. If they talk to you, don’t argue. Do normal, so you can buy a Hummer o,” Portable ranted.

Meanwhile, popular music promoter, Kogbagidi who is party to the singer’s rise to stardom has reacted to the development. In a video shared on his Instagram page, he was seen berating Portable for his outburst on social media.

Interestingly, the accused dancer, Poco Lee has maintained silence over the matter.