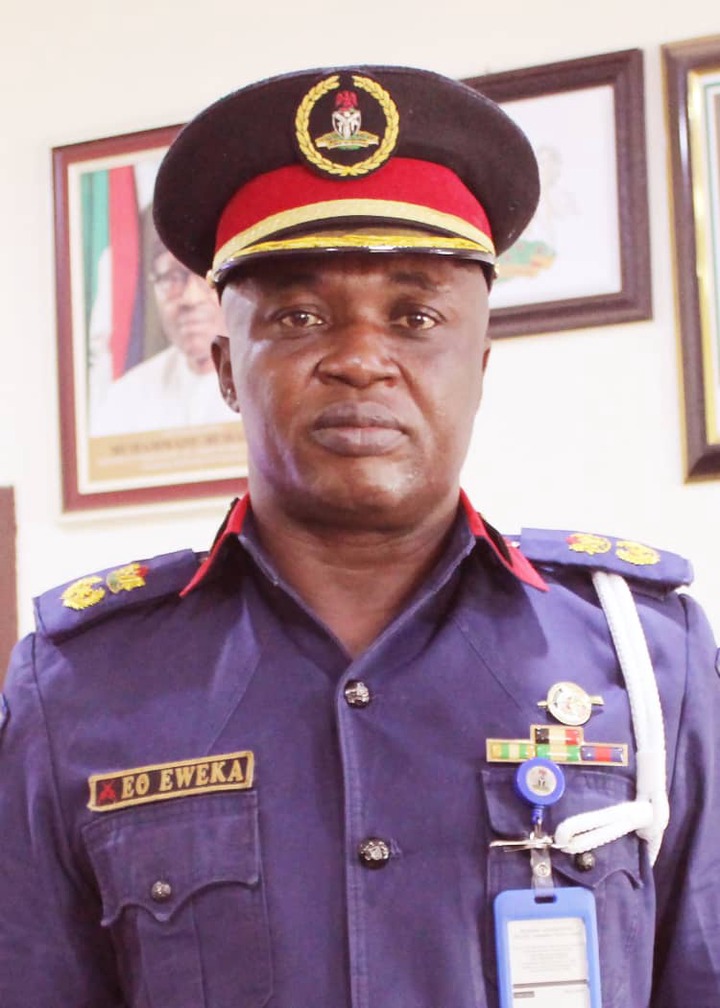 The Commandant, Nigeria Security and Civil Defence Corps, Lagos State Command, Commandant Eweka Douglas Okoro, yesterday, 3rd July, 2021, deployed men to secure lives and property and protect critical national assets and infrastructure amongst other things, in Lagos state. This move was pertinent, following the active participation, of the Corps at the joint show of force embarked upon, by the Lagos Police and other Security Agencies, which took place on the 2nd July, 2021, at the Lagos Police Command and in various Police formations across the state, in preparation and readiness for the planned Yoruba Nation Mega Rally in Lagos, scheduled to be held yesterday, by its organizers at the Gani Fawehinmi’s Freedom Park, Ojota, Lagos.

The personnel of the Nigeria Security and Civil Defence Corps, Lagos Command, which were drawn from the various departments and units of the State Command Head Quarters, Special and Tactical Units, Area Commands and Divisions such as: Operation, Crisis and Disaster Management, Special Duty, Intelligence and Investigation, Arms squad, Public Relations Unit and the Area Command and Divisional offices, across the state worked in a joint operation with the Lagos Police and other security agencies, to forestall any form of break down of law and order in the state.

It is also pertinent to note that in as much, as the rights of all citizens is to be protected, also citizens who were going about their normal businesses needed to be protected and government property, assets and infrastructure either; Federal, state and local governments can not be compromised under any guise by the Corps in Lagos.

These reasons amongst others informed our tactical moves to ensure we secure Lagosians and the state in collaboration with the Police and other security agencies.

However, the essence of stationing our personnel at strategic locations across the state was one of the proactive measures adopted, to ensure that miscreants are not allowed to hijack the planned rally to achieve their uprooted evil agenda, which may also have detrimental or negative impacts on the socio-ecomomic activities of Lagosians at large.

Commandant Eweka Okoro who personally monitored and patrolled different axis across the state with his team of officers, said that we have counseled our men to ensure best int’l standard procedures and practices were followed, during the joint operation as the Nigeria Security and Civil Defence Corps is largely known for that nationally and globally. He said that the Corps will continue to collaborate with the Police and other security agencies in the state, to ensuring the state remains a safe haven for inhabiting and doing business amongst others.

Finally, the Commandant affirmed that the Command will continue to support the government of Lagos State in the provision of proactive and durable security services in the state amidst others. He also assured Lagosians to be rest assured of the strong and qualitative security services rendered by the Corps and other security agencies in the state, to ensuring they sleep with their two eyes closed at all times.