The corrupt Police Officers was on Friday January,21 2020,admitted that they actually collected the sum of Seventy Thousand Naira from Mr. Segun,for violating the Traffic Laws of Lagos State.

The Corrupt Police Officers however admitted that all actions taken on that faithful day were totally wrong ,that the CP should please forgive them and tempered justice with mercy,such will never repeat itself again.

This declaration was made a the Office of the Lagos State Commissiner of Police Lagos State Police Command Ikeja Lagos.

The Lagos State Police Command has immediately ordered the arrests of four (4) police Inspectors that allegedly harassed and extorted 70,000 (seventy thousand naira only) from one 16 year old student, Segun, on 18th January, 202, at NGAB Junction, Isheri Area of Lagos State, in a Toyota Corolla car.

The picture of the policemen, that were caught in the act of unprofessionalism and extortion, had gone viral on the social media which attracted the Complaint Response Unit of the Nigeria Police Force, Force Headquarters Abuja, to track the policemen for necessary police action.

The matter was subsequently referred to the Lagos State Police Command for further action.

The police Inspectors arrested are:

After due interrogation, the policemen confessed to the crime and refunded the 70,000 (seven thousand naira) to the student, on bond, which forms the key credible evidence/exhibit in the case.

The Commissioner of Police, Lagos State, Hakeem Odumosu, has condemned the act of the Police Inspectors which is detrimental to the image of the Police Force and counterproductive to the ongoing reform agenda of the Inspector-General of Police, IGP Mohammed Abubakar Adamu, NPM, mni.

He has however ordered for the orderly room trial of the Inspectors with immediate effect so as to serve as deterrent to other criminally-minded police personnel in the command and beyond.

CP Hakeem Odumosu also warned officers and men in Lagos State that the command will spread its tentacles in fighting against such criminal, unprofessional and disgusting act amongst police personnel in Lagos State. 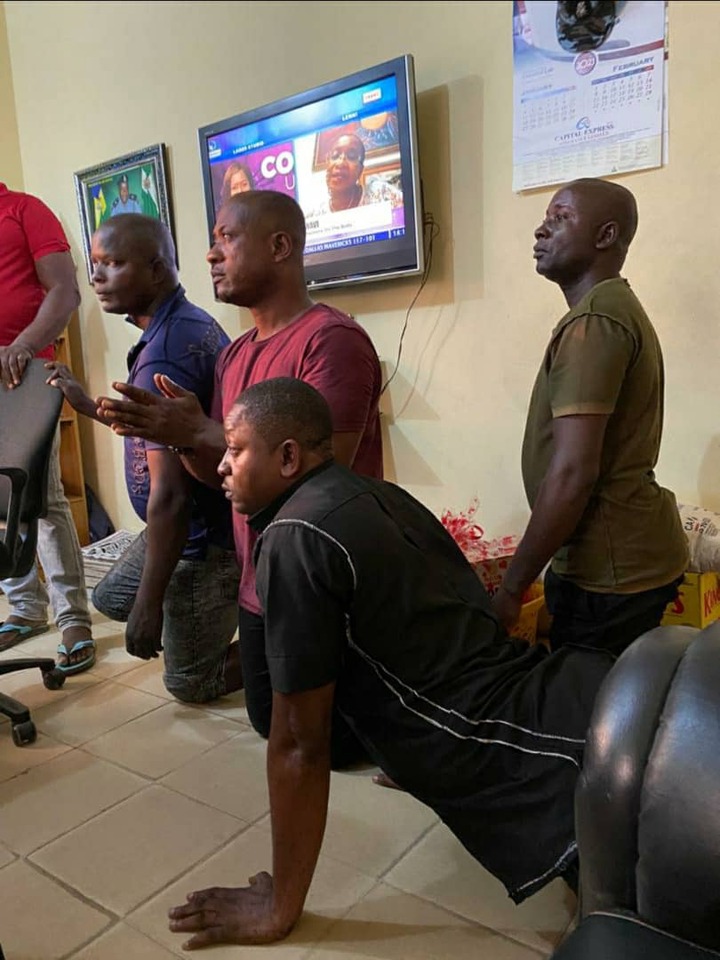 The corrupt Police Officer prostrating at the CP’s Office ,begging CP over their miss conduct act

He also assured the general public of people-oriented and community-based policing styles in Lagos State, as justice will be done in Segun’s case.