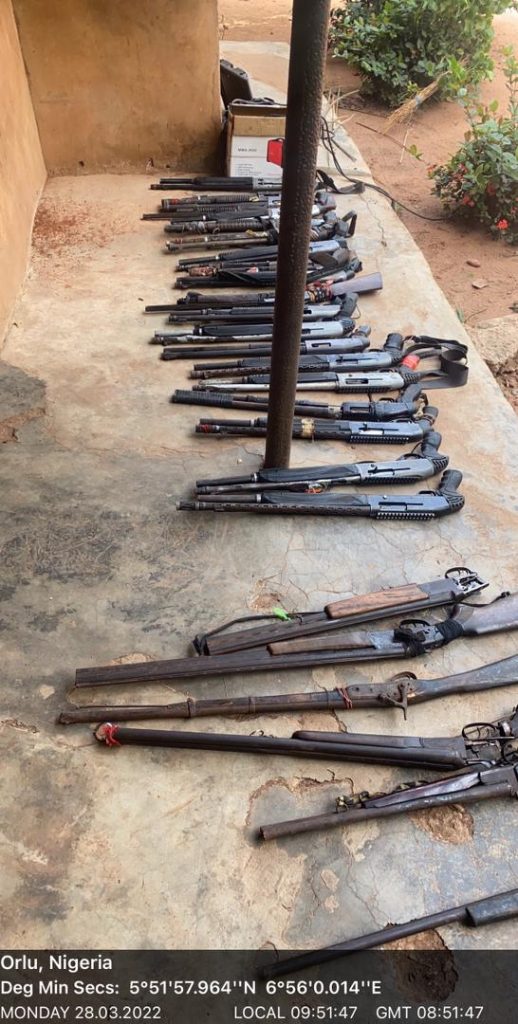 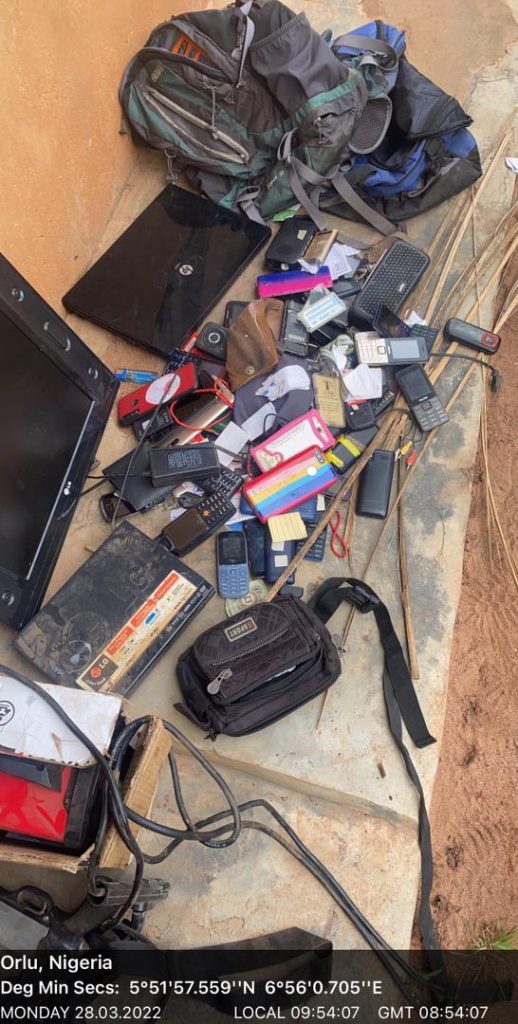 During the clearance operations along the border communities, troops were met with stiff resistance from the dissident elements, as they closed in on their enclave. They were overwhelmed by troops’ superior firepower, forcing them to abandon their hideout. After over running their camp, the gallant troops carried out further exploitation and recovered a cache of arms, comprising 22 Pump Action rifles, 19 Dane guns and 6 machetes. Other items recovered include assorted mobile phones, simcards, monitor and a laptop. One operational Hilux vehicle and various voodoo items and charms were also recovered.

Investigations revealed that the hideout served as the operational base of one Innocent Obieke (aka Double Lion), who is said to be the head of the vigilante group in the area, but surreptitiously coordinates the criminal activities of IPOB/ESN in the area. The suspect is currently on the run, while troops have intensified operations to close in on him and his cohort. 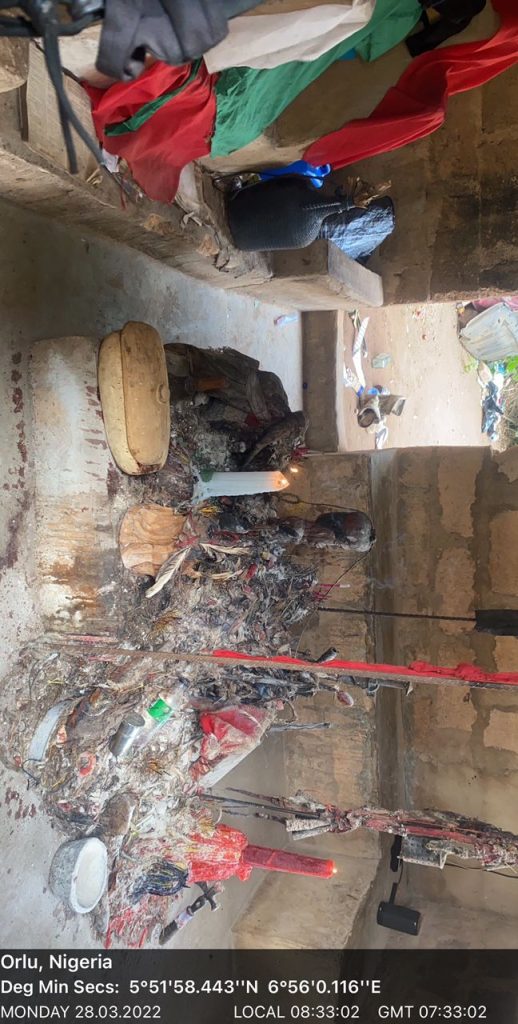 Members of the general public are please enjoined to continue to support troops and other security agencies with credible and timely information that will lead to the arrest of criminal elements in their vicinity.