The General Officer Commanding 81 Division Nigerian Maj Gen OC Ajunwa has decorated 23 newly promoted Senior Officers of the Division who were privileged to be among the beneficiaries of Lieutenant Colonel to Colonel and Major to Lieutenant Colonel promotion approved by the Army Council for the year 2022.

Giving his remarks during the ceremony,the GOC congratulated the senior officers for a well deserved elevation, adding that the promotion was a confirmation of their loyalty, dedication and commitment towards supporting the NA in achieving its constitutional mandate. 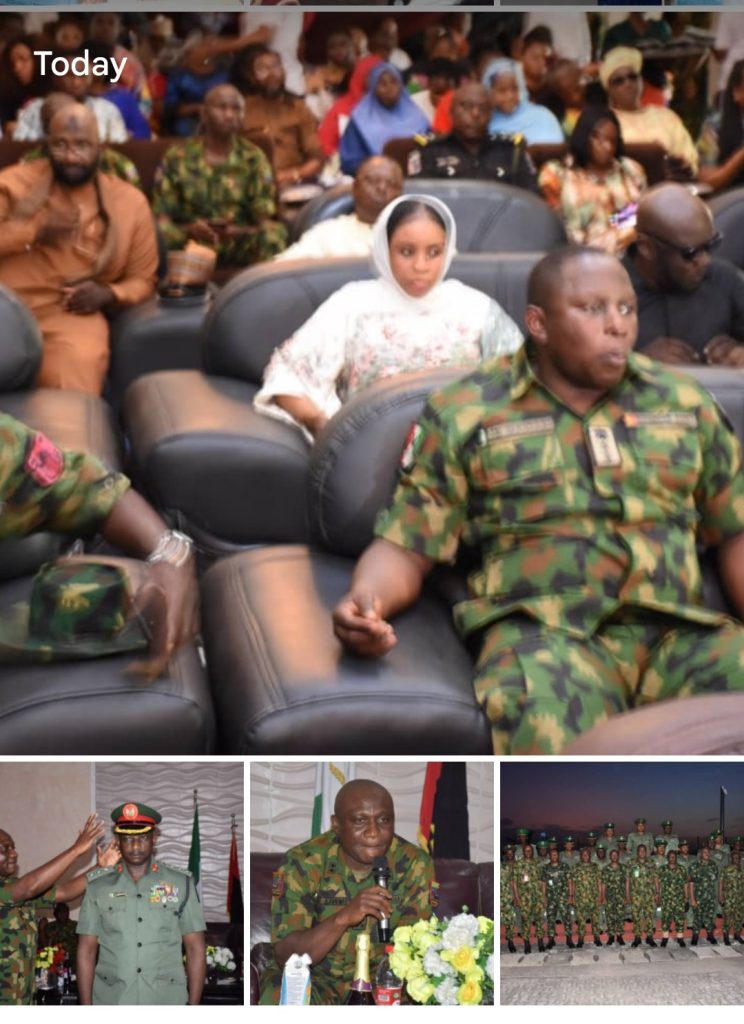 Maj Gen Ajunwa enjoined the promoted officers to redouble their efforts as promotion comes with additional responsibility. He further urged them to ensure that the benefits that come with their new ranks are utilized to improve their families’ welfare. He further appreciates the families of the celebrates for their continuous prayer and support to the celebrates.

Expressing appreciation, Colonel Tahir J Abdullah on behalf of the newly promoted officers thanked the the Army Council and the Chief of Army Staff, Lt General Faruk Yahaya for finding them worthy to be promoted. He also expressed his gratitude to for his guidance which propelled them to attain the enviable feat in their chosen career. Also expressing his gratitude he thanks the GOC, Commanders and other senior officers for their words of encouragement.

The event was attended by senior officers, families of the beneficiary, invited guests among others.the high point of the event was a group photograph.

The Spokesman of the Nigerian Army 81 Division, Olaniyi Joseph Osoba has added a new feather to his cap. Previously Major O.J Osoba, he has been promoted to the rank of a Lieutenant-Colonel.