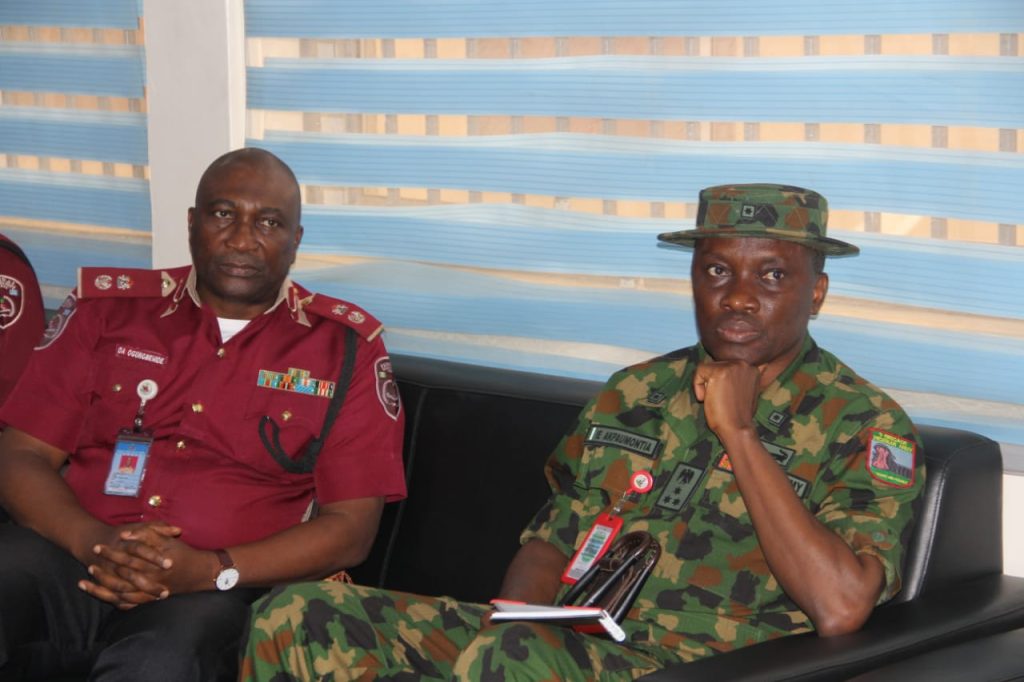 The Commander inspected quarter guard mounted in his honour and was received on arrival by DCC Tajudeen Mafe, FRSC Lagos Sector DCC Logistics.

He appreciated the Sector Commander for his good work in improving the traffic situation of Lagos State. 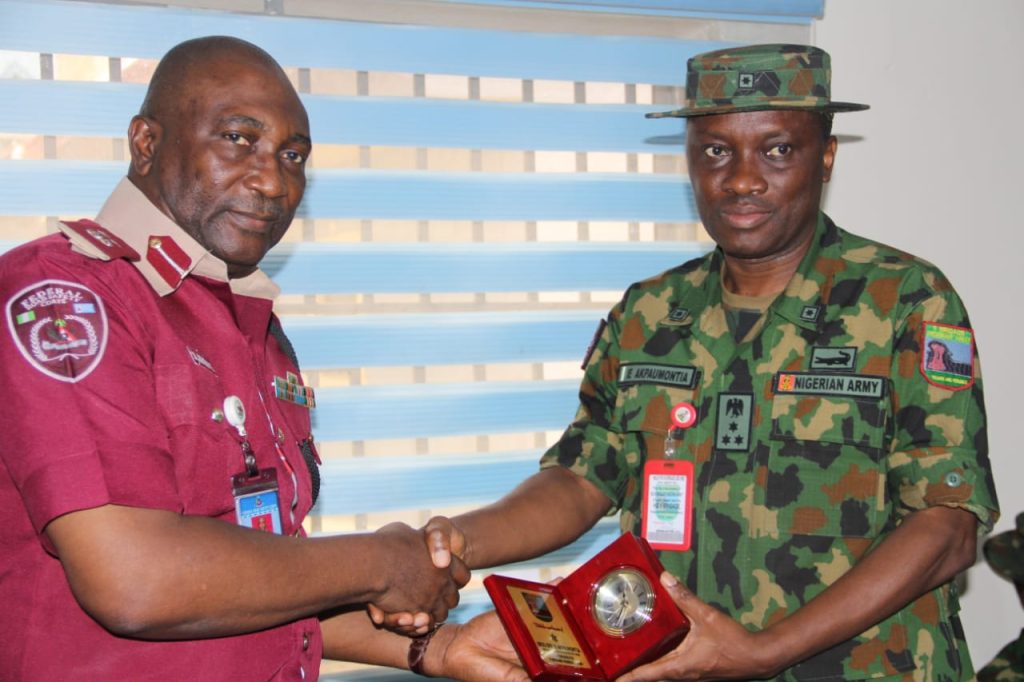 He stated that the visit is aimed at familiarising himself with the Command after taking over 9 Brigade Nigerian Army Command on the 5th April 2022.

He called for a strengthened collaboration and cooperation between the two agencies and promised not to hesitate in rendering service when called upon.

The Sector Commander in his response appreciated the Commander for deeming it fit in paying visit to the Command.

He stated that the Command has been enjoying the Army’s support especially in handling recalcitrant road users on Lagos- Ibadan Expressway. He promised the Commander a sustained synergy particularly in renewal of their Driver’s License of his personnel and informed him on the need to advise his men to always identify themselves to Road Safety operatives in the spirit of “Esprit de Corps” while in need of her support. This he said will enhance inter Agency collaboration and prevent avoidable conflicts.

The Brigadier General was accompanied by his Operation Officer; Major T Emuren, Director Public relations; Major AK Bello, Major A. Sanusi amongst others.