Police Arrests Abductor/Killer Of A 6 Year-Old In Kogi 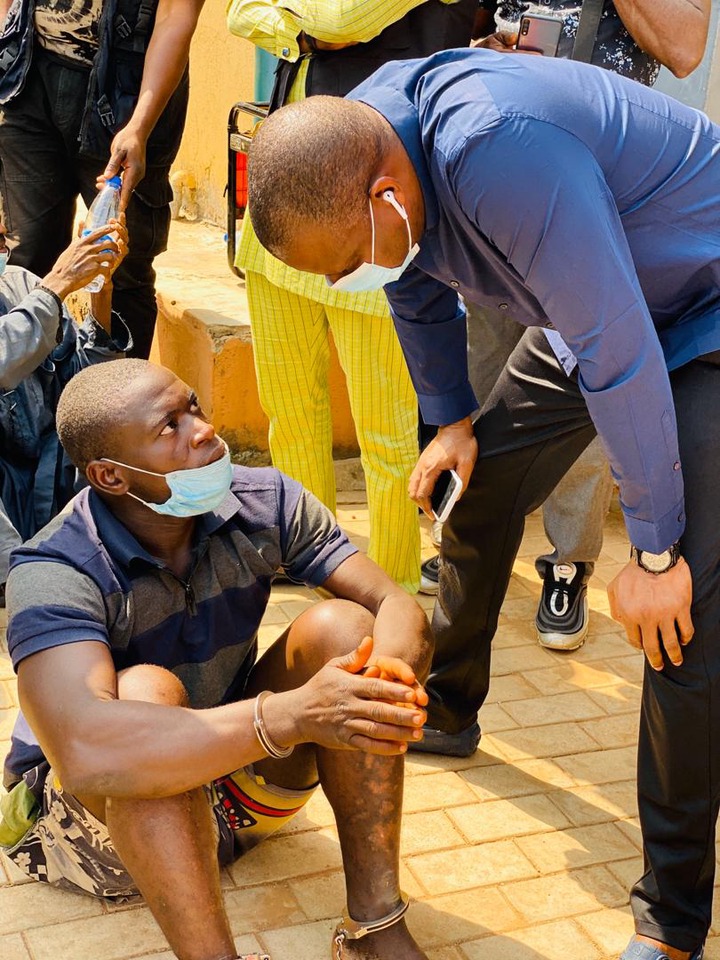 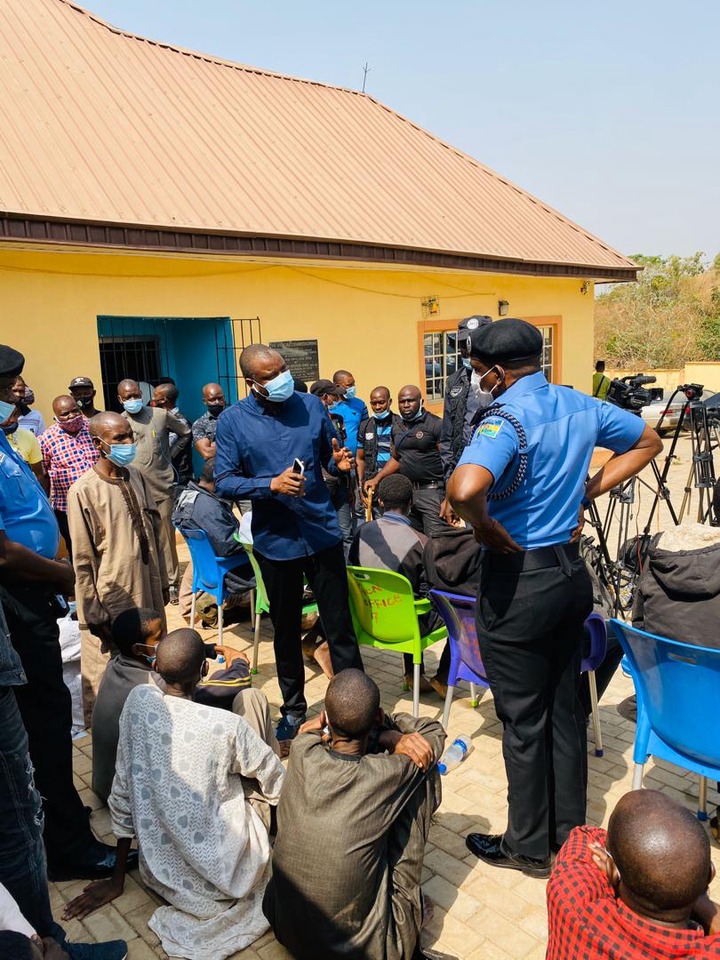 Operatives of the Nigeria Police Force Intelligence Response Team IRT have arrested one Friday Domozu, 23years native of Jarkama Village, Bassa LGA of Kogi State, the leader of the kidnap gang responsible for the abduction and killing of a six year old, Farida Yahaya ‘m’ at the Gabije Area of Kogi State on 2nd November, 2020. The victim was abducted alongside one Abdulraheem, ‘m’ 14years old who narrowly escaped from the kidnappers den. Investigations by the Police team revealed that the kidnappers demanded a huge sum as ransom from the family of the little girl before she could be released, but eventually killed her owing to the inability of the family to meet up with their demands. Efforts by the Police team to rescue the little girl led to the arrest of the principal suspect, Friday Domozu who led the Police Team to a deep forest at Gabije area of Kogi State where the remains of the little girl were recovered. The Police Team also exhumed the decomposing body of another victim later found to be that of one 40years Ibrahim Madaki earlier declared missing. The remains of the victims have been deposited for autopsy. Friday Domozu also revealed to the Police team that he is an ex-military trainee who was declared unfit and subsequently withdrawn 5-months into training based on medical grounds. Efforts are being intensified to arrest his gang members still at large.

Similarly, the Police Team arrested one Halidu Usman ‘m’ of Akwanga, Nasarawa State, the gang leader of the group responsible for the killing of an Assistant Comptroller of Immigration, Late ACI Salisu Usman at Gudi area in Akwanga LGA, Nasarawa State on 15th June, 2020. The suspects stormed the house of the victim, killed him and his younger sister, Sa’adatu Usman, a final year medical student of the Usman Danfodio University, Sokoto State. The killers also abducted the wife of the victim, Asmau Salisu and collected ransom from the family before her release. The suspect is assisting the police team in the investigations and arrest of other members of the group still at large.

Police operatives also arrested four (4) kidnap/armed robbery gang members responsible for the recent series of kidnapping of some staff of the Ahmadu Bello University (ABU), Zaria and their families. The gang members; Abubakar Aliyu a.k.a Maigiwa, ‘m’ 27years, Aliyu Bello ‘m’ 18years, Ishaku Kabiru ‘m’ 30years and Abubakar Yakubu a.k.a Dogo ‘m’ 23years, were arrested following police investigations and rescue operations for the kidnap victims. The arrest of Abubakar Aliyu a.k.a Maigiwa led to the arrest of the other three (3) gang members. Abubakar Aliyu is a security staff of ABU Zaria who provides information to the gang on the movement and lifestyle of the victims. Some of the victims were rescued during the operation and reunited with their families.

Also, in a follow-up on investigations and information provided by a kidnap victim who identified and raised alarm on citing one Ibrahim Idris a.k.a Naira as a member of the gang responsible for his kidnap and collection of ransom before his release, the Police Team on 7th January, 2020 arrested the suspect which led to the arrest of two other gang members; Abubakar Yusuf a.k.a Ndalati ‘m’ 42years and Abubakar Ahmodu ‘m’ 20years. Investigations reveal that Abubakar Ahmodu is responsible for spying on and identifying potential victims of kidnap for the gang. As a matter of fact, he provided intimate details about his father which led to the kidnap and eventual extortion of a ransom of Two Million naira from his biological father.

All the suspects will be charged to court on conclusion of investigations.

Meanwhile, the Inspector General of Police, IGP M.A Adamu, NPM, mni has reiterated the commitment of the Force to cracking down on perpetrators of violent crimes in the country. The IGP expresses his sincere appreciation to the citizens for the useful information they avail the Police with which no doubt have continued to yield positive outcomes as seen in the arrest of the twenty-five suspects. He seeks further cooperation and assures that the Force will remain resolute to ensuring a safe and more secure country for all.

FUNDRY TO BOOST INNOVATION AND ‘TECHPRENEURS’ WITH 2021 ‘ACCELERATOR’ PROGRAMME