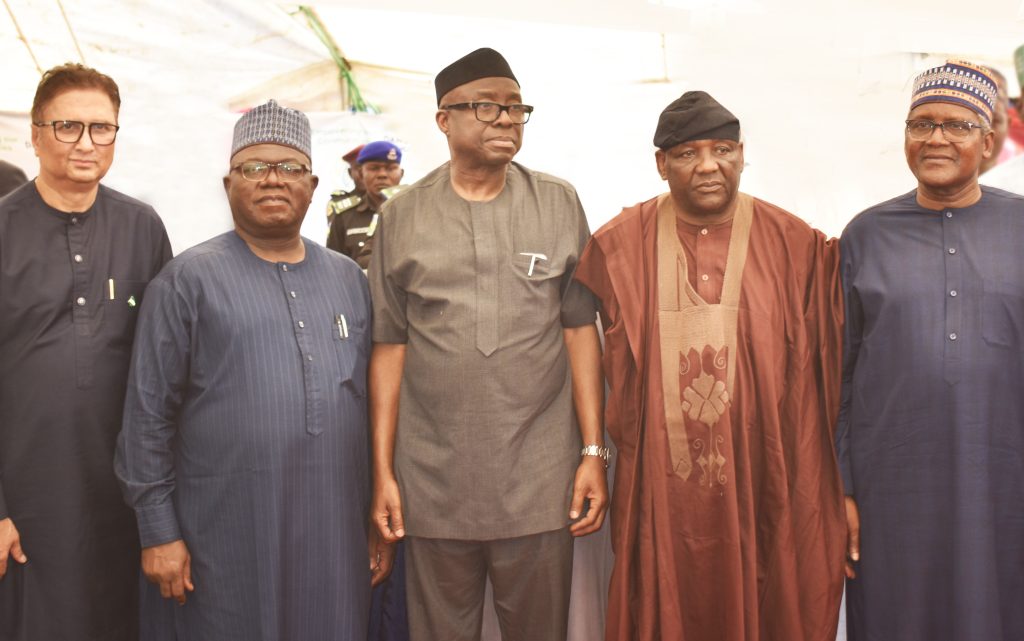 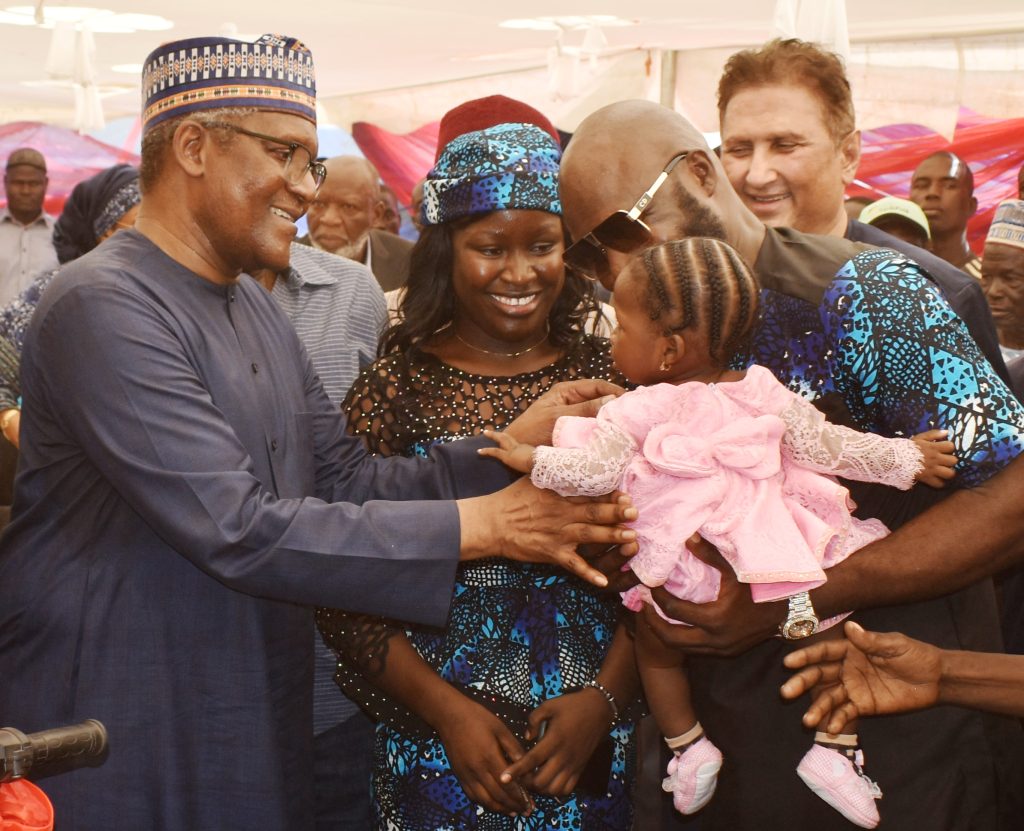 President of the Dangote Group, Aliko Dangote has announced that the Dangote Sugar Refinery (DSR) Plc is significantly scaling up its investment in the sugar sub-sector in line with the requirement of the Nigeria Sugar Master Plan (NSMP).

Speaking at the Flag off ceremony of the 2022/2023 Crushing Season and Outgrower Scheme Awards in Numan, Adamawa State, Dangote said the company is making massive investments in Adamawa State through the expansion of DSR Numan sugar refining capacity from 3,000 tonnes of cane per day (tcd) to 6,000 tcd, 9,800 tcd and to 15,000 tcd.

Noting that increasing the sugar refining capacity will require a corresponding increase in sugarcane production capacity, he revealed that the company has concluded plans to increase its sugar plantation from the current land area under cane production of about 8,700 hectares in 2022 to about 24,200 hectares within the next 7 years. He also assured that the company will double its scholarship and empowerment schemes in its host communities.

He said: “We are thus committing over $700 million to our investment in the Backward Integration Programme (BIP) to enable us put in place needed infrastructure for the eventual commencement of full-scale production.”

Dangote further assured that Dangote Sugar will change the trajectory by making Nigeria self-sufficient in the sector.

Already, the company, he noted, has spent billions of naira in developing infrastructural facilities for host communities.

Speaking also at the event, the Minister of Industry, Trade, and Investment, Otunba Adeniyi Adebayo described the Dangote Sugar Refinery as the biggest contributor to the sugar development stride of the Federal Government.

The Minister also commended Aliko Dangote and the Management staff of Dangote Sugar for their massive support through the company’s corporate social responsibility scheme, which he said should be highly commended.

He said agencies under his ministry will partner the company to provide the technical know-how that will support the Dangote empowerment schemes in the host communities.

In the same vein, Governor of Adamawa State, Umaru Fintiri who was represented by his Deputy Crowther Seth said he was amazed by the social-economic transformation carried out by the Dangote Group, adding that it is monumental. He assured the company of the support of the state government and enjoined other corporate bodies to imbibe Dangote’s spirit of job creation across the country.

Speaking on behalf of the traditional rulers, Hama Bachama, Dr. Daniel Shaga Ismail described Dangote as God-sent and pledged that his people would continue to support the company.

Aliko Dangote further announced a Free Education boon for all   the students of Dangote Sugar Refinery High School, among other scholarship winners announced.

The overall best Outgrower farmer, Christiana Rufus thanked the company and promised not to relent in her effort.

Six farmers, mostly women emerged as overall best farmers in the contest, and were given various attractive prizes.