As part of activities lined up for the year 2022 Nigerian Army Day Celebration (NADCEL) troops of the 81 Division Garrison of the Nigerian Army conducted environmental sanitation within Obalende and its environs.

The sanitation which was led by the Commander 81 Division Garrison Brigadier General Nasiru Nagidada started from Dodan barracks and covered the mammy market up to some streets in Obalende. 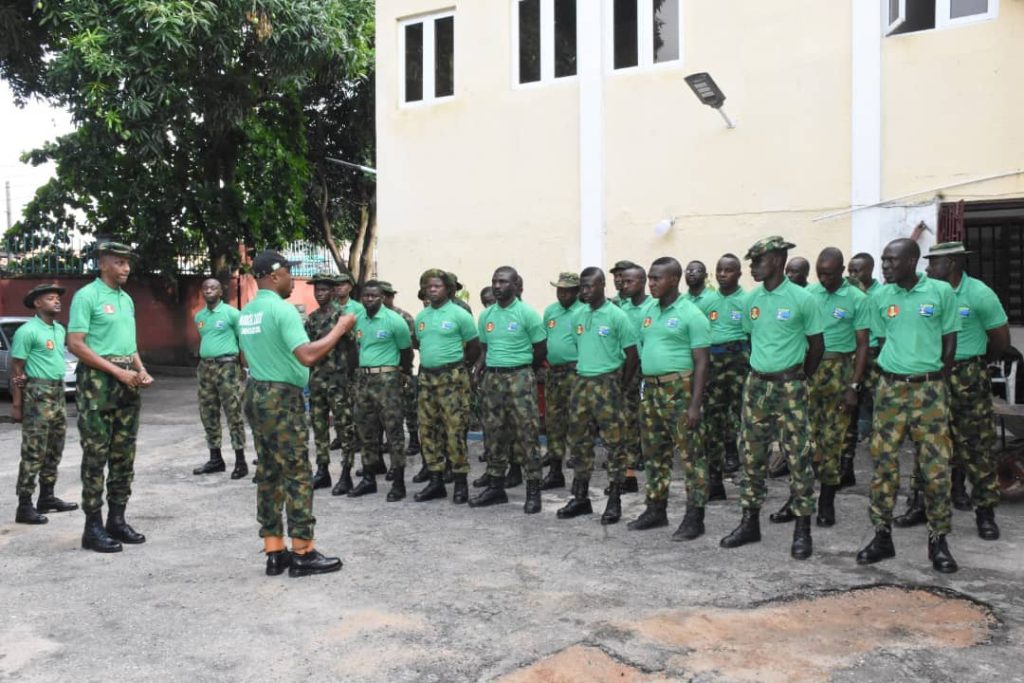 The Garrison Commander assured residents that the NA is always ready to sacrifice anything to create an atmosphere of cordial civil-military relations.

He said the NA cherished its relationship with the civilian populace and will do anything to make it cordial and complimentary.

The Garrison troops were seen in high morale carrying out the sanitation exercise while motorists and commuters, as well as residents, were appreciating the kind gesture of the troops