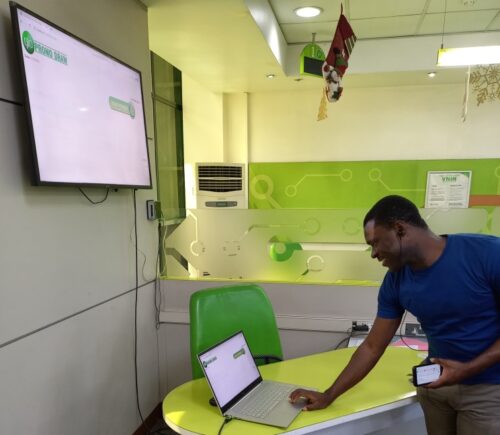 Another landlord   on Thursday emerged in a draw held  to determine the
winner of an exquisite  three-bedroom house  in the Glo Festival of Joy
promo.

The event  which was held at the Gloworld outlet on Adeola Odeku Street,
Victoria Island, Lagos, was witnessed by the media and several customers
who enthusiastically participated in the draw.

The winner whose number was drawn will receive the keys to the house at
a ceremony billed for Friday, January 13, 2023.

Globacom encouraged customers who desire to be part of the promo to
dial *611# and keep recharging (voice and data during the promo period)
to be eligible to win the prizes on offer. Several winners who had
earlier won prizes had received keys to their apartments in  several
cities, including Ibadan, Benin, Lagos, Enugu, Abuja and  Port Harcourt.