The Chief of Army Staff (COAS), Lt Gen Faruk Yahaya has assured that the Nigerian Army(NA) will continue to strengthen its partnership with Nigerians in securing the nation. He gave the assurance when he paid Homage to the Otaru of Auchi Sacred Kingdom, His Royal Highness(HRH), Alhaji Aliru Momoh, Ikelebe III. 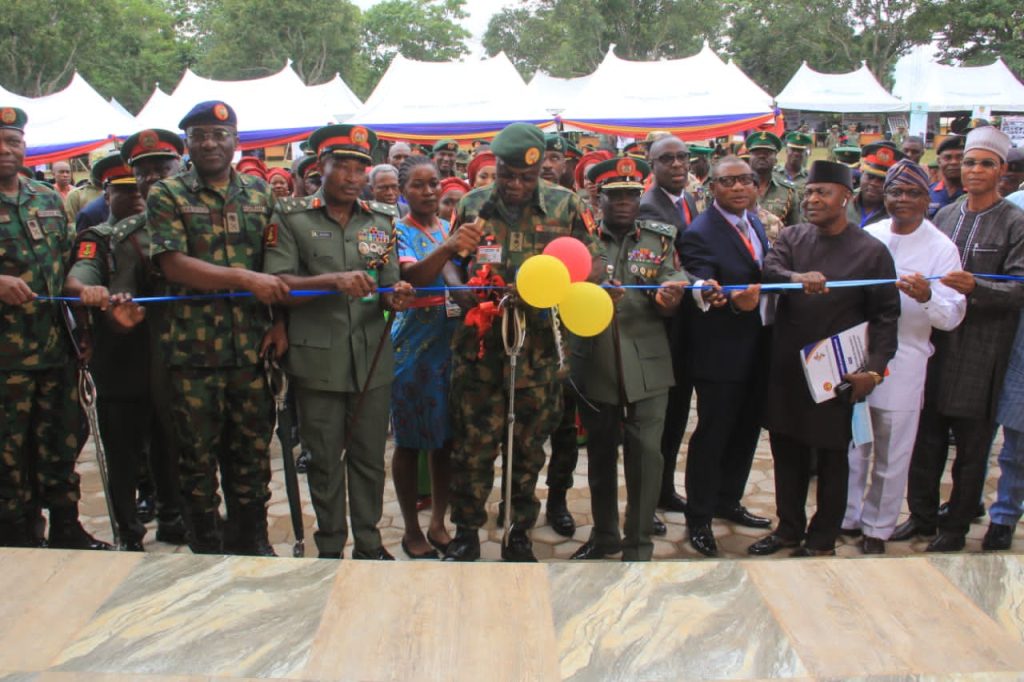 Expressing appreciation to the royal father for his support to the NA, General Yahaya stated that the NA will continue to leverage on partnership with critical stakeholders for the sustenance of peace and security.

While welcoming the COAS to his palace, Alhaji Aliru Momoh assured the COAS of the continuous support of his kingdom to the NA, in pursuit of its constitutional mandate. He prayed for divine guidance for the nation, the COAS and the NA in all its engagements.

While in Auchi, the COAS commissioned the newly constructed Nigerian Army School of Electrical and Mechanical Engineering (NASEME) Multipurpose Hall and the student officers’ hostel of the school. He later declared the maiden Nigerian Army Electrical and Mechanical Engineering (NAEME) Research and Development Seminar 2022 open. Gen Yahaya commended the Corps for the maintenance of NA equipment, despite challenges associated with sourcing of spares. He also extolled the ongoing efforts by the corps to locally produce Rocket Propelled Grenade Launcher tubes, Anti-Aircraft guns, as well as fabrication of spare parts for the NA. 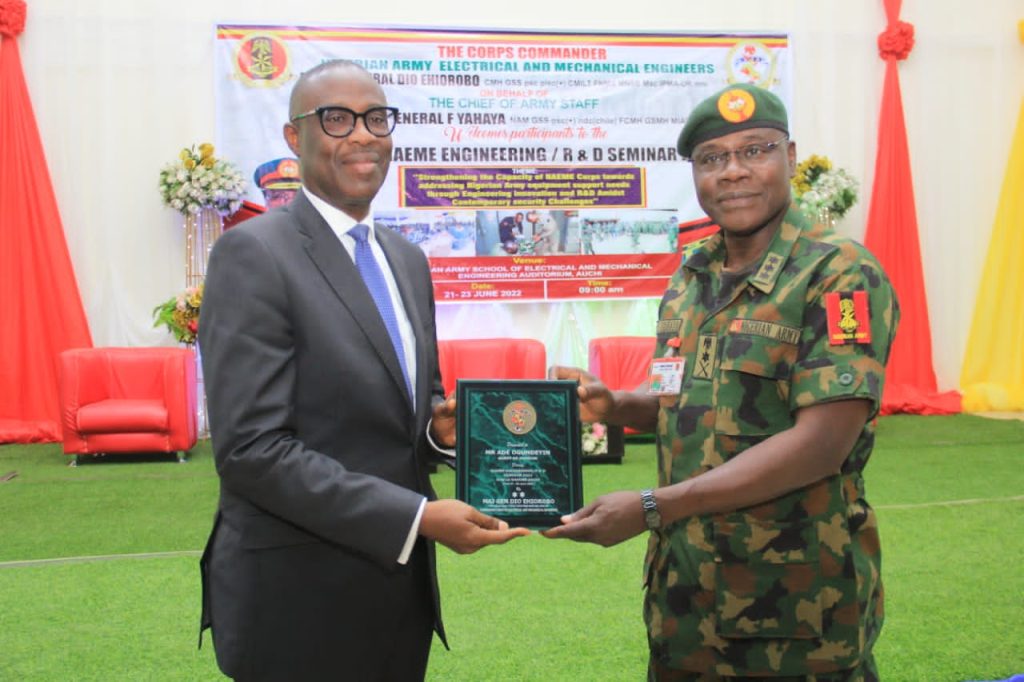