OFFICIALSof Lagos State Building Control Agency, (LASBCA), have started the removal of five defective buildings in Ikoyi in order to forestall any likely accidental collapse and also save lives,

The structures comprising four floors, each still under construction at the end of Patrick Harbour Estate, Ikoyi, were found sinking and tilted, thereby making it imperative to discontinue further construction works at the site.

According to the General Manager of LASBCA, Arc. Gbolahan Oki, the officials of the agency took a proactive approach to prevent the imminent collapse of the structures and save lives. 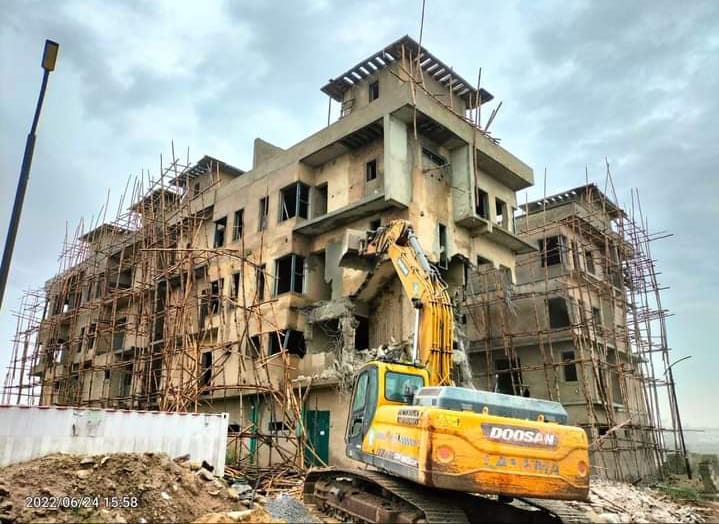 He stated that the removal of defective structures further affirmed the agency’s resolve to ensure the demolition of distressed buildings in any part of the State.

Oki stressed that no fewer than 15 distressed and defective structures have been removed by the Agency in the past two months and the Agency will continue to comb all nooks and crannies of Lagos State to ensure that unsafe buildings are identified and removed accordingly.