The Leader Of INRI Evangelical Spiritual Church, Primate Elijah Ayodele needs no introduction in the prophetic ministry. His ministry which started decades ago has become a huge force to reckon with as presidents of nations, world leaders, state governors, individuals, among a host of many others find it difficult to do without his spiritual directions.

Primate Ayodele with his prophetic prowess has brought respect to the prophetic ministry in the country and the world generally. The holy bible has made us understand that a prophet is known when he speaks and when it comes to pass, Primate Ayodele, though heavily criticized, has been verified countless times as a true man of God with the fulfilment of his prophetic warnings and statements.

Many refer to him as a prophet of doom because of his warnings which eventually come to pass due to the negligence of the people involved, but this same prophet foretold the death of Boko Haram leader, Abubakar Shekarau, the reduction of Covid-19 in the world, production of Covid-19 vaccine, and just recently a permanent cure to Cancer which will definitely come to pass.

The man of God released the 2022/2023 edition of his annual prophecy book titled Warnings To The Nations on Saturday, 9th Of July 2022 and as usual, before the day ended, some prophecies have begun to come to pass, this is a sure sign that truly, Warnings To The Nation isn’t a product of human intelligence but divine signals.

Yesterday, Primate Ayodele was celebrated for prophesying the recent development in Sri Lanka where the citizens invaded their president’s office, ate his food, used his swimming pool, slept in his room to demonstrate their rejection of his government. The president had since then announced that he will resign from the position of the country’s leader. Meanwhile, Primate Ayodele had prophesied on Page 80 of WTN that the president of Sri Lanka will be CHASED out of the office and that he foresees a new government in the country.

Again, his prophecy on Fire Outbreak in Bodija Market, Oyo state has also been fulfilled. Yesterday, there was massive destruction in Bodija Market, Oyo state when fire engulfed the popular market. The Oyo fire service has also revealed that stored kegs of petrol aided the fire incident that destroyed properties and goods worth millions of naira. Primate Ayodele had on page 39 of WTN 2022/2023 edition revealed that he foresees fire outbreak in Oyo markets, just as he warned, the prophecy has been fulfilled. 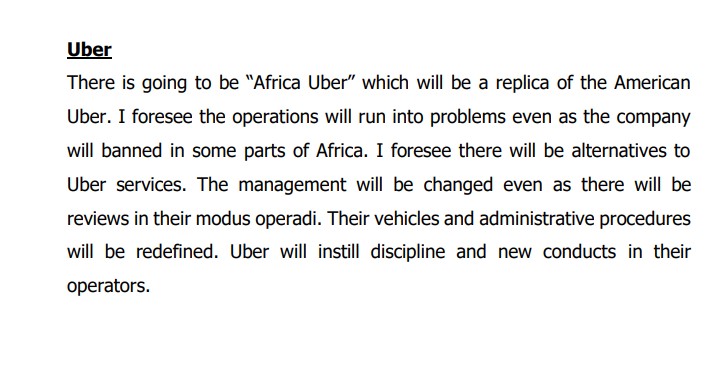