The Commissioner of Police, Lagos State, CP Hakeem Odumosu, today charged Area Commanders, Divisional Police Officers and Tactical Commanders in the Command to enforce discipline on their personnel in order to sustain the standards and core values of the Nigeria Police Force.

The Commissioner of Police made the admonishion today Monday, 21st June, 2021, during a conference for officers of the Command at POWA Hall, Oduduwa, Ikeja-Lagos, where operational, administrative and sensitive matters in the Command were religiously discussed.

The police boss gave instances where some of the personnel in the Command and in other police formations in Lagos State were dismissed or reduced in rank while some were caused to serve other punishments for one disciplinary offence or the other as enshrined in the PoliceAct and Regulations. He emphasised on the need to promote discipline via proper dressing, respect for superior in ranks, punctuality, decency and creditable conducts etc as the professional values of the Nigeria Police Force is anchored on disciplines.

In another development, CP Hakeem Odumosu, also directed officers and men of the Command to intensify efforts on enforcement of restriction order on okada operations in the state. He ordered that okada operations must be brought to a halt at the designated restricted areas in Lagos State.

CP Hakeem Odumosu, equally ordered the Area Commanders and Divisional Police Officers to supervice the Special Anti Traffic Robbery teams and motorcycles deployed to monitor and tackle robbery in traffic in their respective areas of responsibility as the command will not condone any security lapses in any part o 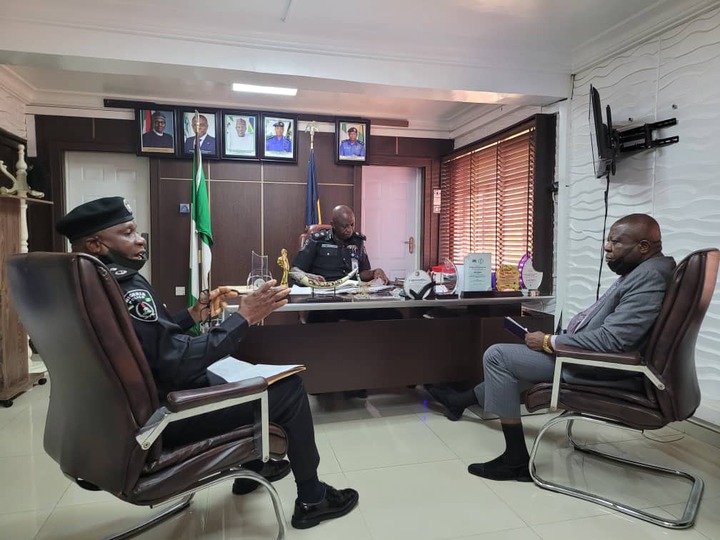 f the state, including the waterways, more so that there is increasing heavy traffic on our waterways in Lagos.

The Commissioner of Police therefore appealed to the general public to always intimate the Command of any professional misconducts of Police personnel so as to assist the Police Command in nipping such in the bud and enforcing discipline in all areas; and to promote professionalism which will boost quality service delivery.