As the construction of the first ever central motor garage begins in Ejigbo Local Council Development Area, Lagos State, the Kabiyesi has ordered that the workers be chased away from the site, thereby disrupting the work. 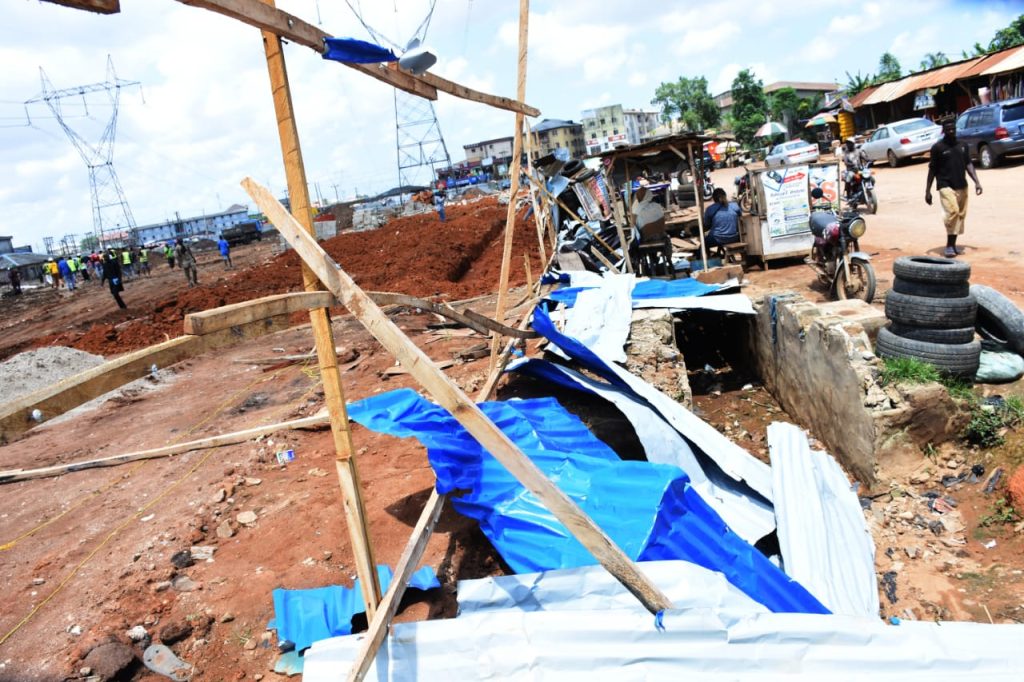 The event occurred in the early hours of today Tuesday 28th June, 2022, at the recently demolished stretch of land under the high tension wire at Iyana-Ejigbo, which is now being used as the construction site for the “Ejigbo Central Motor Garage”. Recall that the contractor for this project is Hazland-M Builders and Properties Limited. 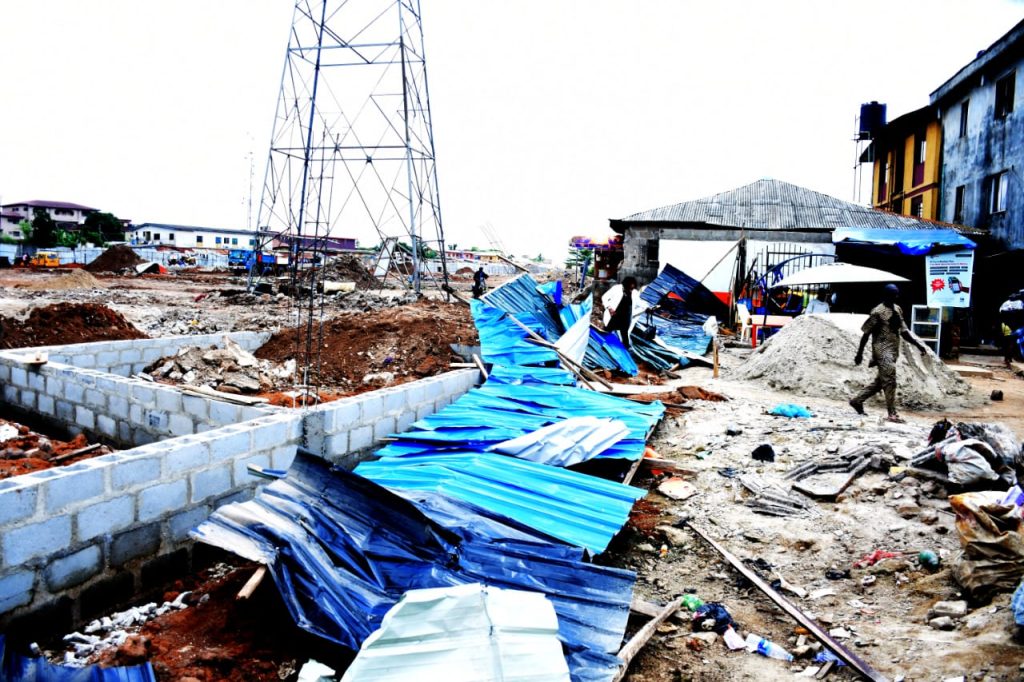 In a closed-door meeting with representatives of the Nigeria Police Force (NPF), the Department of State Security (DSS) and the Lagos Neighborhood Security Corps (LNSC), the Council Chairman gave a background of the occurrence and called for the support of the security agencies. 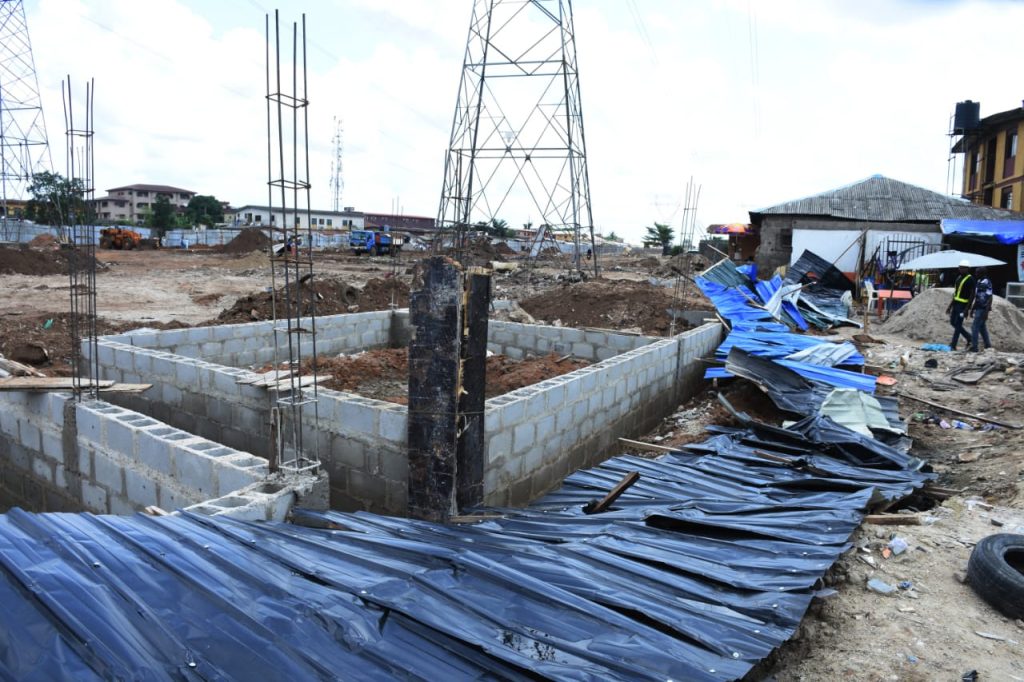 Alhaji Monsurudeen Oloyede Bello (OBE) explained that this morning the Kabiyesi, HRM Oba Morufu Adekunle Adisa Ojoola, the Ojon of Ijan Land, sent his chiefs led by Musibau Balogun and some other people to chase away the workers. This was done without pre-informing the Council Chairman or presenting any formal document from the State Government. 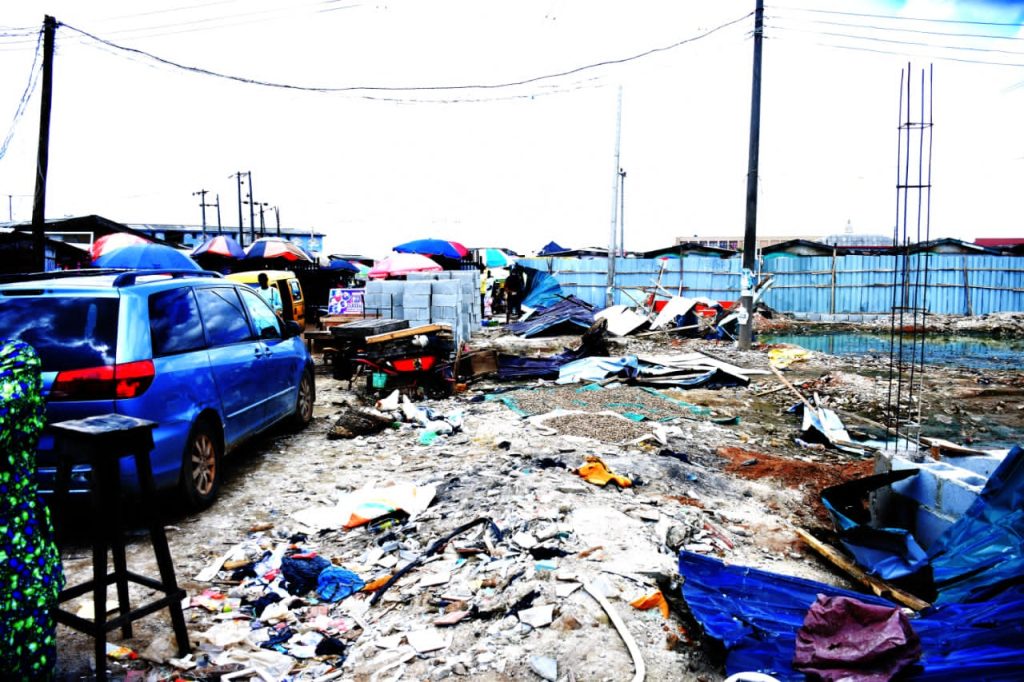 OBE further explained that since the beginning of his first tenure in 2017, he had never denied the Kabiyesi of his rights, which includes: salary and imprest. He doesn’t even stop the Kabiyesi from doing whatever he wants, so far it doesn’t disturb the government. 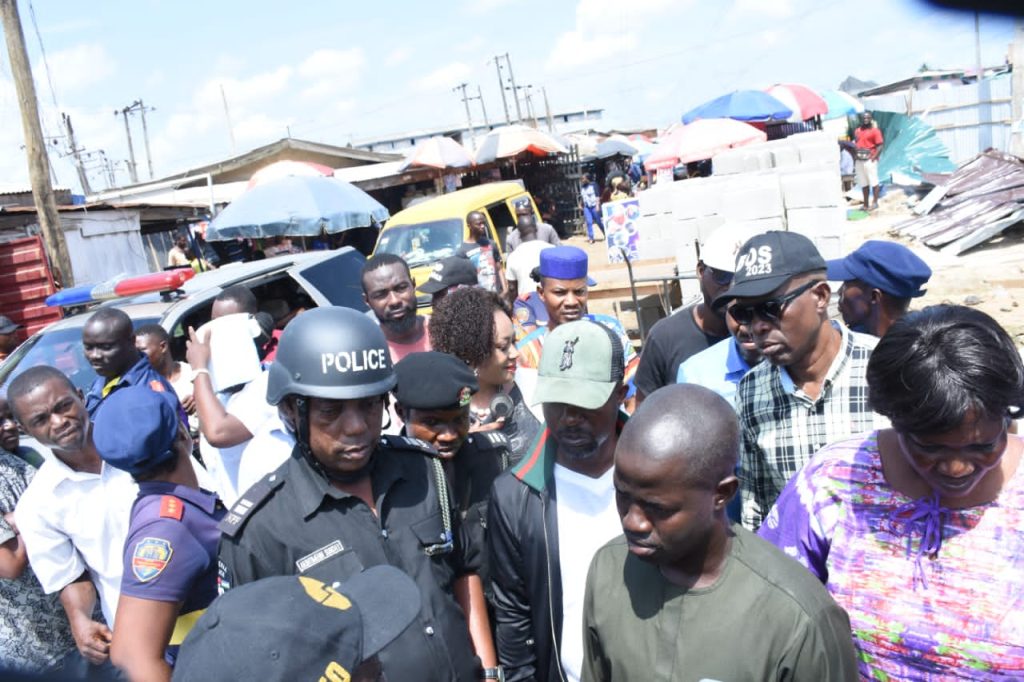 However, the Kabiyesi had never joined hands in developing Ejigbo, nor has he written to the State Government to assist the LCDA through any means. He added that this infact will be the fourth case taking him and the Kabiyesi to the authority. One of the previous cases was the issue of the Ejigbo Central Market located at Iyana-Ejigbo.

Now the Executive Chairman wants to know why the Kabiyesi ordered the workers to be chased away from the construction site, if the land is the Kabiyesi’s private property and if there is a formal document from the State Government to back up the action.

OBE has also invited the security agencies to witness the event and tighten the security of the Local Council, since it is obvious that some people are out to deliberately cause trouble.

THE BACKGROUND of the story
The Kabiyesi had been aware of the plan to construct a standard motor garage in Ejigbo since 2011 when the idea was conceived. This was 11 years ago, when OBE was still the Vice Chairman (during the tenure of Hon. Kehinde Bamgbetan).

The plan resurfaced again during the first tenure of OBE which started in 2017, but it couldn’t come to life due to numerous other projects being focused on.

The plan was part of the campaign promises made towards this second tenure and now work has started on it.

The stretch of land was originally under the control of the State Government, but after several interventions and communication with the Ministry of Transportation, it was handed over to Ejigbo LCDA for the construction of garage and shops.

The Ministry served series of demolition notice, before going ahead with the demolition. The Ministry also cleared the rubbles before handing it to the Local Council.

Even before the back-and-forth interaction with the Ministry of Transportation, the Kabiyesi had been reminded of the plan and he didn’t oppose it. Although at some point it was discovered that the Kabiyesi deliberately delayed the progress in a stylish manner.

Some property owners/ stakeholders had also been invited by the Council Chairman to formally inform them of the plan. Initially they were pleased and showed some level of understanding. But after meeting with the Kabiyesi, they changed their tone and expressed displeasure.

-Even after the demolition, another stakeholders meeting was held at the project site. Concerned property owners, artisans, traders and community members were invited to keep them abreast of the plan.

Now work has started and the Kabiyesi has chased away the workers.

The Executive Chairman, OBE, has now assured residents of Ejigbo LCDA that he would go extra length to ensure that communal growth and development would always supercede individual interest. And the people would always enjoy the dividends of democracy.

He has also promised that he would follow due legal processes and work would resume on the site soonest.

PHANTHOM REPORT ON PURPORTED DISQUIET IN THE NA OVER POOR EQUIPMENT, WELFARE, A FAILED ATTEMPT AT INSTITUTIONAL BLACKMAIL