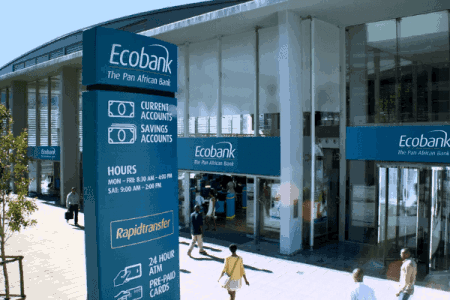 Ecobank Nigeria has entered into partnership agreement with Ogun State government to provide mortgage financing to interested civil servants who are allotees of the state’s housing scheme. Under the housing scheme, the Ogun State Government has developed an acquisition arrangement to build and allocate houses to senior civil servants, to be purchased through installment within a defined period of time. With this partnership, Ecobank is to provide mortgage finance facility to interested and qualified beneficiaries that meet the Bank’s credit risk acceptance criteria and other conditions.

According to the Memorandum of Understanding (MoU) between both parties, the allotee must have been in continuous employment with the state government for at least thirty-six months prior to the application for the facility, while Ecobank is expected to review and approve loan applications based on the agreed terms.

Commenting for Consumer Banking, Ecobank Nigeria, Victor Yalokwu said the Bank is excited with partnering Ogun State Government in its housing scheme for civil servants in the state, stressing that the Bank is committed to deploying its pedigree in mortgage financing and other loans solutions to support the allotees of the houses.

He disclosed that necessary structure and conditions have been put in place to ensure a seamless and stress-free exercise, noting that the Bank will diligently perform its obligations to meet the expectations of both the state government and beneficiaries of the housing scheme. “Ecobank will work with the allotees, provide adequate guidance where required, review the loan applications in line with the Bank’s acceptance criteria and disburse funds for consummated transactions.” He stated.

In his comment, the Ogun State Commissioner of Housing, Jagunmolu Akande Omoniyi said the decision of the government to partner with Ecobank on the project was informed by the Bank’s expertise in mortgage financing, stressing that the state government has implicit confidence on the Bank’s ability to deliver on target.

He pointed out that the construction of low-cost mass houses in the state is targeted at providing decent, quality, and affordable housing to civil servants, adding that many housing projects are currently being constructed by the Ministry of Housing and the Ogun State Property Investments Company (OPIC) as part of the state’s blueprint on purposeful governance and robust development blueprint summarized in a mantra “Building our Future together”.

According to him, “This housing scheme is part of the present administration under His Excellency, Dapo Abiodun plan to build a total of 2,500 housing units in his first 4 years in office as contained in a mantra “Building our Future together”. The housing projects include 130 housing units in Prince Courts Estate at Kemta -Idi Aba Abeokuta as the first phase of the 300 detached and semi-detached two- and three-bedroom apartments. The second phase was the recently completed Kobape Housing estate located on Abeokuta – Sagamu road. This is made up of one, two- and three-bedroom houses numbering over 200. The Governor also reiterated commitment to open up new phases as the new train would soon berth at Sagamu in Ogun East with 200 housing, Ota, Ogun West with 100 units in the third phase of the houses promised to be delivered before the end of the first term of the government.” He stated.

He added that the Governor is poised and committed to provide affordable houses for all in the state to make the state more attractive and cater for the influx of people into the state due to rapid development.

*MURDER INSIDE BRT: IGP AND FEDERAL GOVERNMENT SHOULD TAKE OVER THE INVESTIGATION*