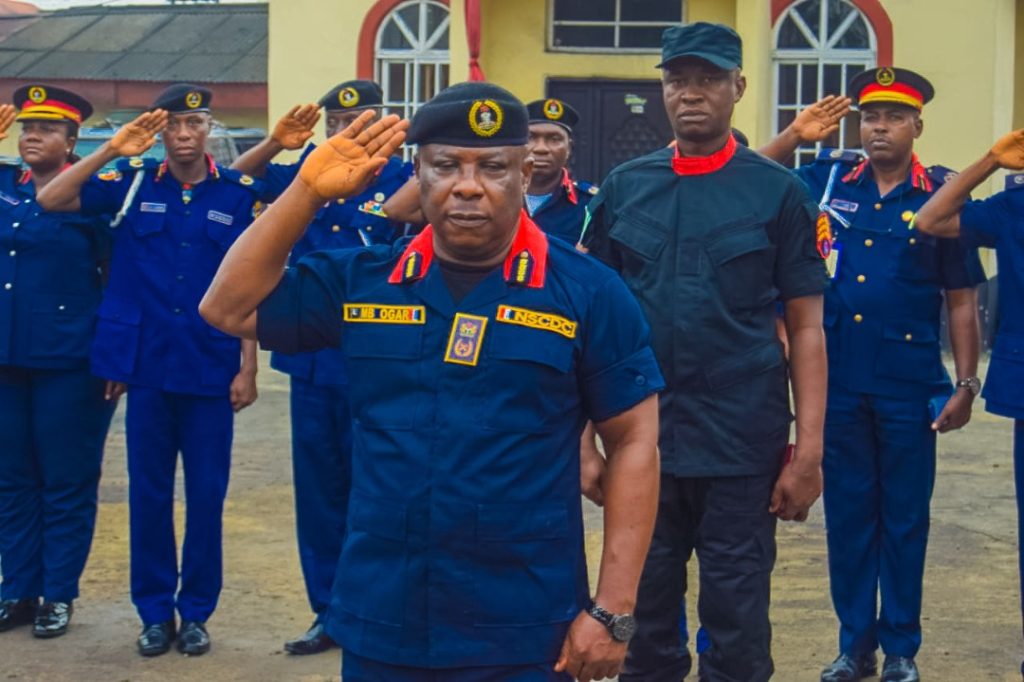 In a press statement e-signed and released to the National Association of Online Security News Publishers, NAOSNP by the Rivers State Command’s Spokesperson, DSC Olufemi Ayodele stated that, “The Nigeria Security and Civil Defence Corps Rivers State Command has a new State Commandant, while addressing the Senior Management Staff Officers, Divisional Officers and other ranks on his first day in office Commandant Michael Besong Ogar said there is much to do in the fight against illegal oil bunkering and illegal dealings in petroleum products in Rivers State.”

“Let me first appreciate the Commandant General, Dr Ahmed Abubakar Audi mni. for giving me such a herculean task; the NSCDC is committed to safeguarding all critical national assets and infrastructure as well as protection of the lives and properties of the citizens. Assuredly, we will do our work without compromise and prejudice.

There is a new Sheriff in town, those in the act of Vandalism and operators of illegal refineries are advised to relocate because Rivers State will no more accommodate them”

Commandant Ogar further maintained that there is need for collaborations among Security agencies and all stakeholders in order to combat the menace of insecurity in the Nation.

He noted that Intelligence is the bedrock of Security hence, the Public must partner with the Corps by providing credible Intelligence and information that would assist the Command to nip in the bud all activities leading to environmental degradation and economic sabotage across the region.

The Command Helmsman however gave a stern warning against violation of fundamental human right of the citizens he said as security agency with statutory mandate the officers and men of the Command must exhibit high level of professionalism and respect for dignity of persons as his administration will not entertain any iota of brutality against civilians and accidental discharge.

“It is expedient for me to reiterate that accidental discharge is not in the NSCDC manual therefore all personel bearing arms must exercise necessary caution while discharging their duties; we will go after those endangering the health of the people through illegal bunkering activities because they are constituting sabotage to the nation’s economy and in due course there would be sanctity in Rivers State… said Ogar”.